Added on December 14, 2014 KMAnderson
No Comments

I will be honest, I hate December record reviews because no one puts out albums in December, with the exception of that Beyonce album from last year, speaking of which, they are releasing a Platinum Edition of that album with some unreleased songs and some more videos. You see? The type of shit that comes out in December is like something that finally got released after being pushed back mad times (Tyga, Nicki Minaj) or some deluxe version, greatest hits, Christmas collection, nothing that compels one to wax poetic about song forms and lyrical musings. So, here are some albums I may not have gotten to, or wanted to, or heard after I already reviewed some. Whatever the case, they are still good, you can buy them for your friends’ Christmas or play them at a New Year’s party or the next day after Christmas or New Year’s.

TV On The Radio — Seeds (Harvest)

TV On The Radio is one of the few bands who have no contemporaries. Their music is representative of a scene, aurally anyways; it does not harken back to the sound of anything before they came along. Even when they were huge, they were individual in approach. They always sounded like TV On The Radio; even when they changed their sound, they sounded like a different TV On The Radio, so even as this record is some years after their last, it maintains that quality. But, it is more straightforward. “Careful You” has Nine Inch Nails-ness about it, but Tunde Adebimpe is one of the best male vocalist of this time, and this song showcases that. “Love Stained” is another superb one, Kyp Malone has made a song about the beauty and disgust of PDA, and it is pretty much spot on, it soars and flies, you will want to grab your lover’s hands, embrace them, and quickly retreat when you realize that you are out in the open. “Winter” almost sounds like something PJ Harvey might’ve done, then it gets really head noddy and transforms into pure gold. People want bands to sound a certain way, and TV On The Radio sounds like that at times, but they also buck a lot of that, and that is OK too.

Here’s the thing — you may never have heard of Blake Mills or you might be his biggest fan — but this record is completely boss either way. “If I’m Unworthy” is one of the greatest songs of the last 10 years, if only to say to one you love “What if I’m unworthy of the power I yield over you.” It is fear, it is appreciation, it is concern and conceit, and that is lyrically, musically it is somewhere between Sam Cooke and “What A Wonderful World” done as a sort of psychedelic blues song. The album, generally, is a collection of fractured love songs about fractured emotions between people, it’s sweetness is tinged with sadness, alter expectations, kicked out couch realizations, kitchen arguments, phone conversations that end in hang ups. It is love, real love, blood and bouquets. “Don’t Tell Our Friends About Me” is magnificent in that it sounds contemporary enough to be done by maybe a John Mayer, but it is still intensely uncomfortable, and crescendos with the line “I know I’ve fucked up.” The album ends on “Curable Disease” a conclusion, even as our love is powerful, all encompassing, it is, ultimately, something we will get over, a curable disease. Fucking brilliant. 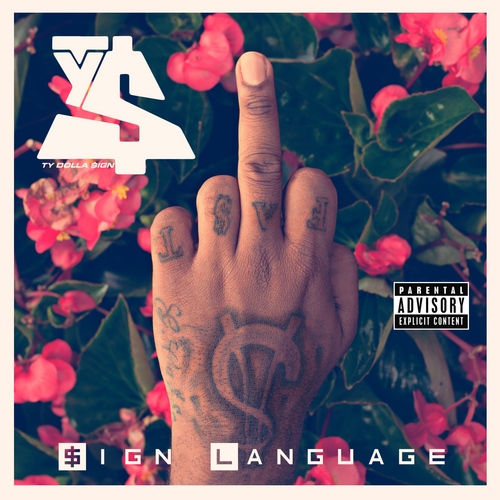 TY Dolla $ign will fuck your girlfriend because you’re a lame, you’re not hitting it right, and he’s rich. That is awful statement, I am sure some would be put off by this idea, but, Ty Dolla $ign makes this sound wonderful. It has the attitude of hip hop, the beats, his favorite producer is J Dilla, “Drank and Cranberry” could’ve been on “Welcome To Detroit.” R. Kelly comes across as sort of an old man now, sort of too old to be chasing ass like that, Ty Dolla $ign is more of a contemporary take. I am not the biggest fan of Wiz Khalifa “Issue” sort of makes me forget that, pretty much all the rap appearances on this album comes across well, and they’re all here : Rich Homie Quan, Rick Ross, Casey Veggies, Dom Kennedy, Big Sean, YG, Fabolous, etc. But it is a Ty Dolla $ign show, no one outshines Dolla $ign. And while I would never imply that these songs are full of derogatory language (several instances to “your bitch”), Ty does say to the ladies get yours, you don’t have to let him treat you that way (now of course, this is all done under the premise, that fucking Ty is the answer, but hey). “Stretch She Better” is sort of romantic, she texts him “I miss your face” after  he lets her know “I brought my gun in case, I’ll shoot that nigga in the face,” and what is he going to when gets there? He’s gonna stretch that pussy out. I bet that Badvice is all about Ty Dolla $ign. Marini’s advice column is pretty much a Ty Dolla $ign song. “Bitches ain’t shit to a real nigga, niggas ain’t shit to a real bitch,” we shall overcome.

Kykeon means to “to stir, to mix” in Greek, appropriate as the title of this album that is a mixture of various styles — Grecian, classic rock, desert boogie (if that were an actual style). This album is a fade into a distant land, a land beyond, way out shit like that. “Topkapi” from its mystic inception weaves and writhes with the guitar acting as the wind, the bass line acting as scenery affected by light and shadow, as the groove sets in and settles, you move further into a place of serenity and joy. “Pannychis” is a the driving scene in that movie where the landscapes is reflected off of mirrored sunglasses, deserts and lone retail shops, clothes blowing on clotheslines, the occasional lizard on a rock. “Gneiss” is the dark violet lit back room, silhouettes of bodies gyrating, drinks and smoky rooms, something in the window. “The Striped Sun” a magical place, spirits, the painted faced man swigging a concoction, night clouds, main character in resolution, we are here now, there is no before, go forth. Play this at your next party. Drink a lot of water. It’ll be OK.