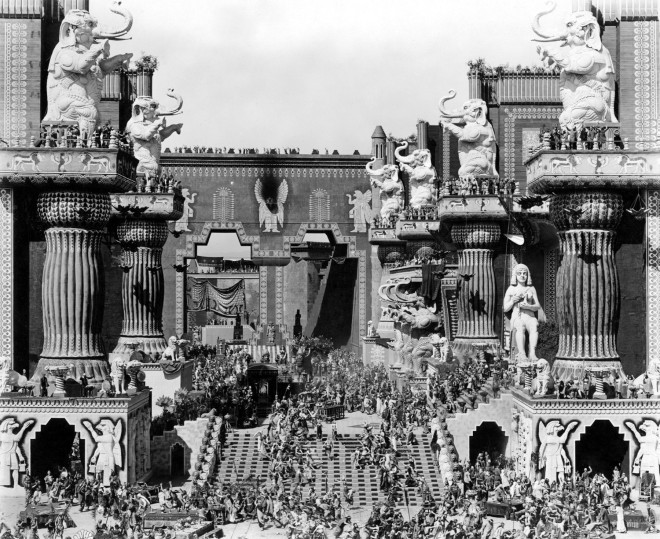 Perhaps spurred on by interpretations of The Birth of a Nation (1915) or perhaps not, David Wark Griffith next explored the theme of intolerance through the ages with his next film. Four stories set hundreds and even thousands of years apart were introduced and then intercut with one another as each reaches its conclusion. Intolerance (11/5, Cohen Media Group) is simply one of the greatest films ever made, and one that introduced innovations few films in 1916 had tried.

Leon casino, This Blu-ray release comes on two discs, one with the film proper and another that contains two additional films by Griffith in addition to a featurette with film historian Kevin Brownlow. One of the points Brownlow makes is about the violence in the ancient battle scenes. One soldier gets his head lopped off, and when he saw Intolerance as a kid he thought it was real. The two other films are reedited versions of two of the stories of Intolerance, that were released in 1919, one of which, Mother and the Law, was actually the basis for Intolerance and that Griffith had shot of version of before Intolerance.

It’s easy to say that Intolerance has never looked better because it’s never been released on Blu-ray, yet this complete restoration includes tinted scenes as in its first run, while the detail of the image is very sharp. Also present are Griffith’s images of carnality, something that tends to be overlooked in lieu of the gigantic sets built for the Babylon sequences and the pure spectacle of the battle scenes.

The stories are as follows: Babylon attacked and conquered by Persians; the Passion of the Christ; a depiction of the royal politics behind the St. Bartholomew’s Day massacre (1572); and a modern tale of a man sentenced to the gallows for a crime he didn’t commit. Bridging transitions between the acts are shots of a woman (Lillian Gish) rocking a cradle, itself a reference to Walt Whitman’s poem from Leaves of Grass, Out of the Cradle Endlessly Rocking (seen in the titles). Events culminate in the previously mentioned ending montage that spans all the stories, ending with a race against time to stop the execution in the modern story.

The sets made for Intolerance are a story onto itself. They covered blocks in the area that is now a hub of Hollywood, although they were torn down in 1919. Yes this is a silent film with a great Carl Davis score and it’s lengthy, and some people just won’t go there. They don’t know what they’re missing.

Break Yo Back: The Best of The Week