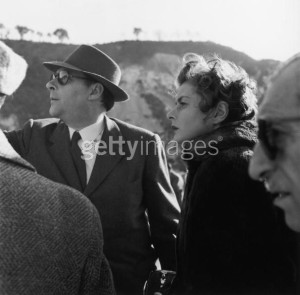 Back for its second year the Cinema Arts (Film) Festival Houston proves that it’s no fluke. This year’s Cinema Arts Festival takes place at select venues in the inner loop: the Museum of Fine Arts, The Rice Media Center, two screens at the Edwards Grand Palace, a couple of outdoor events at Discovery Green, and the Frenetic Theater (at 5102 Navigation).

Leon casino, There’s absolutely something for everybody; something old and something new, plus a shitton of seminars and parties with filmmakers. One film’s having a 20th anniversary screening – The State I’m In was an ode to Texas by Robert Ziebell made two decades ago. I panned The State I’m In at the time in Public News, and it hasn’t gotten any better with age. Another film making a Houston premiere For The Love of Movies: The History of American Film Criticism covers all the important critics from the dawn of cinema to the present. For The Love of Movies’ director Gerald Peary, himself a Boston based film historian, will introduce the movie. The most interesting thing about Peary’s film is that the critics of the early part of the century are really great writers, but by the time you get to the 90s and beyond it’s all a bunch of windbags.

Other guests include Isabella Rossellini, John Turturro, Shirley MacLaine, Bill Plympton and Alex Gibney. How appropriate that Rossellini introduces one of her father’s films at the RMC, a screening auditorium that the Italian film giant championed in the 1970s. Turturro screens two films at the MFAH (one he directed) dealing with aspects of Italian culture. Plympton in addition to showing his newest film will present a master class in animation. MacLaine will present Terms of Endearment and take part in a post-film discussion with Variety critic and current Houstonian Joe Leydon. Since I strongly believe that Leydon is a reincarnated 19th century French poet this should be one of the highlights of the festival.

The docket of films contains movies that will pop up later, like the dramatic Rabbit Hole starring Nicole Kidman and opening nearer to Christmas, and obscure movies that only play at festivals like Cinema Arts. Likewise films like Max Ernst Hanging, which chronicles Dominique de Menil in discussion with Ernst while hosting a 1970s exhibition, or a series of films by Danny Williams, that includes footage of Warhol’s Factory, Edie Sedgwick, and the Velvet Underground, are not likely to be seen anytime soon.

Certainly Cinema Arts Festival disdains the whole Redbox mentality. A complete schedule of times and places can be found on the Cinema Arts website.

Alex Gibney brings two excellent documentaries, My Trip To Al-Qaeda and Client 9, the latter film a candid look at the rise and downfall of former New York Governor Eliot Spitzer. As that state’s attorney general Spitzer took on Wall Street corruption and pushed important environmental legislation. His preference for expensive call girls led to his resignation from office. You have to give the guy credit if only for the forced humility Spitzer shows on camera; explaining as only a politician can how what he did was wrong. Gibney, whose previous documentaries include films about Enron and Hunter Thompson, has a fine flair for details and images. The examination of prostitution in Gotham gives exact measurements and financial expenditures. Client Nine is also an apropos movie to see in connection with the currently playing Inside Job, as both films cover similar incidents of Wall Street sleaze. 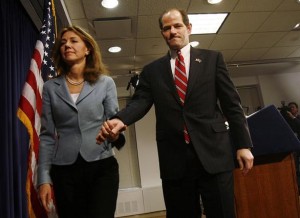 A former resident of Houston, writer Philip Lopate appears with the film Chekhov For Children. CFC, directed by Sasha Waters Freyer revisits a 1979 production of Anton Chekhov’s Uncle Vanya that Lopate directed using the sixth grade class of P.S. 75 in New York City. Excerpts that were shot on the consumer grade video available at this time are mixed with interviews with the show’s cast, now 40 years older. The cast and crew even got the production mounted on Broadway. The film has a way of being both a people-throughout-their-life film, like the British 7 Up series, as well as a meditation on great theater.

I’ve touched on less than half of what’s going on at the festival that starts Wednesday, November 10 and runs until Sunday November 14.