As the year rapidly approaches its conclusion (which some believe might actually be the last we’ll have on earth), many of you are probably worrying that you haven’t been charitable enough with your lives. I’m one of you, but fear not, for we bring good news.

Leon casino, This holiday season, you can be philanthropic AND party at the same time. Houston’s Black Sheep Agency is hosting its 3rd annual Tweet Drive party on December 12th at 7 p.m., an event that will benefit the children and families of the  Houston Area Women’s Center.

Getting into the party is easy: Bring in a new, unwrapped toy or book. Although the children’s toys are for any age group, we urge you not to forget about the ‘tweens and teens this year, because this drive benefits them, too!

Not sure what to get the kids? That’s what wish lists are for! Check out HAWC’s wish list here, and the Houston Area Women’s Center’s holiday store here. How much easier can being awesomely charitable be?

In the past, the Tweet Drive has benefited organizations such as Neighborhood Centers and Interfaith Ministries. The Drive has donated hundreds of toys and books to children who need the hope and love that they provide each year. This year, the drive will be benefiting the Houston Area Women’s Center, another local organization doing great work for our local community.

The Houston Area Women’s Center has been around since the late 1970′s, and since then they’ve been working hard to eliminate sexual and domestic violence, as well as bring comfort and support to women who are suffering from violence.

The Tweet Drive, which is now known nationally as Social Santa, takes place in cities around the nation. It started off in 2010, and utilizes the social networking site Twitter to help bring together people for a common cause: to do good for the community!

The event is promoted using the hashtag #HouTweetDrive. So far, the drive has seen notable success in past years, and with your help, this year will be a record breaker!

Joelle Eid, an account executive with Black Sheep, said, “We’ve put on these events with a zero dollar budget, and that’s why I love Tweet Drive so much – seeing all these community do-gooders come together to have fun AND give back to our city’s children – that’s what the holiday season should be all about, right?”

The Tweet Drive will be held at Black Sheep’s super cool warehouse space, where you’ll be treated to libations and live entertainment provided by some of Houston’s finest.

Come hungry, because Good Dog and Eatsie Boys will be keeping you fed while Beaver’s, Saint Arnold, and Buffalo Bayou Brewing Co. provides some of their tastiest brews, alongside Hay Merchant, Anvil and Jim Beam. A portion of the proceeds from the food trucks will go to the charity as well, so you can eat as much as you like without feeling guilty about it, this time.

If that wasn’t enough to pique you’re interest, there will be dancing and music provided by Mason Lankford and Shellee Coley, and you’ll get to meet some pretty cool people throughout the course of the evening.

In order to account for all of you wonderful people, Black Sheep is asking that you RSVP to the party. You can RSVP here.

This holiday season is about giving back and doing good for your community, so if you are worried about the world ending on December 21st, now is your chance to score some good karma. 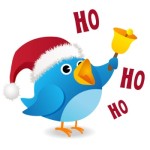 Previous: La Guerre & the Quay Brothers
Next: Coming Together: The Music of Frederic Rzewski

The Weekly Music Round Up

The Weekly Music Round Up