Posted by: Mariam Afshar December 9, 2013 in Film Leave a comment 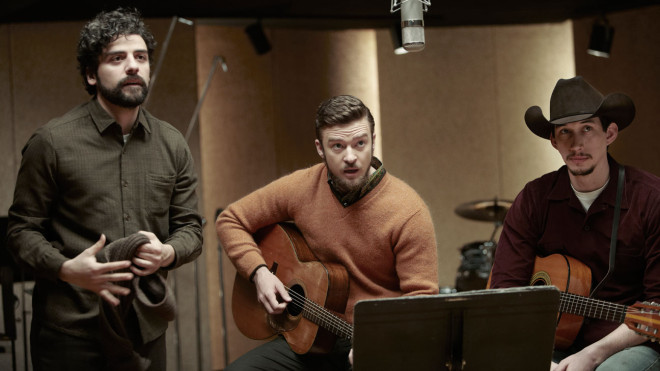 Leon casino, When Oscar Isaac was cast by the Coen Brothers as the folk song-singing star of their latest film “Inside Llewyn Davis” it wasn’t exactly the first time he’d picked up a guitar. “I’ve performed live many times,” Isaac tells Free Press Houston in an exclusive interview the day after “Inside Llewyn Davis” unspooled at the Austin Film Festival. Isaac’s musical acumen is also on display in the film 10 Years (2011).

“I got flown to California after I got the part, and T-Bone Burnett was going to pick me up and together we were going to find Llewyn’s guitar,” says Isaac. “We drove to Norman’s Guitars [Norman’s Rare Guitars, Ventura, California] and I proceeded to play a bunch of beautiful old guitars.

“Picked up this one, a Gibson L1. Robert Johnson played that kind of guitar, rock and roll was invented on that kind of guitar. I liked that it was a little bit small, because I’ve been watching a lot of Dave van Ronk videos and he was a massive man, and even though he played a full body guitar, he just wraps his entire body around it. I’m a smaller guy [Isaac is 6’] and this little L1, I can do the same exact thing. It was a little hard to play, but it just had this evil sound that just punches you in the chest. When T-Bone heard me playing he walked over and said ‘You’re making music with that one.’”

The 1924 L1 Isaac plays in “Inside Llewyn Davis” features the script-style Gibson logo on the headstock and was purchased for about five grand. Burnett, who was the film’s executive music producer, oversaw musical production with additional arrangements handled by Isaac and Marcus Mumford, and with vocal contributions from Isaac, Justin Timberlake and Carey Mulligan among others.

Inside Llewyn Davis is set in the Greenwich Village folk scene in the early 1960s. As with any Coen Brothers film, the narrative seems stuffed full of subtext and different interpretations. “The Coens work from instinct. They don’t talk about symbolism, they don’t talk about ‘what does that mean,’” explains Isaac.

At one point Davis appoints himself protector of a runaway cat. “They don’t intellectualize the material, whereas I come from a place of breaking it down and figuring it out and parsing every single word to understand the full meaning. But in this case, when I approached them in that way they would just say ‘it’s a plot device, the cat.’ But you know it’s not just that, it’s impossible for it to be just that. Their genius lies in that they don’t think of the thing with the most meaning and then put that in. Rather they put something in instinctually, and it happens that every time they do that it has meaning. The things they gravitate towards are the things that resonate with the whole structure of the movie.

“I think it’s important that when you see Llewyn that he’s not telling you what to feel or what to think,” says Isaac. “He’s just seeing and experiencing and feeling things. His reactions aren’t reactions that are meant to make you understand exactly what he’s doing. The context will let you know. The cameras were this close constantly,” Isaac motions with his hand near his face, “They were using wide angle lenses a lot. When the camera is that close, your character shouldn’t be showing their ideas.”

Isaac, a graduate of Juilliard, has appeared in a number of films over the last decade with notable appearances in films as diverse as “Robin Hood”, “Sucker Punch”, “Agora”, “W.E”., and “Drive.”

On working with Nicolas Winding Refn, the helmer of “Drive,” Isaac enthusiastically compared his style to the Coen Brothers. “Nick Refn is a very curious fellow. He’s got some massive balls that guy. I have a lot of affection for him. I was a secondary character in “Drive,” if I had a problem and I said ‘You know what this is not totally working’ he would tell the crew to take five.

“This happened maybe three times; one time we sat for two hours, on the clock. The producers are pulling out their hair, yet we worked on the scene, talked about it, figured it out. Refn said something that I’ve taken to heart. If it says in the script he comes through the door, I bend over backwards figuring out why he doesn’t come through the roof, through the window, up through the floor. Refn starts to go through the infinite number of choices other than the door; to get back to why it has to be the door. That’s how he would look at the scenes. If it could be anything what would it be?

“Joel and Ethan, every once and a while, that’s their attitude with why we move on. They never say that was great, that was perfect. Their attitude is yup, what else would it be?”