Posted by: MBergeron November 20, 2013 in Featured, Film Leave a comment 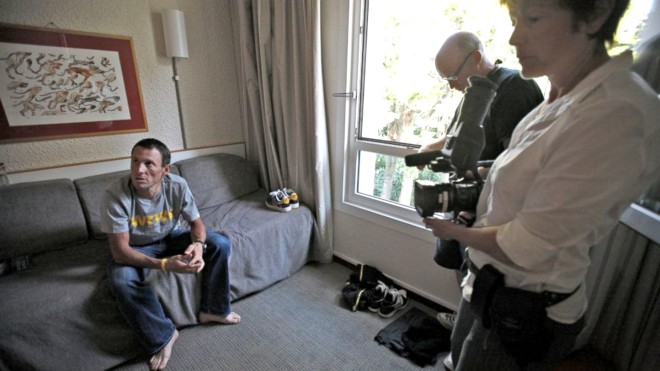 I really know next to nothing about Lance Armstrong relatively speaking other than the headline bullet points of his life. Winner of seven consecutive Tour de France races and banned from professional cycling for life for doping (And previously engaged to a rock star but isn’t everybody?). Yet after watching The Armstrong Lie, if not totally in Armstrong’s camp I am in agreement with his concept of cheating.

Leon casino, The Armstrong Lie represents the investment by filmmaker Alex Gibney of at least four years exploring the athlete mystique and what goes into the actual training for a race like the Tour de France. Gibney started the film in 2009, then following Armstrong when the racer returned after a 2005 retirement. Soon after a doping scandal became public, changing the nature and shape of the documentary.

Gibney lays out Armstrong career leaving no stone unturned. Expect on-camera mea culpas as well as clips from all of his races. There was one Tour where Armstrong was forced off the road and without missing a beat he rides his bike across a field and hops his bike back onto the road at another section. There are amazing shots of the race (or a recreation?) seen through fields of flowers, or along mountain roads from aerial views. There’s also Armstrong’s Oprah interview and a recounting of his battle with cancer that resulted in operations on his testicles and brain. “What I went through in Tour de France or training, I’ll never suffer like I did then,” Armstrong says about his operations and therapy. 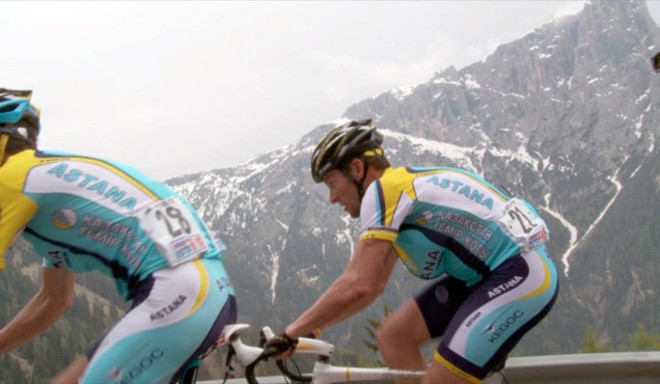 It’s amazing some of the training that world-class sports figures endure but also revealing how, for instance, training at high altitude increases red blood cell count and maximizes muscle metabolism. You can then go to a lower altitude and for days after still have increased effects. Then there’s the use of performance enhancing drugs like EPO or the fact that entire race teams would use blood transfusions to pass tests during contests. Every sport has its Dr. Robert.

But when Armstrong looks at the camera and states that cheating is where you use an unfair advantage to gain over your competitor, and since everyone in competition was doping he wasn’t cheating, you have to pause and wonder why we as a people take such pleasure in hero worship. Think of the local unfounded hatred of a certain home team quarterback. Love them when they’re up, kick them when they’re down.

You can take away Armstrong’s wins and sue him in court but you can’t deny the accomplishment of his post-cancer sports career, or the effect of his Livestrong Foundation. Or maybe you can, decide for yourself when The Armstrong Lie opens this weekend at the Sundance Cinemas Houston.

As for Gibney, The Armstrong Lie, good as it is, isn’t even his best film this year. Earlier this year the Gibney helmed We Steal Secrets: The Story of Wikileaks got a small release and is currently on disc.