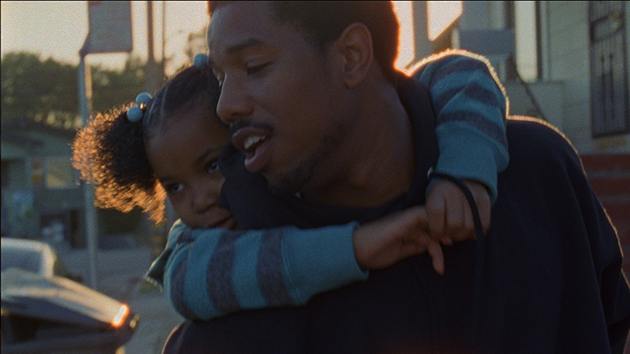 Leon casino, What a brilliant move to turn the story about the killing of Oscar Grant into a narrative film rather than a documentary. Director Ryan Coogler reconstructed the last day of Grant’s life in his film Fruitvale Station, giving us a sincere glimpse into the complexity of his character. As a black man in the U.S., Grant’s humanity might never have been explored were it not for this young, talented director who identified so deeply with him. Coogler was the same age as Grant when he was killed (22 years old), from the same area (Oakland, CA), and as he has stated in several interviews, Grant could have easily been him. There are no spoilers here; anyone who has heard of Oscar Grant knows his fate. In fact, Coogler starts the film with the shaky cellphone footage that captured Grant’s murder at the Fruitvale train station.

The rest of the film is almost uncomfortably heavy.  The audience is well aware these are the final moments in Grant’s life — his vocalized intentions to become a better man for his family, his New Year’s resolutions, the promise to play a game with his daughter New Year’s morning – they already know these things will never be realized. And while Coogler is careful not to turn Grant into a martyr in also showing his all-too-human shortcomings, this viewer is still left with the sense that he suffered a deep injustice when told (at the end) that the (white) police officer who killed Grant was sentenced to two years but was released after serving less than one. [and what if the (race) tables were turned?] The release of  Fruitvale Station coinciding with the not-guilty verdict for Zimmerman in the Trayvon Martin case amidst ongoing debates that even Obama has weighed in on should be a sign — everyone in the United States (at least) ought to see this film.

Allow me to turn to a few thoughts on the storytelling style and Coogler’s choice to turn this into a narrative rather than a documentary. It occurred to me after watching Fruitvale Station that perhaps a narrative approach might be a much more effective tactic for evoking empathy for a person no longer alive and able to represent him/herself. If Coogler had opted to make a documentary, Grant’s character might have been mediated through interviews, family photographs and videos, and possibly a narration that would have placed Coogler front and center. Instead Grant’s character is researched from these ‘methods,’ but the methods (and Coogler himself) remain in the background allowing Oscar Grant the man to shine through.

If compared with another film I recently watched, Rick Rowley’s Dirty Wars, in which investigative journalist Jeremy Scahill exposes the United States’ covert wars, it raises a few methodological questions worth exploring. Granted there are major differences in the films’ topics, formats and perhaps even goals. Nonetheless, they are both in a sense exposing or ‘talking back’ to power and “the system.” Dirty Wars is a documentary that places a mediator, Scahill, front and center as he walks us through a journey that takes him from Afghanistan to Somalia to Yemen in his quest to expose covert U.S. military operations as well as the U.S. drone attacks killed two American citizens in Yemen, Anwar al-Awlaki and his teenage son Nasser.

However, despite spending time with al-Awlaki’s family in their home with photos and home videos, we do not get to really know al-Awlaki, and it is only through Scahill’s troubled narration that the viewer is able to empathize – and mostly with Scahill himself. Perhaps the Western world is not ready to accept Arab humanity without translation. Per inside sources, Scahill was never originally written as a central figure in the film; it was Sundance Institute’s insistence that made him one; they claimed viewers would not have anyone with which they could identify. And so the question lingers: regardless of which is more ‘effective’ for evoking empathy where the lack thereof is too often deadly, are we in a society that is ready to humanize black men, Arab men, and the women who are still so often ignored? And is the deeply personal method of narrative film the more effective approach for claiming that humanity?