Mommy has taken a long journey to get to your local art movie theater. A Canadian film (in French with subtitles) from former child actor now acclaimed director Xavier Dolan, Mommy premiered at last year’s Cannes festival. Mommy was on a short list of films considered for a foreign film Oscar but did not make the final cut.

That’s a shame because Mommy pays off with an acute sense of drama highlighted by a penetrating portrait of motherlove. Anne Dorval plays the titular character, trying to raise her prone-to-violence son. “No mother wakes up in the morning not loving her son,” says Dorval at one point in the narrative. 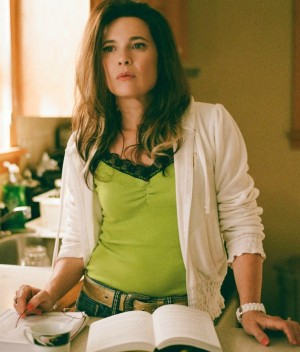 Dorval’s single mother is a chain smoking undereducated woman that in an American city would be called trailer trash. Only she has a depth and determination to make her family nuclear unit survive despite obstacle like her son starting a fire in the school lunchroom. The lad isn’t so much precocious as he is rambunctious to the point of destruction; it’s like a non-possessed version of the son from The Babadook.

Mom and son find solace from a next door neighbor who herself carries a sense of trauma about her life. Dolan sets the action in a fictional version of Quebec where parents are legally bound to institutionalize problematic offspring.

What makes Mommy so compelling is Dolan’s use of a 1:1 aspect ratio that on the big screen makes the characters seem like they are trapped in a box. About the two-hour mark, Dolan opens the action to a normal widescreen ratio (1:1.85), yet keeps the focus on close-ups of the characters. We view the action in a different manner due to this abrupt framing and it’s comforting when Dolan reigns in the screen once more and returns to the boxy format.

Mommy opens exclusively this weekend at the Sundance Cinemas Houston.

Kemo For Emo Returns in a Big Way