Home / Local Events / A Big Lizard in Our Backyard 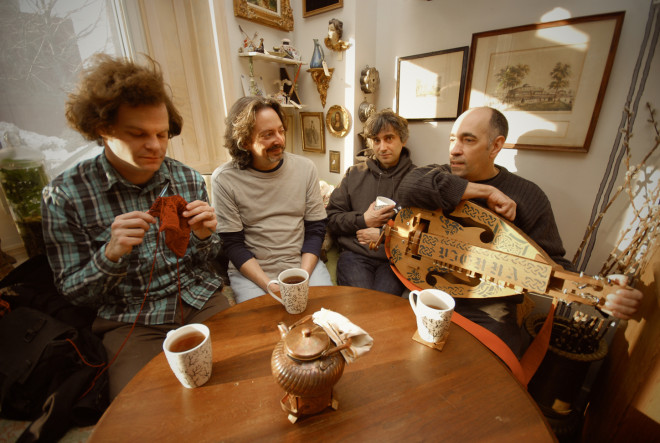 The Dead Milkmen & More This Week

Now that you’ve come out of your post Thanksgiving food coma, it’s time to make it out for another great week of live shows.  Everything from a reunited band of mythic proportions, to some Southern Soul from the North; the first week of December looks like another winner in Houston.

When I was in high school, back in the nineties; almost everyone I knew had a Dead Milkmen shirt.  In fact, all of the sticker laden cars that resided outside of Sound Exchange and the local punk hang outs had that crazy cow sticker on them.  If you liked punk rock, irreverent songs, or just a band that never seemed to take the music industry seriously, then you were a fan.  After nonstop touring, a brief dabble with the major labels, and the most accurate hit song about a weird girl, The Dead Milkmen called it quits.  But, as time usually heals most wounds, the band reunited in 2008.  Now, twenty years after they first formed, the band is out touring again.  They make their stop here on Thursday December fifth at Walter’s.  For less than twenty bucks, you can sing along with all your favorites, that I’m almost certain will include “Punk Rock Girl.”  If you get excited about reunions, or you always wanted to see these guys live, I would recommend making it out for this one; as it might not happen again for a long time.

It seems as though the sound of “The South” has certainly become quite popular as of recent.  If you like The Black Keys or Kings of Leon, then you realize they have embraced the vibe that we offer up down here in the dirty.  Well, Canadians Black Pistol Fire are no different.  The band who spends time between Austin and Canada, was touring with Scott H. Biram earlier this year; so you know they’re legit.  Saturday December 7, you can see how legit they truly are as they ignite Fitzgerald’s downstairs with their electrifying two piece sound.  The tickets are $10.00, so honestly, you have no reason to not come check them out.

Previous: Who is Jared Leto?
Next: Blu-ray / DVD slight return