Home / Local and State / Framing the Future: From Pipelines to Pre-meds

Framing the Future: From Pipelines to Pre-meds

Posted by: Editor July 4, 2013 in Local and State, News Leave a comment 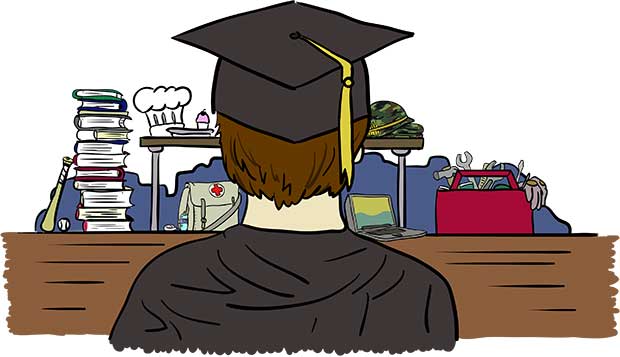 Jason Mendez was a popular Westbury High School student, a member of the Latin American Club, and a varsity soccer player. He even volunteered to teach auto mechanics to underclassmen. Mendez had grown up around the construction industry, where his father worked as an expert framer building new homes. A first-generation American, Mendez dreamed of becoming an architect. Recruiters from Rice and Texas public universities visited his high school. But while his friends fanned out across Texas for college, Mendez decided to enter the workforce.

“I needed to earn money for myself,” Mendez says. “I wasn’t going to depend on my parents anymore. I wanted to do it on my own and carry my own responsibility.”

Mendez has already received two promotions in less than two years working in the petroleum pipe manufacturing industry and can now help support his parents, siblings, and his four-year-old son, Jaidan.

Mendez is one of the many students in the Houston area who are choosing not to attend college immediately after high school. Although the Houston Independent School District boasts a high school graduation rate of 74.3 percent-its highest ever, according to the Texas Education Agency-more than a quarter of HISD students are still dropping out. U.S. News & World Report discloses that Mendez’s high school has only a 16.6 percent college readiness index based on state exit exams. Project GRAD, an HISD college mentorship program, reports that some HISD high schools have had college enrollment rates dip below 20 percent.

Despite Mendez’s success, today’s job market is bleak, especially for those without a college degree. According to the Economic Policy Institute, the unemployment rate for workers younger than age 25 is 16.5 percent, twice the national average. Without a college degree, almost one in three is unemployed. By comparison, recent college graduates have an edge in the job market, with only a 9.4 percent unemployment rate and potentially higher wages. Yet despite their high chance of admission, even accomplished students from low-income backgrounds are not applying to the many colleges that are actively working to diversify their student body. A New York Times article “Better Colleges Failing to Lure Talented Poor” by David Leonhardt spells out the long-term fallout, saying economists believe that “the pattern contributes to widening economic inequality and low levels of mobility in this country.” With more students attending college, the educational playing field and job market will level out and give greater opportunity to anybody with drive and intelligence, regardless of their economic roots.

“There’s such great demand now, with a forecasted 60 percent and up of jobs by 2020 requiring some sort of education beyond high school, and with a growing population of kids that we’re serving here in Houston and in the state of Texas, we know there’s a great demand for kids getting themselves ready for the workforce,” says Ann Stiles, executive director of Project GRAD.

Houston offers a broad range of educational and scholarship programs, including federally funded programs, community partnerships, state and local programs. In HISD, college readiness programs begin in kindergarten. One successful partnership, Project GRAD, works in five low-income communities that enroll nearly 44,000 K-12 students into neighborhood schools. The program serves an additional 2,000 college students.  According to the Project GRAD website, only 13 percent of high school graduates at their five target HISD high schools enrolled in college prior to implementing their program. After Project GRAD intervention, the overall enrollment tripled. Project GRAD offers scholarships to qualifying students in their five partner schools, but will open their services to any student in HISD beginning this fall when they transition to a community-based organization.

Regardless of push from high schools and pull from colleges and businesses to attend college, many HISD high school students do not, or cannot, participate in mentorship programs. Students often miss program meetings due to extracurricular scheduling conflicts. According to a 2012 National Center for Postsecondary Research study, many students could not manage to attend programs held in the summer or on weekends due to jobs and other obligations.

Furthermore, without sufficient funds for transportation or a vehicle, students cannot attend activities that take place outside of school. Students may not have access to public transportation due to inconvenient bus stop locations or schedules.

Even if programs are held at the schools, students may not take advantage of beneficial resources. Houston holds an advantage in attracting college representatives because its dense, diverse student population provides a potentially high recruitment yield. A recent Stanford study “The Missing ‘One-Offs” points out that many universities do not have sufficient funds to send teams to rural areas to search for only a few potential candidates, and colleges are more likely to target students close to their campus.  However, attendance at college fairs is voluntary, and the high volume of students often makes it difficult for them to build personal relationships with a college recruiter or counselor.

“Our college counselors were not really helpful,” says Mendez, who only visited them once. “The kids that actually went to talk to them said they were always busy and told them to come back later.”

However, challenges within college readiness and recruitment vary greatly between schools. While the Stanford study revealed that very few high-achieving students with limited financial resources even apply to competitive colleges, 65 percent of those that do come from only a few high schools in highly metropolitan regions. In Houston, Carnegie Vanguard, Bellaire, and Michael E. DeBakey boast outstanding graduation and college enrollment.

Although graduates from many of the 47 HISD schools do not enroll directly into college, that does not mean that they are ignoring the message about the benefits of higher education.

Besides those seeking work in the community, some students make a decision to serve the country, knowing the military will send them a consistent wage to support their families and give them the option to attend college and graduate school later with government funding.

“I was a senior when Sept. 11 happened,” says Jamal James, a graduate of Alief Hastings High School. James’ mother passed away when he was a child. He grew up with his Aunt Marie, a strong, kind woman who had earned an LVN and worked at the John Sealy Hospital in Galveston.  There was never a question that James would need to excel. In high school, James was heavily recruited by top universities for his academic achievement and aptitude for baseball. However, James was thinking ahead. “I have a family history of people going into the military, so I always wanted to be in the Marine Corps and give back,” he explains.

James was a medic on the frontlines in Iraq. He stabilized injured soldiers in helicopters on the way to field hospitals. Unfortunately, his career was cut short by a severe injury that paralyzed his arm and forced him to spend months in the Veteran’s Hospital system. Now, at age 29, his arm still damaged, James is working his way through the undergraduate prerequisites to apply to medical school.

On the other end of the spectrum, there are many success stories of students that do immediately continue on to college, and even to nationally-competitive universities. Francisco Rodriguez graduated from Davis High School and attended Cornell University on a full scholarship. He earned his acceptance on the merit of his strong academic record, as well as for his efforts as the captain of the drill team and as a member of the National Honor Society. However, he credits his decision to attend Cornell to Project GRAD, which gave him the information and resources he needed to make an informed decision.

“I was hesitant to go away, with my connection to family and my community, but I was encouraged to go for the summer,” Rodriguez says, referring to the Cornell Summer College program that he attended in 2008. “I realized that going away was very much feasible and would better prepare me to appreciate my community and make change in a positive way.”

Thousands of other students are making the same decision to pursue higher education and are taking advantage of the abundant connections and resources available in Houston. Rice University Vice President for Enrollment Christopher Munoz says Rice, along with all universities aligned with the College Board, are constantly trying to promote the message that motivated students, regardless of family income, “are wanted and that they have the academic qualifying records to do well and to accept the challenge of attending one of these universities.” Munoz says that today every college is required to have an informational website to inform students and their families about financial aid opportunities.

Although Mendez chose a different road, he says he is satisfied and proud of his job and looks forward to learning more about the petroleum industry. However, Mendez says he is still considering going to college later in life to one day become an architect. He emphasizes that he believes others should consider higher education-but start earlier.

“I think you should go to college after high school because not everybody gets lucky,” Mendez says. “But it’s never too late to go to college.”