Posted by: Mariam Afshar December 16, 2013 in News Leave a comment 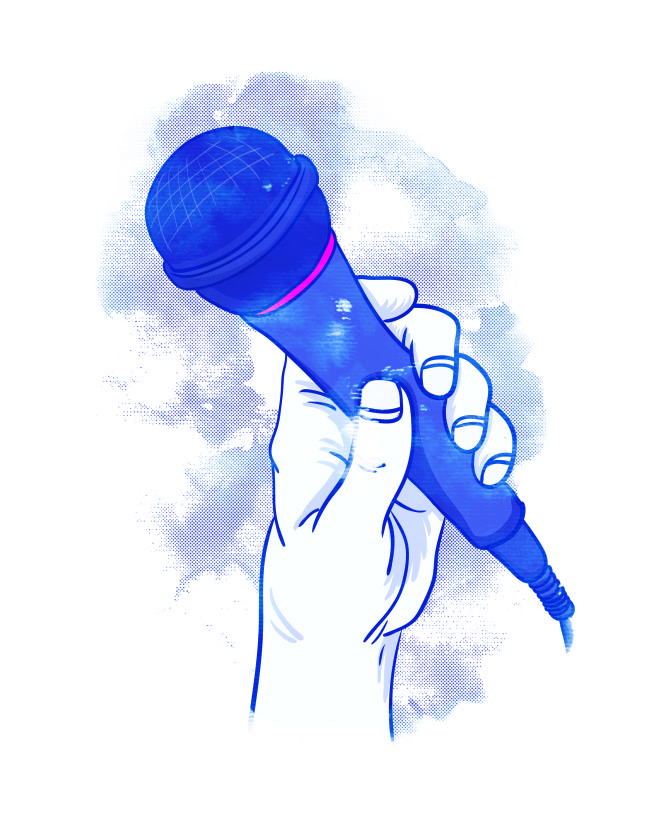 For those of you who don’t know, the alternative comedy scene has been around since the 1980s.  It’s a variety that typically takes place in a setting that isn’t the usual fare of the traditional comedy club, but more in a place known for anything other than comedy.  It’s in this setting, that the crowd has a different expectation level, in that they have no idea about what they are getting ready to see.  The acts could be as normal as a Marc Maron, or as bizarre as Tim & Eric.  Some alternative comics of note would be Patton Oswalt, Paul F. Tompkins, and Reggie Watts. So, when Mills-McCoin started an open mic night at Fitzgerald’s two and a half years ago, it had all of the alternative flair that one would expect from such a well-versed showman of his caliber.  Poetry, music, oddball comedy and stand up comedy are all in the mix, making it one of the most entertaining and bizarre open mics in the entire city.

Leon casino, This would be followed by an open mic night at Rudyard’s, started by Kevin Farren.  Though Farren would bow out, it is still hosted by Dusti Rhodes, and has been going strong since June, 2012.  It’s a nice mix of up-and-comers, as well as seasoned acts that often include comedians who are between three and five years in. There are also varying degrees of comedians taking the stage in the upstairs, which feels like it was built for stand up. On one of the nights I make it out, I see such a varying degree of comics, that it’s hard to judge how each night goes. Though, under the moniker of “A Couple of Stand Up Guys,” it proves that I could have found a worse way to spend my Monday night.

There is also another open mic that’s been around for the length same time as the one at Rudyard’s, which is the Laugh Town Comedy open mic at Saint Dane’s, hosted by Steven Padilla. All of the comics would go on to tell me that this is the hardest room to play. That the crowd can be at many times difficult to perform in front of. I went early on a Thursday night to see this for myself, and I left before the show even started.  If the crowd that was there that night stuck around for a comedy show, I could easily see why it’s described as a difficult room.  Saint Dane’s is not, in any way, my scene. The room is filled with a healthy mix of muscle-headed jocks in football jerseys, pretty girls who carry fake Vuitton bags, and midtown scenesters who, I would only guess, think Dane Cook is the ethos of comedy.  Though the staff was overly kind to a sober guy like me, it’s a scene I’ve avoided my whole life, and is too polarizing for a guy in a SDRE shirt. You constantly hear the phrases “Hey brah,” or “Sweet lid,” from the patrons within. After 20 minutes of hearing people over-analyze an NFL game that I didn’t even know happened on Thursdays, and the sound of people sucking on 35 cent wings, I got as far away from the place as possible.

What I find out, is that the bulk of these stand ups are out doing their acts four or five nights a week. This isn’t just people like Bob Morrissey, who used to host an open mic at Fairview until it closed, and who himself has only been at it for about a year and a half; or people like Lisa Friedrich, who’s entertaining crowds for three years; or even the hilarious Justin Thompson who’s been at this for over 10 years. It’s proof that this world is filled with people who are immensely driven. Thompson is one of the acts that plays both the comedy clubs and the alternative rooms, and does so by way of driving all the way up from Beaumont; thus proving this dedication.

There are plenty of spots to catch alternative comedy all over town, which include the Wednesday night at Hans Bier Haus or the Beta Bracket contest at Clutch City Squire on Main, or even the open mic at Little J’s on Tuesdays. You can easily see a mix of people of all forms, like Josh Brokaw, Nia DeBose, and Brian Zeolla at these rooms. However, the culmination of these acts seem to all take form at one of the newer venues for stand up: Warehouse Live.

The Tuesday night open mic at Warehouse Live had the best mix of up-and-comers and veterans that I saw.  All of the heavy hitters like Huggins and Taylor are intertwined with acts like Tim Mathis, who’s in the midst of reworking his act. There is even the guy everyone tells me to look out for: Jaffer Khan from the Podcast in a Car podcast. The Warehouse show was organized by Andrew Youngblood, Gabe Bravo, and Stephen Brandau. Though Bravo and Brandau have only been at the comedy game for eight months, their HTX SUX podcast, coupled with Gabe’s overzealous self promotion, make you realize why all the noteworthy comics make it out to the other side of downtown.

When it’s all said and done, I realize that for the most part, the audience receives a mix of comics who are already at the point of a solid set, and those who haven’t found their voice yet.  But, no matter where they are in their growth, the majority are entertainingly different from what you are familiar with. It didn’t matter where it took place, as there are great comics at every spot. However, a scene doesn’t exist without an audience to support it. All of the open mics mentioned are free of charge, and most have insanely cheap drink specials.  I can’t tell you which ones to frequent, or which ones you’ll have the best time at, as comedy is subjective.  All I can say is that you can’t say there isn’t anything to do in Houston Sunday through Thursday anymore. The success of this scene is dependent on you, and whether or not you make it out to these various bars to see it for yourself.  What I can say is that right now, it certainly feels like the passing of Bill Hicks and Ron Shock didn’t end the comedy tradition in Houston; and in fact, it’s stronger and more lively than ever.

The first half of this article ran in the November edition of Free Press Houston.

Previous: Some Words with Remüv
Next: What Women Want