Leon casino, What was shocking 70 years ago still has the power to appall.

During World War II, as Allied Forces moved into Germany, there was a concerted effort to film as much as possible. When footage of concentration camps starting coming into British film units it was only a matter of time before it was edited into a documentary. Only the resultant film, German Concentration Camps Factual Survey, was never released. 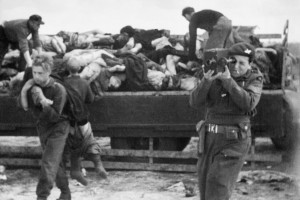 Night Will Fall, premiering tonight on HBO, is a comprehensive look at that documentary footage, intercut with archival interviews as well as new interviews with participants and survivors. Up to that point no war had been photographed to such an extent. Previous WWII docs have shown similar horrific newsreels. Under the direction of Andre Singer, Night Will Fall takes the viewer on a camp-by-camp tour while also presenting the mindset of the soldiers who were capturing the events on film. Singer, not surprisingly, has also executive produced films like Joshua Oppenheimer’s The Act of Killing, a film that looked unsparingly at Indonesian death squads from the 1960s.

Sidney Bernstein was a British theater owner who got involved with the Ministry of Information, and during the war oversaw the previously mentioned documentary. Bernstein got Alfred Hitchcock to shape the film and supervise editing. (Bernstein later produced Hitchcock’s one-take movie Rope.) Some of the images and clips in Night Will Fall were previously seen in the 1980s documentary Frontline: Memories of the Camps, although it was the first time much of the film had ever been seen by the public. Some footage was used as evidence during the Nuremberg War Trials.

Concentration camps on display include Auschwitz, Bergen-Belsen, and Dachau. Attention focuses on the proximity of the camps to population centers, and the post-war healing process of survivors. American film units, almost in competition with the British, made their own documentary, which was directed by Billy Wilder and shown in Germany.