Ask any Buc-ee’s customer whose taste buds have experienced the savory tang of a Beaver Nugget™ and they’ll assure you the Texas travel store chain with the seemingly-innocent beaver mascot aims to treat people with kindness and respect.

A business with an animal for a logo, on the other hand, might not say the same. Since 2013, a meaner, more litigious beaver than the friendly one Buc-ee’s customers have taken selfies with has tried to bring down a small zoo’s worth of cute cartoon animals and the businesses they represent for copyright and trademark infringement. 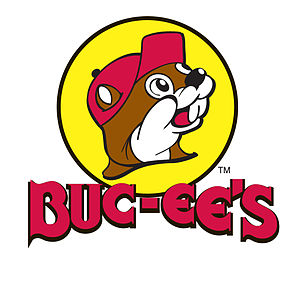 Choke Canyon, a small convenience store and BBQ restaurant chain in San Antonio, is the most recent. It’s headed to a federal jury trial on Monday in Downtown Houston to defend its use of a cowboy alligator logo that Buc-ee’s claims is too beaver-ish for its own good. 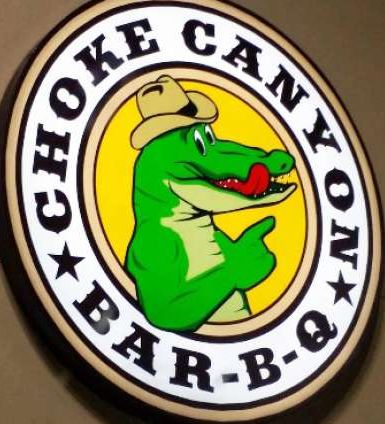 But Choke Canyon’s nameless alligator isn’t the first to cross Buc-ee’s path, and it’s not even the least beaver looking.

While Buc-ee’s customers were turning the company’s charming beaver logo into a household name statewide, the beaver’s merciless attorneys have been brutally taking down smaller businesses that dare to represent themselves with a cartoon animal, dam-building or otherwise.

The company has filed trademark infringement complaints against at least seven businesses for intentionally copying the design and layout and general vibes of its logo and stores and unfairly profiting off the similarities.

And even though this is America, where some say that suing rival travel marts to maintain dominance in the dog-eat-dog world of animal-themed convenience stores is something of a national pastime, others might see the lawsuits Buc-ee’s is filing as a stretch to say the least.

Take the 2013 suit that Buc-ee’s filed against Chicks, for example. There are zoologists who would probably argue that a beaver and a chicken aren’t even the same species. Buc-ee’s figures they’re close enough that a judge should take a second look.

During the case, which Chicks settled out of court, Bucee’s brazenly accused the store of improper use of: “friendly smiling cartoon animals,” “the use of a black circle,” “the use of a yellow background,” “the use of the red-colored cockscomb on the heads of the chickens,” “the prominent use of sharply drawn black edges,” and “the use of six letters in raised and lowered block font in the name.”

Besides the fact that Buc-ee’s accused someone who wasn’t cooking their Trail Boss Habanero Hot Beef Jerky™ of improper use of a chicken’s cockscomb in an official court document, two other takeaways are clear: Buc-ee’s seems to believe that it owns yellow backgrounds and it doesn’t fuck around.

“Buc-ee’s plays hardball,” an attorney who has experience facing off against the company in court but wanted to remain anonymous told Free Press. “No one’s going to talk to you about it; they’re scared Buc-ee’s will come after them.”

Indeed, out of all the companies that Buc-ee’s has filed infringement complaints against in the last five years, five of them have folded to its demands and settled out of court. And honestly, who can blame them after you consider the upfront legal fees, the Buc-ee’s empire’s formidable litigation budget and history, and the brazen “we own the color yellow” arguments that its sharply-dressed beaver pack of attorneys are capable of.

“Buc-ee’s is a creative and innovative company, founded on integrity and service,” the company’s trademark infringement complaints typically begin. Then they launch into a creative, innovative, but perhaps not entirely integrity-driven take down of a defendant’s inferior products and how they confuse customers who were only trying to scratch that zesty Beaver Nugget itch but somehow ended up stumbling into fucking Irv’s instead.

“Defendants’ blatant copying of the Beaver Logo shows that Defendants’ actions are willful, knowing, and committed with the intent of benefiting from the goodwill and concept of Buc-ee’s…,” the complaint against Irv’s states, before offering a photo comparison (included below).

“From a distance it is difficult to discern the logo from the logo of Buc-ee’s.”

Like Chicks, poor Irv’s couldn’t stand up to the big boss beaver’s relentless courtroom shakedown and settled. Mike Meadors, a retired business owner in Colorado who runs a website that brings attention to trademark extortion and companies that file frivolous trademark lawsuits, described Buc-ee’s as “the Texas interstate highway bully.”

“They stifle competition,” he said. “Only a moron would see anything confusingly similar between any of the logos, but these small stores don’t have the money or the will to stand up to them.” 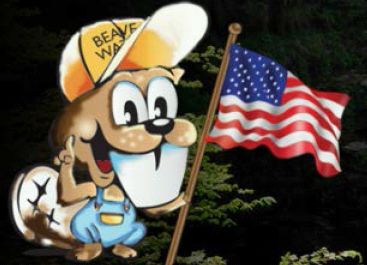 Getting back to the trial of the century that’s taking place between an alligator and a beaver on Monday — it’s unclear what the jury will decide, or how long it will take. After all, Choke Canyon is the first company that has tried calling Buc-ee’s trademark infringement bluff in court. And even though “alligator vs. beaver” might seem like an open-and-shut kind of situation, both in the jungle and in the court of public opinion, neither side is backing down.

“This is a case of live by the sword, die by the sword,” said H. Tracy Richardson III, one of four Buc-ee’s attorneys who were representing the company during a pre-trial conference last week. Richardson plans to put people on the stand who will testify that they were confused by the similarities between the stores.

“Their proposal is beyond absurd,” Choke Canyon attorney Charlie Hanon fired back. He seems to be looking forward to the surveys that will be presented which presumably ask respondents across Texas how mixed-up they feel when they see side-by-side pictures of a cartoon gator with its tongue out and a bucktooth beaver with a regretful gaze .

The Honorable Keith Ellison, the federal judge who’s been assigned to beaver-and-gator wrangling duty on the taxpayers’ behalf, paused thoughtfully and announced what any sane person might hope: “My interest is in keeping this trial from sprawling to two or three weeks.”