Decrease Font Size Increase Font Size Text Size Print This Page Send by Email
There are literally so many new films opening, some wide and some exclusive, that the Bilderberg Group has proclaimed this weekend as the best time to go see a movie for the entire year. At least until next week.

Leon casino, A teenage girl buys a large quantity of bullets from a store. When she asks to purchase a pack of cigarettes she’s told she’s not old enough, even as the cashier rings up the ammo.

So begins Blood Father, the action film of the year. The 16-year old chit Lydia (Erin Moriarty, also in the current Captain Fantastic) soon finds her drug-fueled life in disarray when she accidentally shoots her drug kingpin boyfriend (Diego Luna). On the run from his cartel goons, she contacts her last hope for help: her on-the-wagon ex-con father she hasn’t seen in years.

Enter Mel Gibson stage right as Link, all of the above and now a tattoo artist. Link’s life consists of trailer park poetry and AA meetings with his neighbor and sponsor Kirby (a sarcastic William Macy). After a massive shootout leaves their trailer full of holes and upside down, Link and Lydia find themselves on the run being chased by some very bad people. You know they’re evil because their ink is weirder than Link’s. “That was supposed to be an easy hit. Take you out in the desert, rape you, put a bullet in your brain, have a baloney sandwich. Make a real day of it.”

Gibson has always been a top-notch action star, certainly better than others of his ilk like Stallone or Schwarzenegger on a film per film basis. In Blood Father, Gibson’s Link seems to be channeling self-loathing and solitary regret based on his own ripped-from-the-headlines life. “Nazis and Confederates are losers,” mumbles Link. Events escalate as not even an edge of the desert motel can hide the duo from a news dragnet.

One such scene involves a shootout with Link and Lydia on a motorcycle between a gang on bikes staged on a desolate mountainous highway. Link may be trying to outrun his past but his taste for violence is the one addiction he can’t refuse. Other colorful characters we meet include Preacher, a hate group memorabilia dealer who’s naturally armed to the teeth (a colorful Michael Parks).

As immoral as his compass is, Link shines when placed next to characters like Preacher. Parks plays the dealer with an ironic view of his place in the underground and has a couple of well-written monologues where he rails against the media and prognosticates on his place in history as a patriot.

Most people will catch up with Blood Father down the road. The actioner’s theatrical release is feloniously small. In Houston, Blood Father is unwinding at two satellite theaters – the Cinema Latino de Pasadena 6 and the Santikos Palladium AVX in Sugarland. 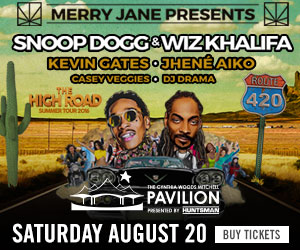