Leon casino, The second time is not the charm for Kingsman: The Golden Circle.

The title refers both to the name of the world’s largest drug cartel and also to a wedding band.

In the film, Eggsy (Taron Egerton) returns to combat a new breed of super villain, namely Julianne Moore as Poppy. Moore plays the leader of the world’s largest drug syndicate that she operates from her secret lair located within a hidden ancient city in Cambodia that she’s tricked out with 1950s styled diners, theaters and bowling alleys. 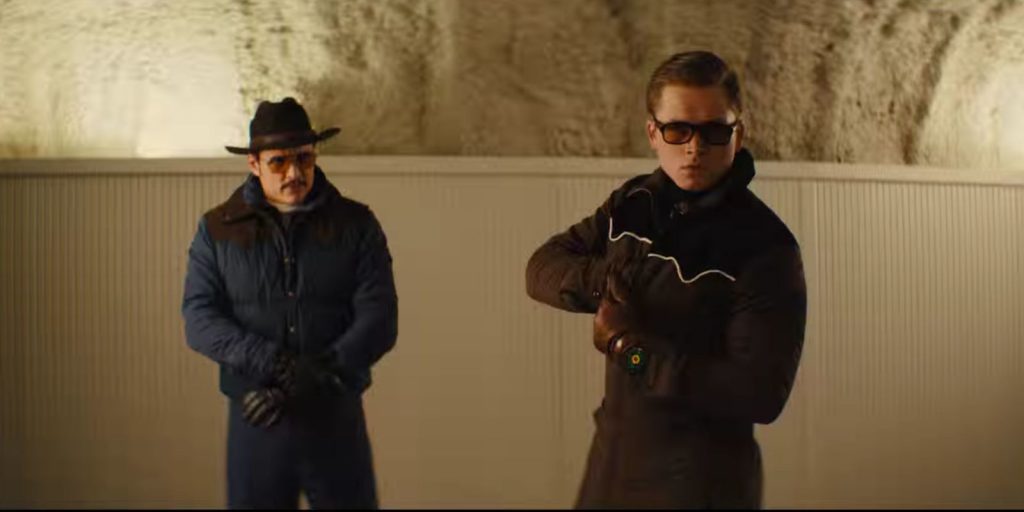 Usually, I have no trouble telling white people apart but for the life of me if Egerton and Ansel Elgort (Baby Driver) were in a line-up next to each other they would look like the same person to my eyes.

Any movie that has Julianne Moore and Jeff Bridges as supporting actors and yet doesn’t have them in any scenes together automatically breaks the Fourth Law of Lebowski.

Director Matthew Vaughn will be forever in my list of great filmmakers for Layer Cake and Kick Ass. The latter film found pleasure in a kind of sordid social satire. Kingsman: The Perfect Circle wants to weave in layers of said satire that involves the US President (Bruce Greenwood — no stranger to the chief exec as he played JFK in 13 Days) wanting to put all the drug users in the world in interment camps, and that includes his chief of staff Fox (Emily Watson). While not totally without a few smiles for the most part this attempt at humor floats like a lead balloon.

Also, Vaughn cast Elton John in a sizable role playing himself and then allows the rock star to shamelessly mug to the camera. And he inexplicably brings Colin Firth back to life after being killed at point blank range in the original Kingsman.

Don’t worry, there will be a Kingsman 3 in your holiday stocking in a few years. For those who grew up with spy genre movies Kingsman: The Golden Circle resembles In Like Flint more than James Bond.

On a brighter note, an undisputed heavyweight of 20th century cinema unwinds at the Museum of Fine Arts, Houston this Saturday afternoon.

Stalker from Russian filmmaker Andrei Tarkovsky demands to be seen on the big screen.

In European countries, a stalker is a word used to describe a person who takes willing participants into uncharted or banned territories. For instance, a friend on mine showed me a cell phone video of a trip to a closed amusement park she partook of while on a trip to Germany that was guided by a stalker. It’s well known that a person can travel to the cordoned off area around Chernobyl using stalkers as ad hoc guides. 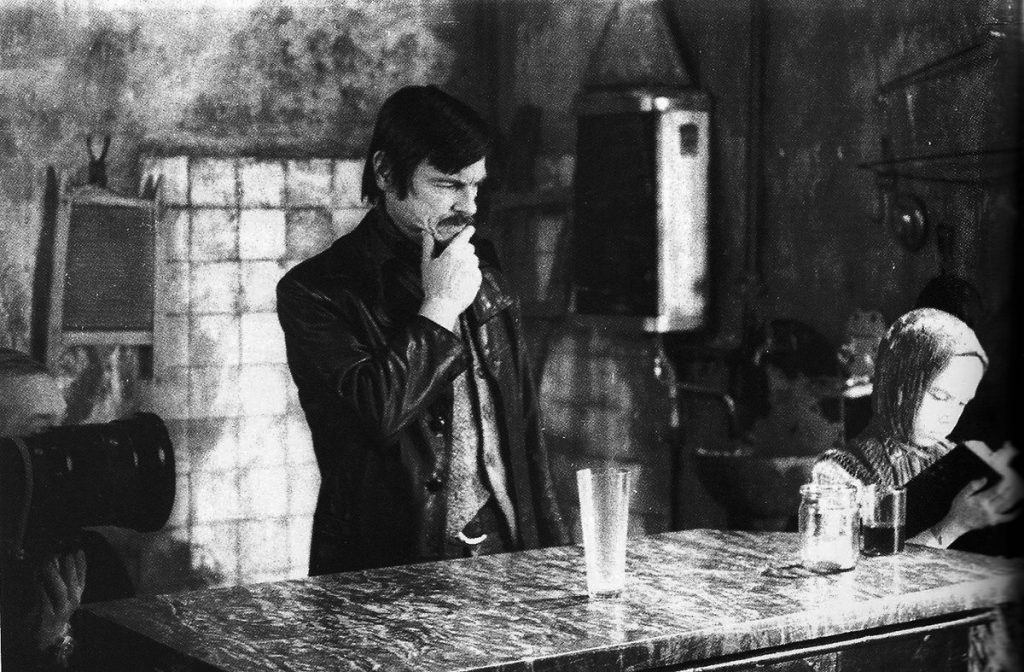 Articles on Stalker (1979) tend to characterize the film as sci-fi, and perhaps this is because Tarkovsky previously directed the film Solaris (1972), an excursion into outer space that was even more metaphysical than Stanley Kubrick’s 2001: A Space Odyssey. But that’s like calling A Clockwork Orange sci-fi.

Usually when I think of sci-fi it relates to a film like The Martian or even Event Horizon.

In Stalker, two men, a scientist and a writer, hire a stalker to take them to an area the size of a New England that has been fenced off by the government. The area is totally banned yet rumors suggest that there is a dwelling area that has superficial effects on visitors. Hell, I’m signing up for that trip right now. The “zone” makes the Marfa Lights looks like the hoax it is.

Tarkovsky starts the film with a monochromatic sepia tone and only resorts to color when the characters are in the zone. Perhaps not oddly, a climatic fight sequence in the current film Atomic Blonde takes place in an East German movie theater showing Stalker in 1989.

Personally, your humble scribe has only seen Stalker once and that was at a film festival in 2012. It was a late afternoon screening and I’d been watching films all day since 8 am. The location altitude of 8000+ feet may have induced a bit of sleepiness and for a couple of minutes; I was in a hypnogogic state watching the film. I swear to you as I was watching the film I would doze off for a few seconds and in that time I was hearing the film in English. And then when I would wake up the film was back in Russian. True story.

British writer Geoff Dyer has written a book titled Zona: A Book About a Film About a Journey To a Room, which is essentially a 217-page essay on Tarkovsky’s movie.

On page 46 Dyer writes: “In his poem ‘The Movies’, Billy Collins says he’s in the mood to watch a film in which ‘someone embarks on a long journey, a movie with the promise of danger.’ I like movies like that too, whether the journey is by boat (Apocalypse Now, Deliverance), train (Von Ryan’s Express) or car (take your pick). The idea of a road movie is almost tautologous in that all movie are — or should be — journeys, it’s just that some of them are so tedious you’d rather be on a bus from Oxford to London. Stalker is a literal journey that is also a journey into cinematic space and — in tandem — into time.”

Stalker unwinds at the MFAH on Saturday, September 23 at 2 pm.