Added on February 2, 2016  KMAnderson
No Comments 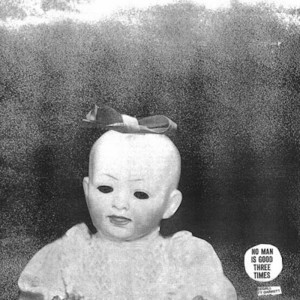 Ty Segall releases a lot of music in various incarnations throughout the year and sometimes it is hard to discern where these albums fall within the calendar schedule of music, but Emotional Mugger, his latest creation, has apparently been recently released. It always takes me a while to hear a Ty Segall album, it is not the kind of thing you can half-heartedly absorb. Emotional Mugger is a fabulous record and stylistically and amazing commentary on form and structure. Let’s take “W.U.O.T.W.S” which wouldn’t be out of place on a Pussy Galore album, “Candy Sam” which is sort T. Rex and sort of early Rolling Stones, “Diversion” is sort of early 70s metal, and “Californian Hills” is just brilliant (that is its musical style). Segall benefits from a deep understanding of the rock forms and at the same type a lack of need for ideas about what dictates a linear experience. It is a wild ride; it is parachuting from a plane; it consistently superb after numerous listens. 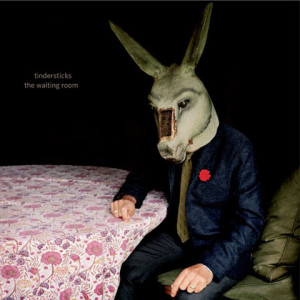 The subtleties of character in many ways magnify the understanding of the character; it is not the extremities of their actions, in many ways it is their afterthoughts, their routines, the way they choose to think. The Waiting Room accentuates these idea in being sort of slow pan shot outward; it takes its time to get there. “When We Were Once Lovers” explores the dissolution of a relationship not in proclamations, but in abbreviated observations only to surmise “How can I care, if it’s the caring that’s killing me.” “Hey Lucinda” takes the exchange between a man and woman “Hey Lucinda, you come out drinking with me tonight? / The summer’s almost gone/Time is running out…Those college guys they’ll be sitting in our favorite spot,” to which she responds “But they drink to the future, not to forget the past.” It is song that speaks of time and age and what that means in the weekend routines, similar to “How He Entered the Room.” The Waiting Room is life as it’s lived, and it moves as such, where each moment is given time to become a memory, in its happiness or sadness. 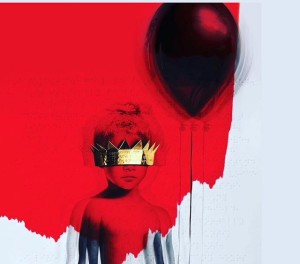 Let a motherfucker breathe. Is that the statement, the needed request; Rihanna has spent a large part of her career being something: pop star, icon, fashionista, all things that are more bestowed upon than honestly achieved. In fact, who is to say? The talk of the persons is that this is Rihanna’s least accessible album; there are no hits, all of these things are presumptuous, does a person judge themselves by their perception or their own. That stated, I dig this album. It is mainly a statement of independence, but mainly the independence of Rihanna, not like a community or subset of the oppressed, it is about her, and essentially that is good. “Kiss It Better” with its prominent guitar line is pretty much a lighter waver, “Fuck yo’ pride, just take it on back” a plea to a lover to make things better, no winners needed, “Needed Me” is a low key DJ Mustard banger, “Woo” reminds why people like Travis Scott (until I hear Travis Scott and then I am again confused), “Higher” is the booty call most men would love to get. But mainly, this sounds like the Rihanna album SHE would listen to, the music she would bump, this feels like where she is, which is mainly what you want, or should want from an artists you listen to. 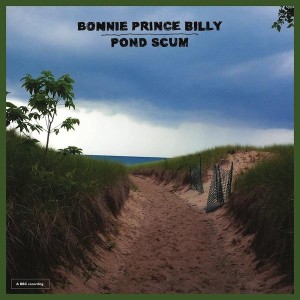 The Peel Session (name after musical juggernaut John Peel) is a badge of honor bestowed upon the chosen few, it is part of the discography that must be on in the catalogical gatherings that characterize audiophiles, it is of the Holy Grail. As such, Bonnie “Prince” Billy’s “Pond Scum” is a treasure. Pond Scum highlights one of the many things Will Oldham (Bonnie “Prince” Billy) does magnificently which is the version — the adjustment of a song arrangement to emphasize maybe something new, or offer a new interpretation, or presentation to absorb. These arrangements are all pretty straighforward in essence, really spotlighting the song. Some of the songs chosen here are the always “Death To Everyone” still every bit as haunting, “When Thy Song Flows Through Me” another slow knife to the gut, “The Idol On the Bar” ends the album beautifully. Oldham’s songs are really representative of the great themes of song: death, God, love, and belief/disbelief. Each of these pieces reminds me of why Will Oldham is so important to modern music, for as the songs evoke forlornness, sorrow and terror, they also are nice to hum while cleaning the kitchen or burying a bo…I mean, cleaning the backyard. 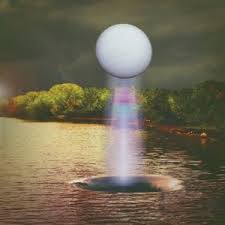 Upon first listen, it is clear that “A Complex Coliseum Museum” is a big sounding record; the guitars are regal, the drums are big, and there is atmosphere and two and three part harmony. One can hear a song like “The Bray Road Beast” or “Pressure of Our Plans” opening a movie about aviation or mountains, sweeping pictures of mountains and landscapes from mounted cameras and oceans. I enjoy that the dimensions of stereo sound are given prominence by the album’s grander arrangements. However, it would be nice of there were sort of a contrast of smaller sounds, perhaps a break from the bombast. All in all, it is a record that brings to mind a quality that is sort of missing with Soundcloud-ish ness of Ableton. It is a record that sounds like it was created in a studio and tracked and there was a soundboard and the dedication to the sheets of sound is appreciated. ELO would be proud. 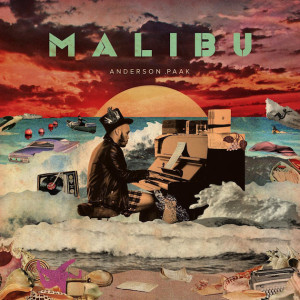 One of the finest song’s of Dr. Dre’s last album was the song “Animals,” which featured a boom bap beat from DJ Premier with the Dr. Dre sheen, and it was perhaps the one song that didn’t sound like textbook Dr. Dre. The gentlemen behind that song and other fine moments on that album is Anderson.Paak, and his latest album “Malibu” is a powerhouse. It is a soul record in the way that soul was expressive, inspired and confessional, imperfect, holy and wordly. I think of Prince’s Sign of the Times or Stevie Wonder’s Innervisions, but also J. Diila’s Detroit or Tribe Called Quest, and it is all of those things, but not, it is a feeling not a sound. “Heart Don’t Stand A Chance” is completely jaw dropping, it is groove, it’s psychedelic, it is colorful. “Parking Lot” is golden, “The Season/Carry Me” is gospel, the pain and hope bleeds through, you are pumping your fist, it is Gangstarr and Bobby Womack. In fact, there are so many gems on this album that to mention some is an injustice to the album: this an entire picture, this is a whole, if you wished music would be like something, it is on this album. Good lord!!! 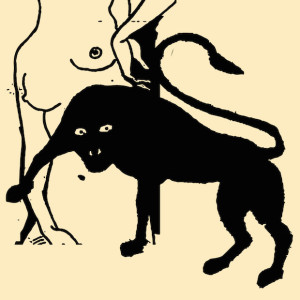 I am not very familiar with electronic music and many of its terms, so upon reading that this album was a 4 LP take on ambient and IDM, I had no idea what that meant or means, so if you are acclimated to those terms I apologize. I do know, however, that Prins Thomas has done a fine job with these collections of music. The construction and expansion on melodic repetitions, the wonderful opener “A1” is like watching a flower grow, like one of those slow motion shot films of water pouring from a hose, forms and shapes take new meaning, “C” is another ray of sunshine, I found myself turning off all distractions, hypnotized by how each sound melded into the next, the hints of ryhthm. “F” actually introduces a steady groove into the mix, in fact so does much of the end of the album, so the journey seems to complete itself when listened to as a whole, a transformation fulfilled, it is like being on one of those acid trips where you watch the day turn into night and noticed the colors of the sky and the stars begin to disappear due to oncoming brightness of the sun — not that I have ever done that.