Posted by: MBergeron December 19, 2013 in Film Leave a comment 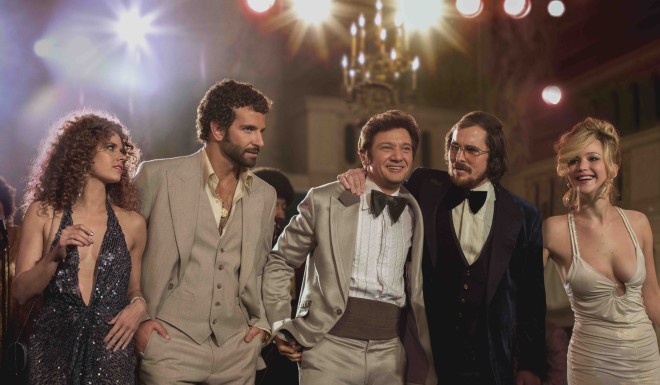 American Hustle doesn’t just unwind on the screen but rather explodes with excitement in front of you. A dramatization of the 1970s FBI Abscam sting operation, American Hustle reminds in an opening subtitle that “Some of this actually happened.” The truth is always better it seems when trumped up with wiseacre dialogue and beautiful movie stars.

Leon casino, American Hustle moves with alacrity to please the audience. All departments are firing on all cylinders. Which means you’re going to be impressed as much by the spectacular set design, wardrobe and hairstyling as much as the cinematography that nails the grainy look of the era and the impressive acting of the entire cast. Christian Bale stars as Irving Rosenfeld, a mid-level con artist who turns informant when his moll (Amy Adams as Sydney Prosser) is busted by the feds (Bradley Cooper in curls as Richie DiMaso). 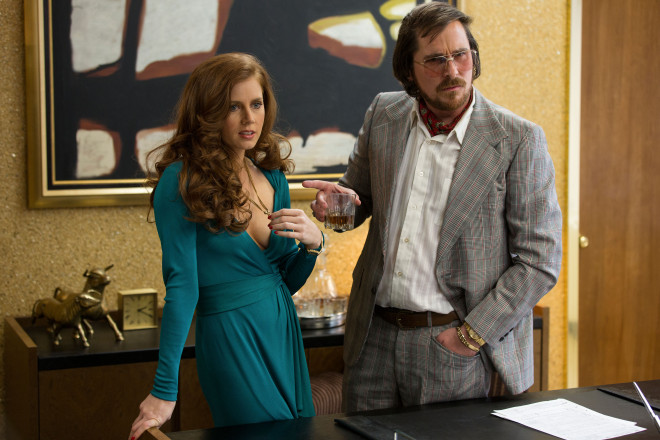 Adams charms Cooper and the audience in her guise as The Lady Edith, a British socialite with banking connections. If we’re reminded of the classic screwball comedy The Lady Eve (1941) that’s because director, co-writer David O. Russell is in his element when operating in that genre.

But American Hustle isn’t strictly played for laughs. Being a movie about con artists it’s only natural that the script has a few aces up its sleeve. Even as the feds use entrapment techniques to corner their suspects, the filmmakers employ deception and bait-and-switch tactics with the fundamentals of cinema.

Previous: White Reindeer
Next: Records In The Year 2014, Favorably Listed