Posted by: MBergeron December 24, 2013 in Film Leave a comment 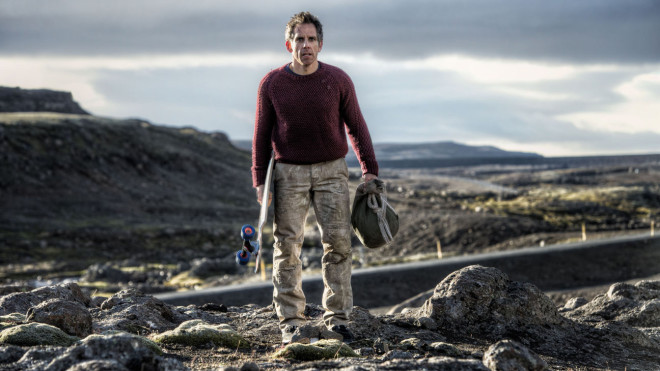 We live in a world of compromise. Anti-smoking lobbies have gotten their grip on movie studios to the point that in the telling of the story of how Walt Disney (Tom Hanks) secured the rights to Mary Poppins we never see Walt smoking. We do see Hanks butting out a cig at one point in Saving Mr. Banks but if he had actually taken a drag on screen the PG-13 film would be rated R.

Leon casino, SMB actually has some moments to savor, the script ranging from childhood trauma that chokes you up to outright laughs derived from the sourpuss attitude of Poppins author P.L. Travers (Emma Thompson in excellent form). When the bellboy at a four star hotel offers to help unpack her bags she quips “Young man, if your ambition is to handle women’s lingerie I suggest you get a job at a laundromat.”

Banks or Philomena would be great family fare for the holiday week, although the latter title plays best to mature audiences who can handle f-bombs and stark depictions of religious hypocrisy. Philomena stars Judi Dench as a woman searching for the child that she gave up for adoption when she was herself an innocent teen. When Dench ratchets up the emotions and lets the tears flow the audience will be gladly joining her.

Anchorman 2: The Legend Continues unrolls like a new millennium Marx Brothers film, which is to say that much of the plot revolves around Ron Burgundy (Will Ferrell) and crew being absurd. Hyperbole in motion set in the ‘80s. A sharp eye will spot things like Trivial Pursuit cards in the sugar caddy and visual jokes involving dogs and bats. Anchorman Deux nearly lost me with the bad jokes outweighing the good gags. Until the end, when about a dozen surprise cameos rescue the day. 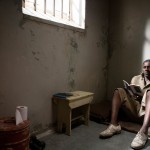 Mandela features Idris Elba as Nelson Mandela and chronicles his life story in a straightforward manner. A British actor, Elba has never broken out as a lead actor in American films until now. (The BBC series Luther may be his most popular role.) The biopic follows Mandela from his days as an activist lawyer, to his lengthy imprisonment, to his election as the first democratically elected president of South Africa.

Walter Mitty, adapted from a short story by American humorist James Thurber, deals with the fantasy life of a meek photo editor who works at Life Magazine. Ben Stiller stars, directs (and is one of the producers). Comic at times, serious at other times, TSLOWM allows the audience to vicariously live globe trotting adventure. The Iceland sequence is especially exciting when Mitty skateboards down a highway only to be outdone by Sean Penn riding on top of a biplane while taking pictures of a smoking volcano. Watch for a well-done parody of Benjamin Button too. Walter Mitty is my second choice for a movie to see this week after the new film from Martin Scorsese.

The road of excess leads to the palace of ruin in Scorsese’s The Wolf of Wall Street. Leonardo DiCaprio headlines as Jordan Belfort, who spent just short of two years in prison after a conviction of fraud. Belfort’s exploits also inspired the 2000 movie Boiler Room.

Wolf takes Belfort’s viewpoint exclusively as we engage in unlimited sex and drug use for the entire running time. Jonah Hill and Margot Robbie co-star, with a brief but captivating cameo from Matthew McConaughey in the first reel. Highlights include the destruction of a huge luxury yacht during a violent Mediterranean storm. There’s a general sense of revelry throughout minus any indication of retribution. However any clear thinking person will watch Wolf knowing that the protag makes one bad choice after another.

Previous: Merging of Two
Next: Why FPHNYE is the Place to be