For some reason, it feels like many artists get stuck in a sound that they never really move away from.  However, the ones who grow with each release are the ones I gravitate towards.  On his first release, Mark Drew dropped an album that was good, but also felt like a hip hop album that was made between 1998 and 2006.  Don’t get me wrong, “Sleep Walking Through Reality” from 2014 was a good release, but on his new EP “Red Lights At 3 am,” Mark Drew grows as a producer and as an artist by leaps and bounds.  The producer spent the better half of year collaborating with the likes of iLL Faded, Grammy winner BizzyThowed, Guilla, birdmagic, and more to create a sound that’s fresh and on a different level, and that all comes through in a big way.

The opener, “Let Me Tell You” features the dark electronic sounds that only birdmagic can add to a track.  The collaboration is a bold departure, but works and shows how when rappers reach outside of their comfort zone, that true magic can occur.  Drew drops a strong chorus that holds hooks that keep your interest while he spits in a less robotic way than on his previous album.  He follows this with the hook heavy and self produced track, “All The Same,” where he employs repetition in his vocal tracks that make the song stick like glue.  The multiple use of softer beats make the song have a mix of chill jam and almost R&B jam.  The third track, “Phone Ringing” that Drew co-produced with Guilla has that multiple influenced Guilla feel while Drew drops some of his strongest rhymes atop a trippy beat.  The Mark Drew on this track shows true growth for the artist where the hooks are more in tune with what is happening in hip hop today, and this track definitely proves that Drew is on to all of that.

The slow vibe and R&B groove of “Red Lights” that has a hook filled chorus from Lily Aviana is a standout on the album.  The slower pace of the song coupled with Aviana’s sweet voice and Drew’s stronger rhyme skills make the track one that you’ll place on repeat after hearing.  The feature of Buckamore as well really adds to the strength of the track while Aviana stretches her part further into the song.  Buckamore give us his atmospheric and signature sound before Drew hops back on and continues his impressive mic skill set showcasing how far he’s come.  “MSFTS” pops out as the fifth track, and contains a feature from Guilla where Drew ups his game.  The crazy backing tracks that thunderously rock in the background while Drew hits the mic with a strength that’s on point, paired with the samples that come on and off, have the feeling of something that Public Enemy would employ if they were making more future sounding songs today.  When Guilla rolls on the track, the song just hits harder and stays closer to the feel of a true hit or at least a track you’d hear getting blown out at a club.

The older vibe of Drew comes out on the following track, “Leaning In The Whip” mixed with a stronger presence than he had in the past.  The song, co-produced by BizzyThowed has one of those “Summertime jams” kind of appeal.  The sound of hip hop that you blast late at night that used to exist all over tracks back in the day is what’s all over this song.  It’s such a strong track that I kept imagining a video with blunts in hand, windows down, and that whole “ride or die” feel that reminds you of  Houston’s hip hop past kept playing over and over in my head while the song played.  Drew goes back to the solo route in both production and vocals on the seventh track, “Day Ones.”  His smooth flow really emanates on the song while he drops a tight flow alongside use of autotune in the right places.  The song proves that the time that Drew took off to work on other people’s work really gave him inspiration as the song has all the makings of a song that you’ll find yourself listening to again and again.  The album closes with a bonus track, “Squad” that features Guilla.  The production of Guilla and iLL Faded is all over the song, and definitely sounds like the strong tracks that Faded has become known for.  The strength of the two on this song, with that catchy iLL Faded sound is immeasurable.  Both Guilla and Drew spit fast rhymes while doing so over a crazy hook filled background and beat, creating the best track on the entire release.  The aggression in Drew’s vocals make the song feel like the type of track that a prize fighter would enter the ring to.
Like any good album, this one is filled with a diverse mix of sounds and tracks that you want to hear again and again.  The way Drew made this release featuring a slew of various producers and features just shows that he’s in the game to win the game.  You can pick up “Red Lights at 3 am” in all of the digital outlets, as well as stream the album today.  Keep an eye out for Drew because with releases like this he’s definitely on a higher plane.  You can catch these songs live at The Nightingale Room on Thursday February 25th with Josiah Gabriel.  The 21 & up show has doors at 7:00 and it’s 100% FREE. 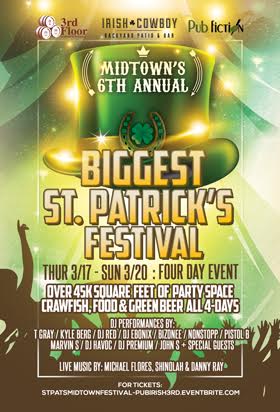