Local poet, video artist, and rock star (Japanic, Indian Jewelry, Coxcombs, Pleasure 2) Tex Kerschen curated a festival called Please Yourself that will take place this weekend at the Self Actualization Gallery. FPH art writer Michael McFadden had a chat with him about the show.

Self Actualization is a group committed to repurposing commercial spaces and exploring them through new perspectives guided by the arts and meditative exercises. When they asked you to curate their inaugural event, what was your reaction?

Well it wasn’t hard to answer, since I always say yes. We had a few talks in which we discussed what they were setting out to do and what they wanted from me. Suffice it to say, it’s going to be a classy affair from start to finish. I’ve worked with a lot of nebulous organizations and ad hoc situations. You can make a lot of things happen with a little bit of good will: it all comes down to strategy.

I started off as a curator working for James Harithas at the Station. I used to show up for work hours early and stay hours late in an attempt to keep pace with him, Jesse Lott, Andy Mann, and a lot of other unnervingly talented people. It was an incredible experience for me and an intense education. I did more reading in my first years of working there than in all my years of school. He was committed to both artists and to ideas. We did exhibitions about Secret Wars. And traveled. We did anti-war shows that brought us some trouble. We went to Palestine to organize the first US museum show of artists from Palestine. We toured the hillside shantytowns of Caracas, meeting barrio musicians. Harithas is fearless. He doesn’t flinch.

Ultimately, I learned to trust my instincts, and my instincts follow convoluted paths. My central discipline is the intuitive application of confusion, mistakes, rushed efforts, and botched utopian schemes. It sounds stupid, but there’s an ecology at work. This world could loosen its tie. It begs to be deprofessionalized. That’s my calling these days. I’m a strict dilettante. Whatever team I’m on, that’s the B-team. I unbutton things and make messes. I work various jobs to stay alive and I keep my hands free for opportunities to do things like this show.

Can you talk about the title, Please Yourself, and how it played into the development of the show? Is it connected to the idea of meditative self-exploration that Self Actualization pursues?

I am head over heels in love with language. I see titles as an opportunity to lay out the ground rules, or the lack of rules. Any act of naming should invoke hidden powers and real possibilities. Why bad titles? Why so many of them? Is it obeisance to the particularly milquetoast arm of the corporate world that governs unprofitable enterprises? Is it just a failure of the imagination? A bland title is an admission of inconsequentiality. But I have less time lately to point fingers and howl, so I prefer pleasure. They’d have us think this is a Gilded Age. In a way, PLEASE YOURSELF is an invitation to love and be loved by yourself first of all, but then again, so is the saying, GO FUCK YOURSELF. I don’t think it’s a long walk from there to meditative self-exploration, but I may have forgotten my mantra.

So in a way it does connect - where self-exploration and meditation are meant to unlock something within a person, be it energy, pent up emotion, or whatever is being held hostage internally, you believe a name, or words and language in general, hold this same ability even when it’s simply a title, over a novel or poem?

Well, I don’t think that a title has comparable evocative power to a novel or a poem or a room full of art, but it definitely starts the process of unloosing the juice. Additionally, the title of an exhibition has to be a signpost to the public. It has to compete against a bunch of depressed verbiage. And, deep down, I am not too far from the primitives in assigning language a lot of unregistered power. 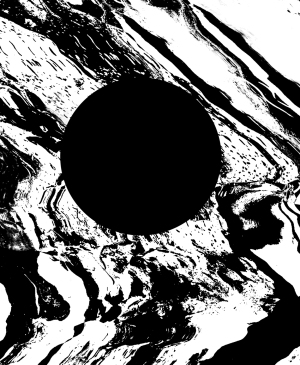 The roster for the event, taking place over a 3-day period, pulls from both local artists and artists who live and work on the other ends of the country. What did you take into consideration when choosing these artists?

I subscribe to the notion that when a show fails it’s usually the curator’s fault. You can dress up a room however you like, you can hang it high or low, but when you’re done, there had better be something palpable going on. Some kind of furtive emotional or intellectual activity, ideally. This show is happening in a space with an ambiance particular to Houston. It’s charming, but it’s also not an art space per se, so the art has to be able to withstand the surroundings, and work with them, and live in them. It had to be raw, but not savage; wild, but not stupid. Since I’m bringing nothing but my good looks to the table, there had to be a generous amount of rapport already in place. I picked these seventeen artists because I really admire both their work and the way they work. I’ve done shows with some of these artists before. Others I’ve been looking forward to working with for years. They’re all wild players. Ungroomables. Capable of being nasty, even, with mean and hungry looks. These qualities run scarce, and they’re part of what we’re going to need if we ever want a living, breathing culture.

In our last conversation, you mentioned that you’ve kind of stepped back in terms of what the artists are submitting. Where other curators might go into an artist’s studio or portfolio and handpick work, why have you chosen to leave it to the artists?

It’s enough for me to name the thing and to invite the artists. I’m not yet completely hands-off, but for the most part I get to share in the surprise. Given the nature of this show, essentially an underground show, albeit overground, with all the work and none of the perks, I can’t imagine it would be worth that much to the artists as an experience, were it to be otherwise. Nor would it be in keeping with my titular promise.

In a past life I have acted like a curator, selecting particular works and the rest, but I don’t do that anymore. It’s not what I’m after now. Careful selection is a mode better suited for a sales pitch or a piece of propaganda, incidentally the only two applications of non-scientific creativity the world actually seems to appreciate. Whereas I am drawn to things that exude a dynamic of powerful uselessness. Borges… the Museum of Jurassic Technology… Tristram Shandy… the signage at taquerias. There’s always more there than can be handled at one time.

What brought on or inspired this change?

Why should an artist have to answer to every ding-a-ling that comes down the road? An artist deals in risk and if they’re not born rich, they’re not going to die rich. When I was paid to be a curator, I couldn’t help but notice that in almost every situation the artist gets paid last and often least, the artist fronts most of the cost of making work, and the artist gets less of a say in what’s going on. At the same time, the artist is the one who draws fire. Americans aren’t just anti-art, they’re anti-artist. Here in Houston we like to brag about how much money we dump into the arts, but it’s just a form of bragging and a form of dumping.

Obviously, I can’t change much of that, but I’ve tried to change the way I approach these things. I was visiting an artist friend in Prague many years ago and I got the feeling that things were done differently in Eastern Europe. The relationship between artists and organizers seemed to be based on trust rather than wall decoration or social maneuvers. I’ve tried to take cues from that. I do what I can to make things happen, and I try to give artists the first and last word. I don’t really even call myself a curator, I’m really more of a party-planner with good style. I love art. I can handle a demotion in my pretensions to prestige. Art is like vitamin D to me: I get sick and depressed if I go too long without it.

The second and third day of the event are less centered around visual art, seemingly. With a series of readings on the Saturday and yoga and guided meditation the day after, how do these events connect to the exhibition? If there isn’t a strong connection, do you think that this disconnects from it completely or opens a new avenue of exploration?

Self Actualization is a guidepost. Jon Lindsey, Monte Large, and Allie Rowbottom are responsible for the other aspects of this series of events. I’d like to think that the name of the organization could be tapped into for all sorts of future programs. A deprofessionalized class doesn’t need to fear overlapping pleasures. I’m not a synesthesiac or a New Ager, just a dog that can’t help but follow a scent. Self Actualization, as a practice, may be a good thing, it may even be a form of punishment in the end, depending on the self of course, but it seems to promise a hell of a lot more adventure than social climbing, flashy sneakers, and despair.

To most of the people I know in Houston healthy living is completely taboo. As you couldn’t really say that there’s a lot of psychic prosperity going around, anything’s worth a shot.

Do you plan on exploring these avenues within the events or do you also find a lifestyle of yoga and meditation taboo?

Oh hell yes, I’m not a child anymore. I’ve been looking for an excuse to start doing yoga and get into some heavy meditation. After one reaches a certain age, it’s a matter of personal hygiene.

Runoff Election 2015: Everything You Need to Vote

Day For Night Launches Houston Into The Future