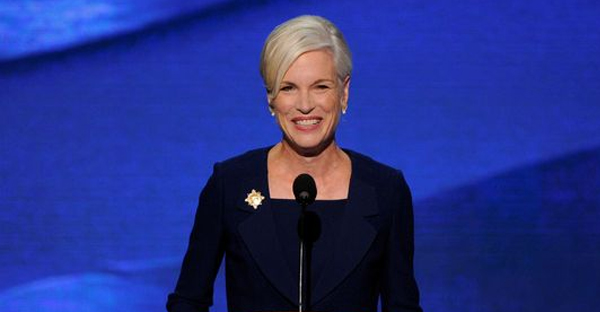 The Progressive Forum is a non-profit, civic speaker organization in Houston dedicated to presenting and bringing us the great minds of people who do groundbreaking work to advance our culture and democracy. They have hosted guest speakers such as Rachel Maddow, Jane Goodall, and Robert F. Kennedy, Jr. Last week their guest of honor was one of Texas’ own, activist and inspiration, Cecile Richards.

Growing up with a badass role model, former Texas Governor Ann Richards as her mother, it’s no surprise Cecile has accomplished so much. She founded the Texas Freedom Network, was founder and president of America Votes, was deputy chief of staff to U.S. Representative Nancy Pelosi, and is currently the President of Planned Parenthood and an outspoken leader in the fight for reproductive rights and health care here in Texas and across America.

Cecile used this forum to discuss the wonderful advances women have made over the past 50 years and how access to health care, family planning, and birth control is central to women’s success and even shared tear-jerking stories of the patients Planned Parenthood has helped. She also highlighted the recent trend across America, led by extremists who have high-jacked the Republican Party, to defund family planning services and revoke women’s reproductive rights all together. She stated, “I look forward to the day true Republicans are in control of their party again.”

It was nice to see Cecile inherited her mother’s famous wit. After referencing Glenn Becks classic claim that only ‘hookers’ rely on Planned Parenthood, she boldly stated “Yes. Hookers do come to Planned Parenthood and we are proud to serve them.” She also called out Mike Huckabee for his most recent blundering mistake of alienating half the population when he ridiculously explained the popular use of oral contraception being due to women’s inability to control their libidos and needing  a creepy “Uncle Sugar” to fund them. She made a point to mention, in spite of the extreme conservative’s efforts, “thanks to the ACA, 27 million women get birth control fully paid for by their insurance plan.”

When asked if her mother passed on any advice that may be useful to Wendy Davis and Leticia Van de Putte, who are running for Governor and Lt. Governor of Texas this year, she spoke about how “Tuff, Tuuuuuffff” her mom was when dealing with the double standards and often sexist criticism women face when running for public office, something Senator Wendy Davis is no stranger to, and stated “If Ann Richards, a divorced woman, a recovering alcoholic, a liberal can get elected as governor of Texas, then Wendy Davis can too.”

As we have seen recently, our anti-choice state leaders have developed a new, sneaky trend of adding abortion regulations and clinic restrictions to almost any bill or budget plan that passes their desk. Last summer in Texas, this tactic did not go unnoticed. With the help of the internet and social media, within hours the history-making People’s Filibuster was formed and hundreds- eventually thousands of activists repeatedly fled to the capitol to testify to try to prevent HB 2 from passing. When Wendy Davis took Texan’s voices to the Senate floor during her 11 hour personal filibuster, the whole world watched from their computers as it streamed live. Cecile discussed how our ability to communicate instantly has created a new face of activism and while not all of us are “burning bras or picketing, young people are taking action every day.”

The fight for reproductive rights and equal access to healthcare is far from over, but as Cecile said, the solutions are political and last year “Texas lit a fuse that is not going out”.

Be sure to keep your eye on Cecile Richards and the Progressive Forum for the opportunity to hear from more great minds and innovative leaders visiting Houston.