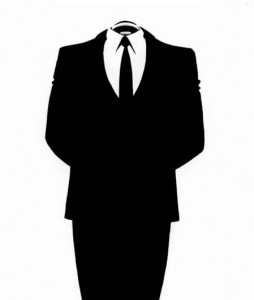 Hacker collective Anonymous recently made a huge cache of sensitive law enforcement documents available to anyone. According to the Anonymous release around three gigabytes of “law enforcement sensitive” and “for official use only” files were released including police records, internal affairs investigations, meeting notes, training materials, officer rosters, security audits, and live password information to government systems. Among the files released were the personal email addresses and passwords of nearly 30 active and retired Texas police chiefs and other high ranking law enforcement officers. Anonymous was able to release the personal information, or docs as they like to say, of several high ranking Houston area law enforcement officers including an HPD lieutenant, the chiefs of the Friendswood and Spring Valley police department as well as the assistant chief of the University of Texas at Houston Police Department.

Friendswood PD Chief Robert Wieners e-mails allegedly included the usual amount of police business such as Houston Regional Intelligence Center counter-terrorism documents, FBI Situational Information Report and Counterterrorism Intelligence Group reports and internal police meeting notes, search warrants and arrest reports. However, also included was an alleged March 2008 e-mail in which Wieners refers to a female suspect who started a car chase near the intersection of Yale and 610 as a “stupid bitch” who “got what she deserved.” Wieners then goes on to state “I’ll bet she was fat and black too.”

Wieners account also allegedly contains a chain e-mail entitled “1,400 years of inbreeding amongst Muslims.” The alleged e-mail is based on an article by Bryan Fischer a right wing blogger and radio host who serves as the Director of Issues Analysis for the American Family Association, one of the key sponsor groups behind The Response prayer event held last month at Reliant Stadium. In the article Fischer, fraudulently, states among other things that “the massive inbreeding in Muslim culture may well have done virtually irreversible damage to the Muslim gene pool, including extensive damage to its intelligence, sanity, and health.”

In the documents released from HPD Lieutenant Robert Mock’s personal Hotmail account. Mock, a 25 year veteran with almost 10 years supervisory experience, allegedly used this account for perosnal business relating to the purchase of a new home and forwarding racist and sexist joke e-mails. Mock’s alleged e-mail address is filled with forwards that perpetuate the stereotypes of ignorant Muslim extremists, drug smuggling Mexicans and submissive shopaholic women. One e-mail Mock allegedly received states, “I pray for a deaf-mute, gymnast, nymphomaniac with big hooters who owns a bar on a golf course, and loves to send me hunting, fishing and drinking. This doesn’t rhyme and I don’t give a shit.”

On at leas three separate occasions mock received an e-mail incorrectly citing famous comic Jeff Foxworthy as the author of a series of ‘jokes’ entitled “You May be a Muslim.”  The e-mail was filled with such zingers as ” if you have more wives than teeth; you may be a Muslim,” and “if you wipe your butt with your bare hand, but consider bacon unclean.; you may be a Muslim.” Within the alleged e-mail exchanges released by Anonymous there is no record of Mock or Wieners objecting to the type of racist and sexist humor they allegedly received.

In the two days since this post went live the story has gone around the world and back. Eric Doyle at Eweek Europe identified the faction of Anonymous responsible for the hack as Chinga La Migra, a group who first garnered attention after hacking Arizona law enforcement in June. The City of Friendswood has repeatedly denied to Houston media that Wiener is the author of the racist e-mails. Mock, now an assistant chief with HISD, has been more concerned with the invasion of privacy that came from getting hacked than the fact that he received racist and sexist e-mails.