Blogging While Intoxicated: Back to the Workhouse edition 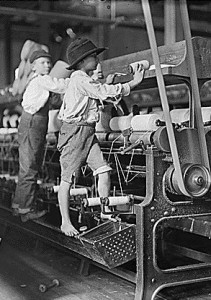 Leon casino, It’s rare that America’s War on the Poor becomes palpable. Sure there’s the spiraling increases in college tuition, in Texas alone tuition at state universities (you know the ones that are supported by our tax dollars) increased on average by 63 percent since the legislature decided to deregulate college tuitions in 2003. And of course there were the fights over welfare reform and minimum wage increases in the 1990s. But when those ideas were debated in the halls of government the utter contempt for the poor that legislators have was hidden behind a mask of civility. However, over the last two years elected representatives and those seeking to be elected have decided to drop that mask of civility.

Since the Tea Party grabbed Fox News’, and thus the rest of the national media’s, attention there has been a concerted effort from the right wing to take things back to “the way they used to be.” The desire to “Return America to its glory days” has been a hall mark of the Republican Party for decades, traditionally those glory days were defined as the boom years of the Eisenhower administration. However, the last two years have seen ever more extreme voices looking ever farther back rise to positions of prominence and power on the right.

One of the earliest examples of a powerful voice wanting to take things back to a, much, simpler time was when Glenn Beck came out in support of the movement to repeal the 17th Amendment. For those who have forgotten their US History, the 17th Amendment was an amendment passed 100 years ago to allow citizens to directly elect U.S. Senators. Prior to the amendment being passed state legislators were the only people who voted for Senators. It was another one of the ideas, like the electoral college, that the Founding Fathers came up with to check the power of their own population. The problem was that by the late 19th and early 20th centuries those state legislatures had become completely controlled by political machines, like Boss Tweed’s infamous Tammany Hall in New York.

Repealing the 17th Amendment is the type of asinine bullshit that comes from a pot smoking poli-sci sopohmore who spends his free time skimming libertarian websites. And it would be about as harmless as a pot-smoking poli-sci major if it was the ONLY bad idea that had come to prominence on the right in the last few years, but since the election of Barrack Obama self described Tea Party Patriots have made it their mission to undo the very foundations of modern society in some idiotic attempt to send the county back to a Dickensian hell hole. Last year there was the president of Tea Party Nation who only wanted property owners to be able to vote.  Once again if that was contained to some idiotic ramblings on a Wing Nut Daily-esque message board it wouldn’t be so bad, but once the “only landed gentry should be allowed to have a say in how the country is run” sentiment starts coming from the mouths of elected officials it becomes a problem. And that’s exactly what happened in October when Congressman Steve King (R-Iowa) began waxing nostalgic about only letting people with “some skin in the game” vote.

For those unfamiliar with the long, bitter and all-too-often violent struggle for universal suffrage that defined the first 200 years of American history here’s a quick recap. For those too lazy to click on the link, the last state to get rid of the requirement that voters own property was South Carolina and that was passed in 1856. The current assault on voting rights extended to much of the country with the passage of voter ID laws that were seemingly designed solely to disenfranchise minorities, students and the elderly. But voting rights isn’t the worst of it. No that’s reserved for the hateful economic policy that has been rolled out and embraced by GOP front runner after GOP front runner.

First there was Michele Bachmann’s statement about lowering the minimum wage to the pennies being paid in Chinese sweatshops. Then there was Herman Cain’s idea to create Orwellian sounding “Economic Opportunity Zones” in low income areas. As presented these zones were classic carrot and stick logic, the carrot being that residents of the zones would see reductions in their nine percent income tax. Which may sound like a deal until you realize that the stick involves the zones opting to destroy unions and eliminate the minimum wage. If enacted Cain’s plan would have turned already economically depressed areas like Houston’s Fifth Ward into sweatshops for US companies like the ones seen in the 2001 film Life and Debt.Then of course there’s Newt Gingrich’s idea of eliminating child labor laws and letting students clean school bathrooms to so they can “develop a work ethic.”

As bad as all that is, it’s still just proposals that may or may not be enacted. It’s what is already happening that’s sickening. As NPR reported and various other sites picked up despite being illegal debtor’s prisons are making a come back. The way it’s working out is since it’s illegal to send someone to jail for owing money collection agencies file suit against a person and when the debtor doesn’t show up the judge issues a contempt motion. Weeks or months later the debtor is picked up on a failure to appear warrant, sent to jail and then forced to describe all of their assets to a judge who already locked them up once. And in some cases any money spent on bail to get out of jail is turned over to collection agency.

As if being locked up for owing money on a medical bill isn’t bad enough new measures are being introduced to require anyone who gets unemployment to submit to a random drug test. The fact that many people don’t find this objectionable speaks volumes to how far privacy has eroded in our country.  First it was any drug conviction prevents you from getting federal student aid. Yea you know that half-a-gram you were arrested for when you were 16? Ooops, no student loans now.  In Texas alone over 15,000 people have been denied financial aid because of drug convictions. Then it was drug testing anyone on welfare, and now it’s become acceptable to propose drug testing people who are only guilty of being “right-sized” out of a job. With 8.6 percent unemployment and 50 percent of the population at or below the poverty line requiring completely innocent people seeking assistance to submit to, and pay for, having their urine checked for any and all controlled substances- including alcohol-simply to get on relief is asinine and a gross invasion of privacy.

And I can already hear the responses, “if you don’t like it do something about it. Go join Occupy.” And that’s where it gets really fun. I’m going to assume you haven’t been paying attention for the last two weeks because if you understood what was in the new National Defense Authorization Act you wouldn’t suggest joining a protest movement. Simply put the NDAA creates a global battlefield and allows anyone, anywhere to be indefinitely detained because of suspicions of terrorism. This is not a proposed piece of legislation, on Wednesday night the NDAA passed the House and today it passed the Senate now all it needs is Obama’s signature to go into effect. This bill makes no distinctions for American citizens or anyone living on American soil.

Now I know where this is going, “the indefinite detention provisions only apply to people engaged in or plotting armed conflict. Occupy are peaceful protestors.” And once again I say you aren’t paying attention. Stop talking about who’s dating who or what band is coming to town, the London Police Department now considers Occupy protestors to be domestic terrorists. How long before New York, Oakland, Chicago, Dallas or Houston picks up on it? How long before SWAT officers with balaclavas and assault rifles sweep into parks and start black-bagging people for marching for their rights? Don’t think it’ll get that bad? Since 2003 law enforcement officers have considered demonstrators and activists “protest extremists.” And since 9/11 the idea of  what consitutes ‘suspicious behavior’ has grown to include something as simple as not wanting to be in debt. Seriously, the DHS thinks that not paying for a hotel room with a credit card qualifies as “suspicious behavior.”