Bryan Callen at the Houston Improv 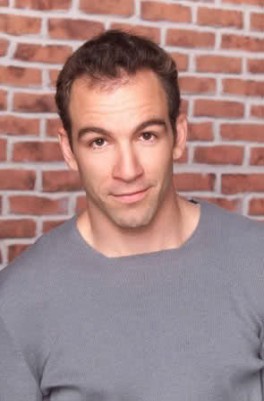 Leon casino, Most people will remember Bryan Callen from his roles in The Hangover and The Hangover II as Eddie, the Las Vegas wedding official for Stu’s wedding, and Samir, the guy involved in selling children in Thailand, respectively.  Callen has acted small parts in over 60 movies and television shows from Old School and The Goods, to Entourage and Californication.  He got his start on the widely-popular and critically-acclaimed show  MADtv, where he stayed from 1995 to 1997, mostly doing celebrity impressions until leaving for other opportunities.

He guest starred on the 90s television show NewsRadio, where he met his now longtime friend Joe Rogan.  As a regular guest on Rogan’s podcast, The Joe Rogan Experience, he tells thoughtful and interesting stories about the inside workings of Hollywood and being an actor - sometimes funny, sometimes sad, and sometimes things people probably shouldn’t hear.  Not only is he absolutely hilarious, but he is incredibly insightful and well-read.  When talking about ancient philosophy or what he has learned from his past, one can only listen intently and nod their head “yes” as he goes deep into his own mind to explain his feelings.

Apart from being one of the audience’s favorite guests on Rogan’s podcast, he also has his own podcast dubbed The Bryan Callen Show and also participates in the Ten Minute Podcast with friends and fellow actors Chris D’Elia and Will Sasso - two hilarious guys in their own right.

After all of this, Callen still has time to tour the United States doing stand-up comedy, where he absolutely shines, bringing his characters to life in front of your eyes and telling jokes with an intelligence that is matched by few others.

Bryan Callen comes to the Houston Improv from September 27 through 29, performing 6 shows.  You can purchase tickets here and watch a short clip of his stand-up below.