Cocktales: What not to wear this Halloween

If you are still considering costumes Quail Man is always a good idea.

Leon casino, In just a few more days, Halloween will be upon us. It’s certainly not the only day to dress ridiculously, get plastered, and act a fool, but it is one the biggest. Most people have a clue, by now, how they will dress up but many are still rooting around, trying to find the best-or at least the not lamest-costume they can. Hell, I only started buying stuff for my get-up today. For the other stragglers among us, here are a few things to think about, or flat out avoid.

Boring. Oh wait, sorry I should be more encouraging than that. These are the stock costumes that almost anyone can come up with in a flash (full disclosure: this is usually what I do every year since I’m cheap and lazy. I got the ninja look on lock). Got a shirt and jeans you don’t mind getting fake blood on and some green makeup? Zombie. Got some more fake blood, black clothing and a pair of cheap fangs? Vampire. How about some bell bottoms and some beads instead? Hippie.

Great staple costumes, but unless you are an awesome makeup artist or costume designer, they aren’t terribly exciting. More people should start combining their favorite monsters with their favorite fashion decade for some fresh ideas. I want to see some flapper werewolves this year. 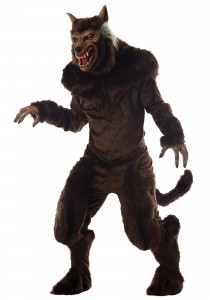 Add these two together and you get Halloween gold

Too clever for how drunk everyone is

These are my favorite costumes. Even if they don’t take a hell of a lot of effort and advanced planning, the cleverness alone makes up for it. Most people (myself included) will be too drunk to get what it is you’re going for without an explanation, but these are the kinds of costumes that people remember for years, and kick themselves for not thinking of it first. Some examples are DJ Ninja (You’ll never hear the beats coming), the couple who dressed as John Lennon and Groucho Marx, a guy in a tux with a bouquet and a sign saying “I’m sorry” (formal apology), Macaulay Culkin as a roller skate in Saved or the awesome dude who went as a Banksy piece. 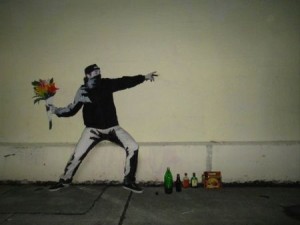 Who doesn't want to spend their Halloween night posing against walls as an indictment against corporate capitalism?

My friends and I are firm believers that if a guy decides to dress femme, he needs to sell it or get the fuck out. A guy in an ill-fitting, ugly dress just looks ridiculous. A guy who actually makes an effort to wear women’s clothing well, however, is ridiculously hot. If you are a man who is thinking about going this route for Halloween, make sure you put some effort into it. Get some clothes that actually fit you well. Seek some help on how to walk in heels and put on makeup. Make sure your breasts actually look natural under your top. And yes, you need to shave your legs. As for facial hair, you need to be either clean shaven or have a full beard or mustache to make this look work best. If you do go the full facial hair route though, make sure you have everything else down pat. Trust, people will be drooling over you all night long. 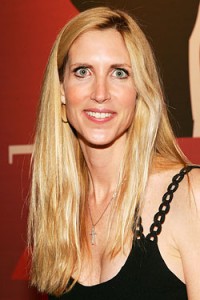 Free Press Houston is contractually obligated to include a photo of Ann Coulter anytime the words "men in drag" appear on this website.

Oh yes, you can’t have an article about Halloween costumes and not mention the sexy lady costumes trend. Beloved childhood cartoon characters, insects, any profession ever, eating disorders, food—it doesn’t matter, they’ve all been sexified. These costumes don’t offend me as a woman, or even as a feminist. They offend me because they’re boring. Probably 90 percent of the ‘sexy’ lady costumes you see every year are some cheaply made ridiculous outfit, bearing little to no resemblance to what has originally been sexified (sexy Big Bird, seriously?), and came out of a plastic bag at a sex shop or Halloween store.

OK, so I really have a problem, with any of the cheap ready-made costumes you can buy this time of year, but this trend irritates me more than the rest. I have no problem with the women who’ll dress as slutty whatever this year. I’ve done it myself and I’ll probably do it again. Halloween is the one night out of the year women can dress as provocatively as they want without being judged for it, well usually anyway. And while I realize that Halloween in Houston seems to bring out costumes about sex and power; at the end of the night it’s just fun and fantasy after all.

The problem I have with the trend is the expectation that any reasonably attractive woman needs to dress as scantily as possible for Halloween. That being said, I love the women who then turn the Sexy____ trend on its head and show up dressed as a sexy Einstein, Lincoln or Marie Curies. Sexy, creative, and brilliant.

Am I a hypocrite, probably. I know I said that women need to think up some more creative costumes for ourselves, but men really need to step up their game in the sexy costume department. Honestly, costumes that just point out you have a penis don’t count. Show off those abs, thighs and buns. Give the rest of us the eye candy we’re looking for. Sexy firefighters and police officers are sooooo played out. And I swear if I see one more pimp I’m going to do some pimp slapping of my own. How about a guy going as a sexy biochemist or Neil Gaiman? I didn’t say a “sexy Neil Gaiman” because that would be redundant.

And for the love of all things holy, someone please find a way to be a sexy bicycle this year

Dr. Absinthe is neither a real doctor nor alcohol. She’s a grown-ass woman and she’ll have a stuffed dog hanging from her drawers this Halloween