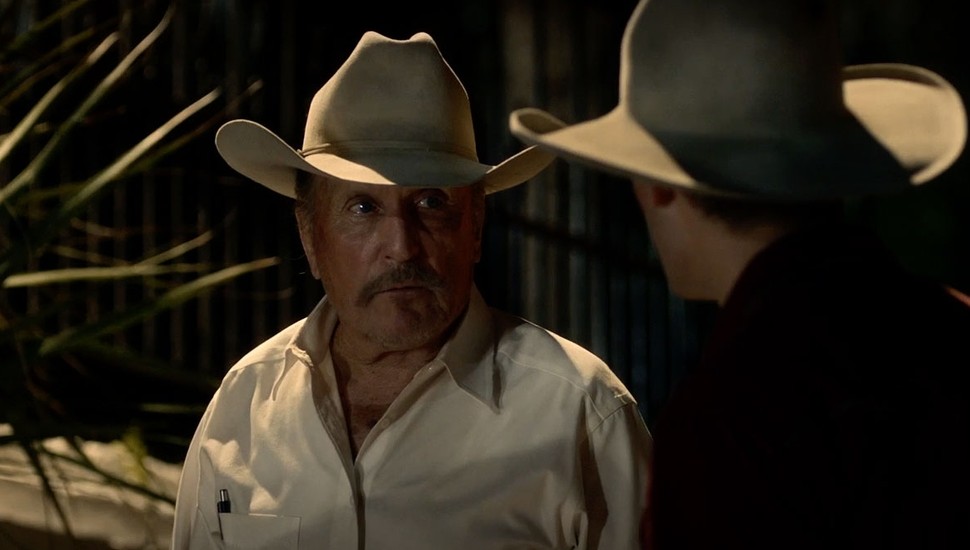 Leon casino, “A Night in Old Mexico” represents a film that got shuffled and lost in the deck of the new paradigm of film distribution. “A Night in Old Mexico” is available on video on demand (VOD), which means it can be streamed or downloaded via local cable providers or businesses like Amazon. The movie will come out on disc in July.

That’s a shame, because “A Night in Old Mexico” deserves its time on the big screen. “We’ve been trying to make this film for years. At one point, Dennis Hopper was going to direct,” Robert Duvall told Free Press Houston in an interview before the film’s world premiere last March at SXSW. “This went on for years. At one point, I thought it was cursed, and then Emilio came along and it was a reality.”

Bill Wittliff who’d also written scripts for “Lonesome Dove,” “Legends of the Fall”, and “The Perfect Storm” among others wrote the script for “A Night in Old Mexico”. Literally decades passed before the production got a green light.

Director Emilio Aragón met Duvall after an L.A. screening of Aragón’s previous film “Paper Birds,” a film from Spain set during the Spanish Civil War. “Bobby always wanted to do this script,” said Aragón, “It was a lot of work, a lot of energy. You have to understand, we shot the film in 23 days. You’re always moving.”

Duvall added that Wittliff had been honing the script for over 30 years and that it was as good as it could possibly be. In the movie, Duvall plays a rancher who is ousted from his home and about to be moved to a nursing home. A fortuitous visit from his estranged grandson changes things and the pair take off for what seems like a last road trip to Mexico. They pick up some hitchhikers only to dump them by the side of the road when the passengers start to act unruly. Only the hitchhikers have left a large sum of money in the car. Arriving in Mexico, Duvall and his grandson commence to party in bars and whorehouses, all the while avoiding the men looking for their money, as well as drug cartels thugs also looking for the loot. The Variety review stated: “Scripter Wittliff and Spanish helmer Emilio Aragón hit the sweet spot between galloping and sauntering while unfolding the movie’s plot, an interlocking chain of coincidences, encounters and colorful supporting characters that often recalls the twisty storylines of Elmore Leonard.”

“Initially we were going to shoot in New Mexico, they have better rebates for shooting films than Texas,” explained Duvall. Aragón added, “It was such a low budget that we ended up saving money by shooting the entire film in Brownsville, the town had our back and opened up to us. We shot in and around a 15-block area. We would just move from street to street. You can imagine shooting in Brownsville in August. It was so hot at times that a couple of the crew members fainted from the heat.”

Duvall also wants to direct and star in a film about the Texas Rangers that he’s been developing. “We have a couple of ranches outside of San Antonio that we would use as locations, but it’s easier to raise 100-million than it is 5 million,” laughed Duvall. In addition to being an Academy Award winning actor, Duvall has directed the documentary “We’re Not the Jet Set” (1977), and the narrative features “Angelo My Love” (1983), “The Apostle” (1997), and “Assassination Tango” (2002). The latter film also starred Duvall’s wife Luciana Pedraza. “My wife would play one of the Texas Rangers,” Duvall said. “There have only ever been three female Rangers. She grew up horseback riding. We went shooting the other day and she got six bullseyes at 100-yards, and five out of six at 300-yards.”

Duvall has worked with some of the greatest directors around including Sam Peckinpah, Francis Coppola, Tony Scott, George Lucas, Robert Altman, Ron Howard, and Sidney Lumet just to name a few. Duvall has won four Golden Globes and won the Oscar as Best Actor for “Tender Mercies.”

Talking about Peckinpah and Scott, Duvall said, “They weren’t geared so much for performance as they were for action.” About Altman, Duvall noted: “Altman was another guy who was willing to turn it around. Some of the old directors were like dictators, but modern day directors want to turn it around and not be like that. That’s how Altman was back in the ‘60s. He wanted to see what you could do.” About Lucas and “THX 1138” Duvall recalled, “It was his first film, he did something with the film stock. I was doing ‘The Rain People’ with Coppola, and Lucas shot a documentary about the making of it. He was a very innovative guy; more of a mogul now.”

Duvall has also worked extensively with Billy Bob Thornton who he calls “the hillbilly Orson Welles. He put Tennessee Williams in the backseat; he’s a very talented guy. His mother was a seer, a clairvoyant. Billy’s a character. I said to his six-year-old daughter ‘Tell your Daddy not to get anymore tattoos, he’s got tattoos all over the place.’ ”

Duvall’s next appearance is in “The Judge” alongside Robert Downey, Jr., Vera Farmiga and Thornton. “We had 60 days to shoot on that one-all the money in the world. But you know, I prefer the smaller films a lot of the time because you can focus on the performance.”