Posted by: MBergeron December 10, 2013 in Film Leave a comment 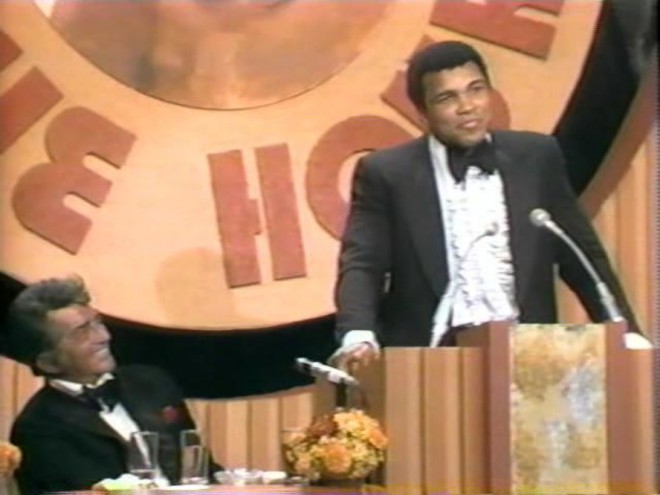 Santa came by a little early this year. The character in red dropped off a box set that I’m going to be watching on and off for the rest of my life when I need a good laugh. The Dean Martin Celebrity Roasts: The Complete Collection (Star Vista/ Time Life) comes in a nifty box packed with 25-discs, a collector’s booklet and lots of extras.

Leon casino, Dean is probably not well known to those under a certain age and certainly his shtick of drinking and smoking throughout his televised variety show would not pass network muster nowadays. Think about a contemporary show like the recent Comedy Channel roast of James Franco to get an idea of the level of wit and abrasiveness. Roasts are nothing new, just read Milton Berle’s account of the Friars Club (founded in 1904). In Dean’s world the roasts that were broadcast weren’t as raunchy as the Franco affair, yet every bit as funny while also expanding the roaster roster beyond just comics to include sports figures (Ali, Chamberlain), advocates (Nader), and politicians (Our war criminals are better than your war criminals.).

There’s also a sense of “political un-correctness” that’s just not possible today. How else would you describe the self-deprecating epitaphs hurled by white and black performers alike? Some of the people on display include Sammy Davis Jr., Frank Sinatra, Jack Benny, Orson Welles, Angie Dickinson, Lucille Ball, Hank Aaron, Joe Namath, and Bob Hope – there are 54 celebrity roasts in all.

Does anyone recall Rich Little? His impersonations are legend. Who does impersonations today? One of my favorite roast moments so far is Little listing a couple of dozen body movements and phrases that define Johnny Carson and then performing same. The box set also contains extras discs with episodes of Dean’s regular television show. Best moment so far is a skit where Martin and Welles recreate a radio show and demonstrate how the sound effects are done.

The Blu-ray release of Jayne Mansfield’s Car (Anchor Bay, 12/10) once again proves that great films don’t always get a wide release. Written and helmed by Billy Bob Thornton, JMC takes place in the late-60s and chronicles what happens when a dysfunctional family comes together for the funeral of the matriarch. A superb ensemble cast includes Thornton, Robert Duvall, John Hurt, Kevin Bacon, Francis O’Connor, and Katherine LaNasa. 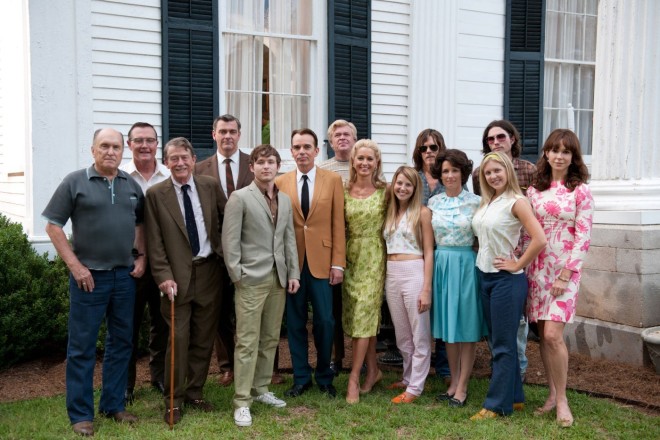 These people have issues and generational gaps in their relationship. Be assured JMC isn’t afraid to veer into some perverse areas of the human soul. There’s also a unique sexual tit for tat that you just haven’t seen in a movie. Not to mention someone spiking the old man’s ice tea with LSD. Don’t pass up this gem of a movie.

Available via Video on Demand and iTunes is the doc A Journey To Planet Sanity (Wunderkind Pictures, 12/6). Frankly I think the filmmakers are staging some of what goes on here but when Planet Sanity connects with your funny bone it works. Director Blake Freeman is a self-styled Morgan Spurlock type documentarian, here debunking crop circles and other paranormal happenings. One of the more outrageous vignettes (and the one that makes me think this is all made up) is when Freeman and company consult a therapist that examines and handles their excrement to get a spiritual reading. If you even think that’s slightly hilarious this is the doc for you.