Sarah Silverman: We Are Miracles

Posted by: MBergeron November 23, 2013 in Film Leave a comment 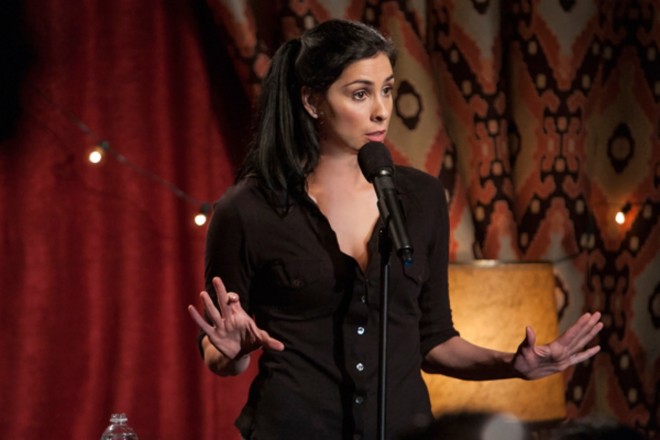 If I talked like Sarah Silverman does in her stage act people would call me a potty mouth rude person; that is if they were being nice. The thing is when Sarah cracks jokes the expletives and punch lines are like sugar being poured on your funny bone.

Silverman also plays guitar and sings and once again in anybody else’s hands the lyrics would be offensive. That’s Silverman’s particular magic: making people laugh at things they probably never thought were funny. Silverman talking outside the theater to some Chicanos in a car brackets the performance. The comedy special will run on and off for the next month.