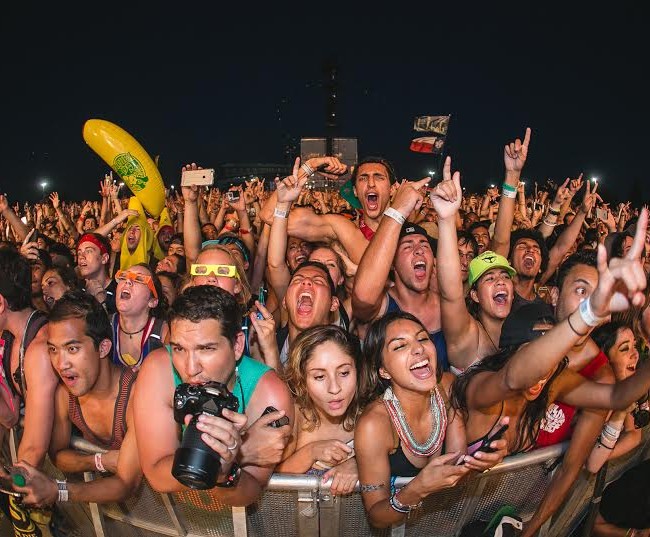 It came and went so fast this year, Free Press Summer Fest.  The festival was over before I realized how many acts I saw in just two short days.  Though it was hot, though I had to reach out to photographer Trish Badger for some pics, and though the festival grounds felt huge; when it was all over, I was glad that I went.  Here’s what I saw.

So, to start things off I took the rail, and by judging who was on the train with me; I was one of the few who had actually done this festival before.  I transferred to a bus that dropped me off right across from the festival grounds, thus proving that planning ahead is always key.  I used this route both days actually and it was a great way to get to the festival and away from it.

I started things off by watching The Suffers murder with a killer set on the Saturn stage. If this band isn’t the biggest thing to come outta’ Houston since that lil old band from Texas, ZZ Top; I’ll definitely be shocked. They even dropped a Selena cover complete with Kam singing in Spanish.  I followed that with The Sword, who played hard enough to set off car alarms. They were super enthusiastic with the crowd, which is always nice. I went to catch Dpat drop his deep grooves, as well as put on new material. Complete with a drummer & guitarist, the producer quickly proved why he gets so much praise.  The Welcome To Houston crew was who I gave attention to next, and they didn’t disappoint. Backed by The Suffers, the collective felt more prepared than last year, and each rapper topped the next.  One of my day’s highlights was hearing no less than fifty people talk about the crazy set from Gio Chamba, thus proving that he found a way to go harder than he usually does.

I got lucky enough to grab a close spot for Tears For Fears, who dropped all their hits. They played a bunch of covers too, which was odd; but overall they were definitely pros. I was also impressed with the crowd they drew, as I thought they would go unnoticed by much of the younger crowd. I watched Chance The Rapper really bring his a game to the fest. He was a million times better than the last time I caught him, and he really put on a great show. Of course, one of the bigger highlights was a beautiful performance from St. Vincent. Though I already knew that she would be impressive, it felt like she really wanted to be here when she played, and continuously engaged the crowd while she performed.

As the evening got closer to ending, I made my way over to watch Charles Bradley. I said early on that he was a sleeper in this fest, as I knew he was a performer first and foremost. One of my day one highlights, Bradley performed a top notch set and kept the audience on their toes with each blisteringly passionate song. I then got to get side stage for Mastodon, who quickly made it apparent why they were on the bill. Their set was truly amazing, and they played a mix of deep cuts and hits; that felt like they called fans to ask them what to play. I closed day one with a crazed set from Steve Angello, who was definitely worth waiting for. Complete with smoke, streamers, and a crazed light show; Angello was definitely the best way to close out day one. 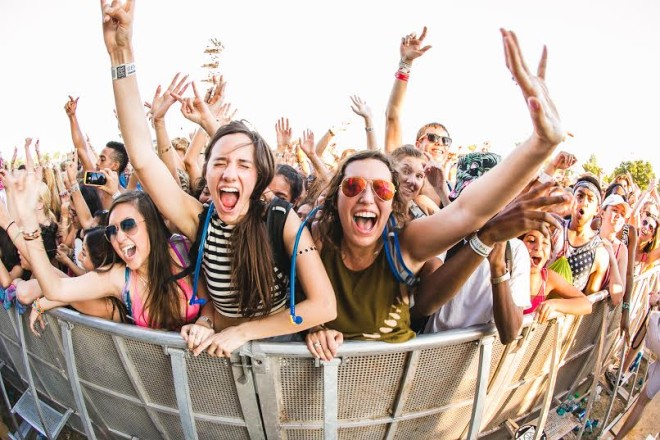 On day two, my body wasn’t down to get to the grounds early, so the first act I saw was Diarrhea Planet. As usual, they didn’t let me down while they burned through their hits and their newer material with ease.  I caught a bit of Future Islands which was nice, before watching The Mountain Goats go crazy. They played a true set for fans, by bringing classics and fan faves out for their set. In fact, it felt like one of the best times I’ve seen the band. I then got to watch Flume drop jams like they were in a dance club. I was seriously impressed with how much energy they brought while getting one of the bigger crowds of the day to actually dance.

I caught a handful of songs from Flogging Molly, who as always put on a great show. Then I heard people talking about killer sets from George West, Moji, and Guilla which was nice to hear. I got over to the other side of the grounds as quick as possible to catch the tail end of the GTA set, and I was really glad I did. They were one of the few bands that I knew little about. Watching them go off was definitely a surprise, thus proving that a fest is still great for music exploration. I decided to stick around for G-Eazy, who I was also glad I saw. Because a friend begged me to go see him, I lucked out & caught a really great set. 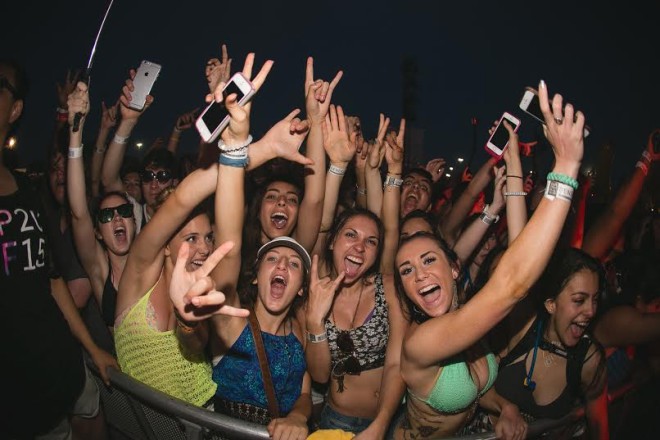 Of course, then it was time for Major Lazer, who didn’t disappoint in the slightest. The whole production of visuals and intense beats really came to life, while the trio continuously invited the crowd to participate. This set from the group however, was much more intense and energetic than the last time they played the fest.   For everyone who felt like they could miss out on this performance, I hate to tell you that you missed an amazing set.  I had decided early on in this to take the time out to watch Belle And Sebastian, and I was pleased with my decision to trek the festival grounds to see them play.  Their set was more than I was expecting, in that they really seemed to pull out the stops.  Playing fan favorites both new and old, they were definitely a stand out set that I hope everyone got to catch.  I found myself trucking back across the grounds to watch Tycho, who as usual, didn’t disappoint.  Like every other time I’ve watch the producer, he brought great visuals and great jams that made his performance another stand out.  It was also really cool to see that he drew a good crowd, and especially a crowd that came to dance.  I think I saw more people dancing on his set than I did for the bulk of the two days.  This brings us to the biggest divide on the festival, Skrillex at 8:40 and Weezer at 8:50.  I watched Skrillex for twenty minutes before I decided to catch a bit of Weezer.  But, in those twenty minutes, I had my mind blown by not only the intense visuals that Skrillex displayed, but also his insane energy level.  It helped that he had cameras all over him covering his every move, which there was plenty of.  He bounced around, bopped his head, and seemed to be having the time of his life while he rolled through favorites and remixes with ease.  I walked over to catch one song from Weezer.  I love Weezer, and it was cool to see Rivers don a beard, but in all honesty; it was hard to walk away from Skrillex’ amazing set.  And, that’s where I ended the festival; watching Skrillex bounce around and play like he was happy to be there.

All and all it was a great FPSF this year.  Of course it was hot, my phone’s network was shot, and did I mention the heat?  But, that’s to be expected at an event with the word, Summer in the title.  I was lucky enough to get my hands on more than enough water to keep me hydrated, as well as eating hookups from friends old and new.  As far as next year goes, I feel like the organizers have a tough act to follow as this was one of the more diverse lineups in the event’s history; but also one of the best they’ve produced so far.