Decrease Font Size Increase Font Size Text Size Print This PageSend by Email
Here is one Houston-related goof on Apple Maps, which is going to need some debugging before it ever catches on.

Leon casino, This comes to us via a tumblr called “The Amazing iOS6 Maps,” which adds the caption: “Downtown Houston’s newest filling stations on the skyline rooftops! (Those are corporate headquarters, not gas stations).” 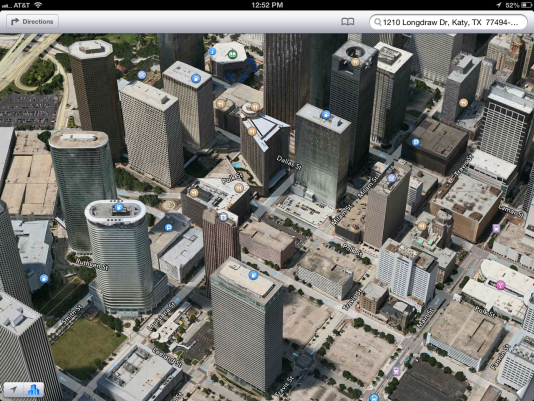 My question is:  What kind of tires are we going to need for the FPSF van to access these fine new filling stations?