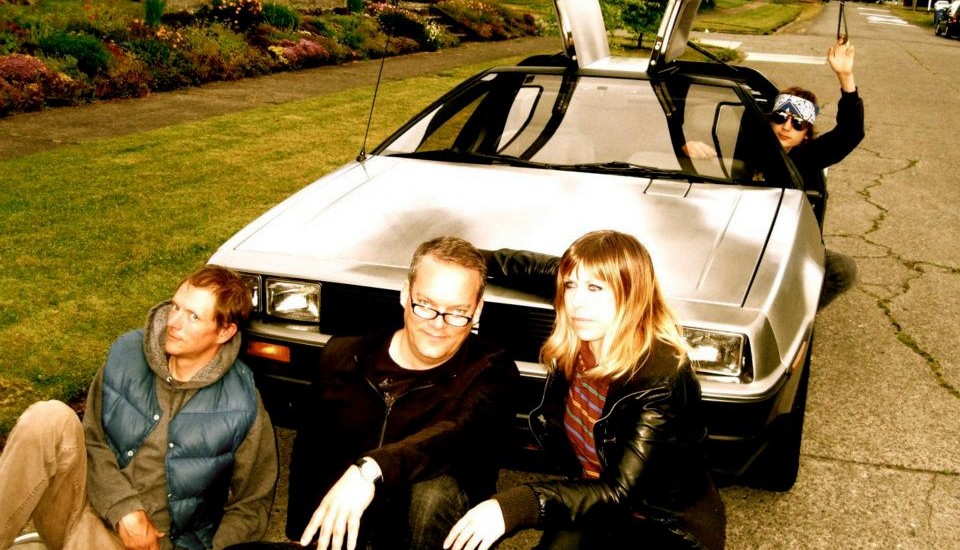 Power is a word that represents several ideas. It is indicative of ownership and submission; it is ultimately what we all have and also hope to have. The idea of power is one that shapes and destroys societies. It connects and it divides. Loose suggests a lack of grasp, a sense of uncertainty. Power is definite, loose is a matter of faith, it seems stable, but could fall apart. Survival Knife has an album called “Loose Power”. The album cover depicts a city, or state, an idea of home and solidity on the back of an insect, maybe a fly, that can be swatted easily-an insect that has no home, it simply goes from place to place. But do the people of that town or city or kingdom know on what grounds their home, their assurance resides.Their idea of the power they have and have bestowed rests on the back of something miniscule and fragile?

“The ‘loose power’ idea is just the energy we are all part of it, the universe or whatever. We all contribute energy to it,” notes Justin Trosper of the band Survival Knife, “We all have the power to harness that energy, even if we don’t have that much power, we all contribute to that flow, and just different flows. Even in our social circles, certain interpersonal relationships have these power dynamics and we have even have more influence on those, but on a societal level we have a democracy and, supposedly, we all have a vote, we all have the power to protest. But at the same time, we can use our power in the wrong way…so yeah, there is a sense of uncertainty, but at the same time you do have control, in all situations you do have control. It comes down to personal awareness. Developing personal awareness will give you more power in what happens in your world.” But there is also what you would think of as “your” world. Is your world comprised of the things closest to you (your home, family friends, workspace) or does it encompass membership in something bigger (world, species, etc.)?”

Survival Knife is Justin Trosper, Brandt Sandeno, Kris and Meg Cunnignham, which I note because we must remember that lineage does not denote the present. Trosper (and Sandeno for a time) were members of the magnificent band Unwound, a band that has gained a resurgence of popularity due to the Numero Group reissues of all their albums, but Survival Knife is not Unwound. As a matter of fact, even here, it is hard to mention Survival Knife without mentioning Unwound, but the connotation is not one that completely bothers Trosper.

“The thing I kind of thought about that, and thing I think, is if the Unwound stuff gets us in the door, and then if Survival Knife sucks, people will stop paying attention to it. So it’s good, it’s interesting to me, like if you follow music and stuff, at least to me it seems like there are more bands than ever. Anybody can set up a Soundcloud page and Facebook, and anybody can just have a band, whether there’s a million bands, even if they’re just like playing in the bedroom type thing, and so getting noticed is a little bit harder than it used to be. So definitely I am OK with the association, but at the same time, I think as time goes on and this band evolves and it stays going, people will eventually accept it on a different level.”

“Loose Power” is a good mix of sort of hardcore, sort of prog-rock, and reminiscent of things that may have been heard in other grades of rock. While a theme is present, it is not central to appreciating the album. It has several colors, “Divine Mob, “Fell Runner” and “Loose Power” share a more energetic, physical energy, “Gold Widow” and “Roman Fever” a more classic rock metal sensibility, “Cut The Quick” and “Heaven Has No Eyes” have more a prog-rock feel, in the sense of movements and motion from one piece to the next. However, one listens to it, the thing to remember is that Loose Power was conceived as an album, a whole , while it will be listened to in pieces, the central idea is of an album more than collection of songs.

“People now, their listening habits are shorter attention span type of thing. We kind of designed the record to be fit within the LP format, ‘OK we’re gonna make Side 1 and Side 2.’ We recorded three more songs that we didn’t finish, because it didn’t fit into the 40 minute thing we’re a little bit accustomed [to], especially because you and I probably grew up in a similar way listening to records. If you’re 20, you didn’t really listen to music is record format, so in that way it’s kind of way of conservative or whatever-traditional form, an intentional form, and we’re kinda trying to get people to listen to the whole record. And if you pick a song as a single (in lieu of the entire record) that’s fine, but I’m kind of pushing, or my intention is that, you know, this is a record, it has a beginning and end, and we didn’t write every song to be related to each other, but as the songs evolved, and became a collection of songs. We had to arrange it such a way that if you listen to it in a sequence that it makes sense, that as you listen to it from beginning to end, it sort of has a body that makes sense.”

We all have some power to control aspects of our lives, who we communicate with, what we communicate, what we allow into our space, what we do with what he have gained from our transgressions. Family, time, finances, and other variables can loosen that power, can shake our resolve, but we still are in control. Allow Survival Knife’s “Loose Power” into your space and allow yourself 37 minutes to be moved physically, emotionally and spiritually.