Journey to the West


Leon casino, After reading a post on facebook about Ayurvedic dietary practices, I set out like Columbus* on a voyage of discovery to the Southwest side of Houston. I journeyed from the East(wood), distracted by smells and thoughts of the staples with which I usually begin my day—slippery, lard-simmered beans covered in shreds of gooey melted dairy, crispy animal flesh strips surrounded by bird ovulations on fluffy pillow-like clouds of bleached flour tortillas.

As I weaved through newly paved asphalt on 59 South, past Downtown, onto the other side of the Loop, past Hillcroft and other exotic delights, I began questioning my life decisions. “Have I been on a path of slow suicide? Think of the many late nights turning into early morning food-comas, belly full of poisonous combinations…Maybe I should’ve ridden my bicycle on the Braes Bayou trail instead of driving…Maybe I should go on a Master Cleanse, or a juice fast, quit sugar and carbs…What’s the difference between Paleo and Atkins?…If I drink my first pee in the morning will I live forever?”

Exiting 59 at South Gessner, Prosperity Plaza looms before me, a small strip center anchored by Prosperity Bank at one corner and Spec’s Liquors on the other end. Sandwiched in between the money and the booze is Peking Cuisine (a nice place for duck), Pho Binh (best broth for pho at their South Houston trailer location), and Maharaja Bhog (the reason I drove across town). 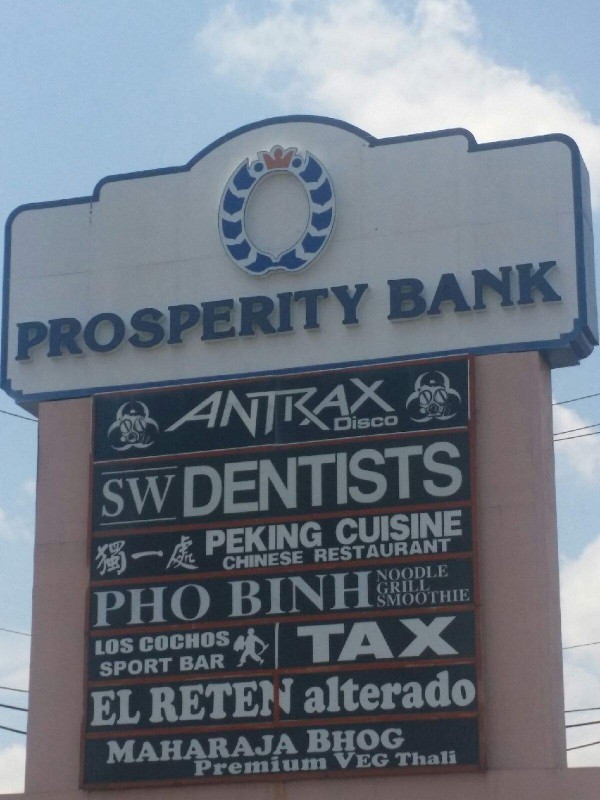 Maharaja Bhog, which translates to king’s delight, is an Indian chain based out of Mumbai with additional locations in Bangalore, Dubai, and Houston. They specialize in a type of meal called thali that consists of an assortment of food items served on a metal plate. The plate itself is called a thali, hence the name, and at Maharaja Bhog, the food is cooked in Rajasthani and Gujarati style.

I walk into a clean dining room and am immediately greeted and seated by servers dressed in embroidered servant costumes. One pours a savory yogurt drink and water into two metal cups as another servant brings a metal pitcher of water for me to wash my hands and a metal plate to catch the wastewater.

I notice that there is no menu. Instead, a parade of servants come filling my metal bowls and plate with various items, a cauliflower mixture, cabbage salad, potatoes, lentils, soups, rotis (Indian “tortillas”), mango puree, spicy crunchy cereal, a tiny samosa.

With no menu and little experience, each bite was like a Cracker Jack surprise. The website claims that they have over nine hundred dishes on rotation and every day is different, which makes every trip here like a Cracker Jack surprise. Like dim sum without the decisions, buffet without the go get, churrascaria minus the murderous carnage scarin ya. Before I could finish anything, a servant was there to refill it. After trying each dish once, I began to experiment with mixing things, crunchy cereal, potato, cauliflower and rice tacos. Mango puree in my yogurt drink.

After paying the lunch price of fifteen dollars plus tip, I waddled out of the dining room like a bloated delighted king—gassy from all the yogurt I chugged, dusting past Indian business men, fancy ladies who lunch in heels and dresses, an Arab couple, and the fancy servants. Although I was full I didn’t feel like passing out or throwing up and was energized throughout the rest of the day, no diarrhea or constipation either, so I guess I’ll come back. Although there are numerous restaurants in the Houston area that serve thali for half the price, this one is the fanciest, and with a novel gimmick, to boot. 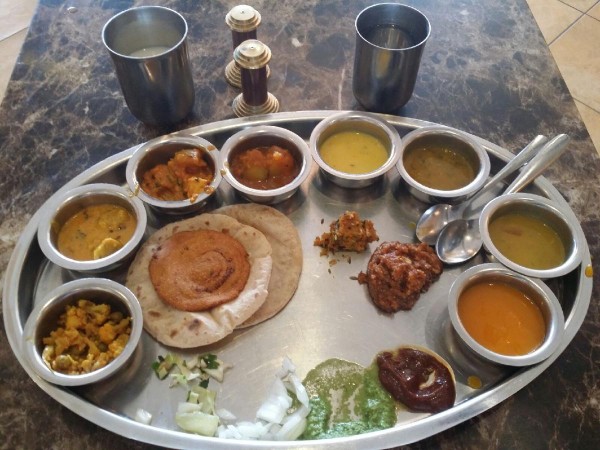 *[Ed. Note: We hope our readers will enjoy this friendly ribbing directed at our friends at Houstonia for their story about “hot neighborhoods” from last April, in which they offered to play the role of Sacajawea as they led readers on a Manifest Destiny voyage of “discovery” (which involved renaming a neighborhood in a very poorly-sourced story).]