Man of The Year: The Best of The Week 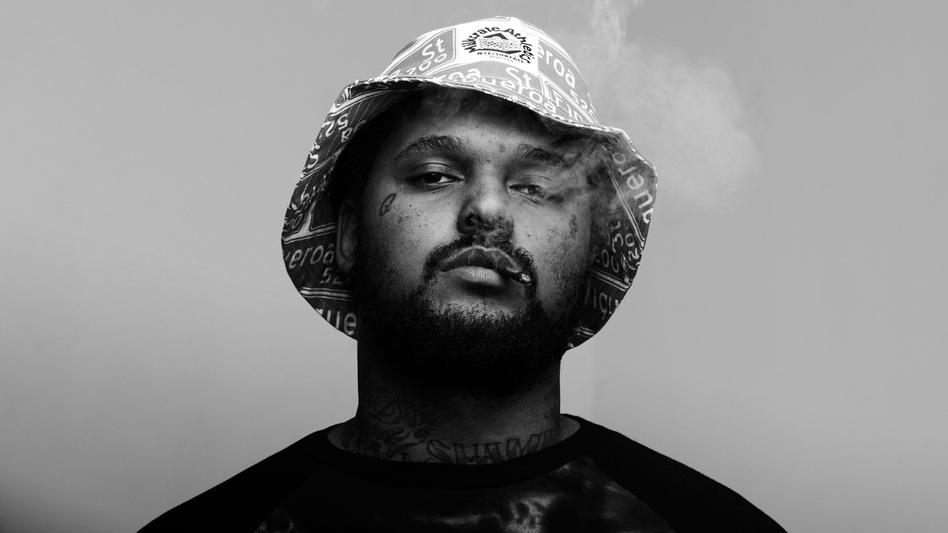 One of the most beautiful aspects of NOT living in Austin, is that our city doesn’t punish us for ten days in March with a cavalcade of musicians, celebrities, and corporate sponsors.  Instead, we get to cherry pick the best of those acts for shows down here.  Now that the state of Texas can get back to normal, we can focus our Facebook feeds on things around Houston without a never-ending parade of posts about who ate hotdogs and who saw George Clooney at their shows.  It’s so great to live in a place where music isn’t the only thing we have going on. The goods this week are really great, all without having to think about Austin until ACL.  Now that your post St. Patrick’s Day hangover has passed, here’s what you should be up to this weekend.

Leon casino, On Thursday the 20th, you can make you way over to Main street to The Continental Club, for Scott H. Biram.  Scott will be serving up his dirty mix of blues, hymnals, and swarmy country in his usual one man band affair.  His latest album, “Nothin’ But Blood’ follows in the footsteps of his self produced sound, while steering a bit more towards his country side; with the usual mix of punk and blues intertwined as well.  The great part of the album, is that no matter how Biram steers from his earlier works, the overall sound is unmistakably his and his alone.  The soul of his back catalog mixed with his fevered performances should make this a definite must see show.  Oregon’s interesting and intriguing Larry and His Flask will be providing support with their punk infused bluegrass sound.  The quick and furious speed of Austin’s Whiskey Shivers will start things off at 10:00, and are definitely worth getting there early for.  The cover is $12.00 and a steal for any fans of bluegrass and blues.

If traditional Americana isn’t your thing, you can head over to House of Blues on Thursday instead, and check out the always raucous sounds of Flogging Molly.  Ska, punk, Celtic; all are represented as the band tours their most recent release, 2011’s “Speed of Darkness.”  The dreamy and and dreary pop sweeping tones of California’s The Drowning Men will be onboard as well.  Get there early, as local heroes of Latin infused ska, Los Skarnales will be opening things up with all the energy of a freight train.  The doors are at 7:00, and the tickets range from $33.00 to $40.50.

Beginning on Thursday, The Frontier Fiesta at University of Houston gets started.  Actually, the opening reception is on the 18th, but the free concert series kicks off on Thursday with New York duo A Great Big World.  The piano based poppiness of these guys is just a little too infectious not to catch live.  Away from the fact that the show is free, and any money raised goes to scholarships and student services, Thursday is just the start of the three day tradition dating back seventy five years.  The details can all be found here, and this includes a map of the festival grounds as well.

On Friday, over at Avant Garden; you can see one of the more bizarre pieces of entertainment since the Air Sex Championships last year.  Owen and Albert Present: Porn Theater, will be a hilarious and entertaining way to spend your evening.  Hosts Owen Dunn and Albert DeLeon will be alongside fellow Houston comedians including Gabe Bravo, as they act out the dramatic scenes from pornographic films.  It will either be heartfelt and hilarious, or strange and hilarious; but mostly just entertaining for anyone who attends.  The doors are at 8:00 and things get started around 9:00, with a FREE cover charge.  The performance is followed by music from Jeremy Carswell & The Nymphs and The Austin Jones Band.

The guys at 8th Wonder Brewery will be celebrating their one year anniversary with a block party.  If you have drinking strength past St. Patrick’s Day, then this is worth checking out.  The tickets for beer tokens and what not will be available at the door, and $25.00 get’s you special One Year Anniversary glasses, quantity not mentioned; and five beer tokens.  Food trucks, live music, and arts and crafts will just be a part of this specialty beer event.  Music from Young Mammals, Ishi, Poor Pilate, Featherface, Josiah Gabriel, and Bagheera will be on tap with everything starting at 6:00; and running until 11:00.

Over at Fitzgerald’s, also on the 21st, you can catch the melodic and post hardcore sounds of Michigan’s La Dispute.  Complete with often jarring vocals mixed with an almost math induced rhythm, La Dispute are one of the more entertaining bands to capture people with their live shows.  The screamy nature of Pianos Become The Teeth will be playing, as well as the Britpop meets emo sound of LA’s Mansions opening things.  Get there early as Mansions’ 2013 release, “Doom Loop” was one of the more innovative sounding records of the year; having an almost Starflyer 59 sounding quality.  The doors are at 7:00 and the tickets range between $15.00 and $17.00.

The Friday night show at Frontier Fiesta at University of Houston, is Georgia’s own rapper B.o.B.  Any fan of his mixtapes and most recent album, “Underground Luxury” should be all over this Free performance.  Details on the show can be found here.

Any time a burlesque show rolls through town, it’s probably a good thing.  The same could be said about The Ruby Revue Burlesque Show, over at House of Blues on Saturday.  With a cast of performers that include the aerial act of Angi B Lovely, the current Miss Viva Las Vegas Missy Lisa, and the vocalized talents of Renee Holiday to name a few; it should make for an entertaining Saturday affair.  The tickets range from $20.00-$38.00, and the doors are at 8:00 in the Bronze Peacock room.

Over at Fitzgerald’s on the 22nd, all involved have put together their forces for a benefit attempting to raise ten grand for the Be The Match fund; going towards bone marrow transplantation.  The show, which covers both the upstairs and downstairs of Fitz, will have some of your favorite local acts performing as some of your favorite national acts.  Though all of the bands involved should be good, Rivers as The White Stripes, BLSHS as La Roux, New York City Queens as Tears For Fears, Carnival Talk as Air, and The Beans as Nile Rodgers should all be worthy of making it out for.  Midnight Norma Lane, Another Run, and Featherface are on board as well with DJ Fredster starting things off.  The doors are at 8:00 and 100% of the $10.00 cover goes to the charity.

On Saturday, you can catch pop country trio Love and Theft close out the Free concerts at Frontier Fiesta from University of Houston.  The details and a map of the festivities are found here.

If you’d rather laugh out loud at some of Houston’s more creative and talented comedians, then head over to Beta Theater on Saturday.  The return of their Choke! Comedy Game Show will feature Nick Meriwether as host, as well as the likes of Brian Zeolla and other fellow comedians.  Seating is limited, the cover is a meager $5.00, it’s BYOB,  and things get started around $7:00.

On Sunday, you should make it over in the daytime to the new Watershed Market.  The locally sourced products that hope to bring ecologically sound living and artistry crafts to Houston’s East end will be celebrating their first weekend.  As someone who holds a long love affair with outdoor markets in Italy and France, Watershed could be the beginning of something truly wonderful for Houston and all of its’ inhabitants.  They will be open from 10:00 in the morning until 6:00 in the evening.

On every Tuesday at The Continental Club on Main, you can get your swing on.  No, these aren’t the over hyped swing dance lesson classes of the late nineties, I’m talkin’ about Western Swing.  As a guy who grew up on Hank Thompson, Bob Willis, and Roy Acuff to name a few, I’d be lying if I said that I wish I’d been born in a different era.  Well, if you won’t Honk the Honk if you can’t Tonk the Tonk, then you should make it out for the Bayou City Good Ol’ Boys.  In a time where I know at least a dozen people who wanna hear someone spin records of their favorite country songs, I don’t get why they don’t go catch a band covering the same stuff.  They will be followed by another band with the same chops, The Broken Spokes who throw in covers alongside originals.  With a 7:00 door time, and a 100% FREE cover, these guys are definitely worth making it out for, to see some of your favorite country standards played live by guys who get it.

Unless you’ve been living under a rock, you should heard of Schoolboy Q by now.  A rising star in the world of hip hop’s new class of MCs, you can catch him Tuesday the 25th at Warehouse Live.  His most recent effort, “Oxymoron” has been gaining praise from the bulk of critics around; and definitely worth more than a listen.  This is a must see show for any hip hop fan.  Isaiah Rashad of Tennessee will be on board as well.  Get there early, as the energetic sounds of LA’s Vince Staples will be getting things started.  The doors are at 8:00 and the tickets are $27.00.

The best part of this week, is that when we get further out of March, we’ll have to hear less and less about our capitol city.  As we all begin the countdown to FPSF 2014, the mix of comedy, music, and Houston camaraderie this week will inch us closer.  And of course, cement our city as more than just a one hit wonder in things to do.