Leon casino, The Houston Equal Rights Ordinance (HERO) was approved by Houston City Council 11-6 on May 28th, 2014. Though the ordinance was considered a sign of progress by many communities, it has triggered aggressive attacks from a coalition of conservative religious leaders. 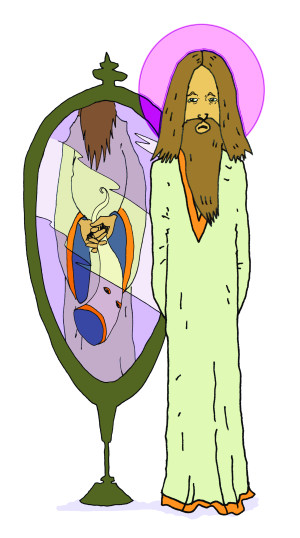 In the month after HERO was adopted, a petition drive was launched by local area pastors to force a referendum on the ordinance. In order to put the ordinance on a ballot, 17,269 valid signatures were needed.

The pastors claimed to have collected roughly 50,000 signatures, putting them well over the requirement. When the petition was reviewed, City Secretary Anna Russell and then-City Attorney David Feldman concluded that the petition contained numerous errors, invalidating thousands of pages of signatures. The pastors filed a lawsuit against the City of Houston for not accepting their petition, and accused Mayor Parker of purposefully denying the people of Houston the right to vote.

Opponents of the Houston ordinance, who comprise the “No Unequal Rights Coalition,” have claimed that it can and will be used to oppress Christians and prevent them from exercising their first amendment rights. They also believe HERO will take rights away from people with certain religious beliefs.

Backlash to non-discrimination policies is not new. In other Texas cities like San Antonio, which passed a similar ordinance in 2013, opposition claimed it would prevent Christians from holding office and exercising free speech. These claims, of course, hold no water.

In December, the City Council in Plano, Texas amended their existing non-discrimination ordinance (NDO) — which provided protections from discrimination in city employment, housing, and public accommodations — to include more categories, like sexual orientation and gender identity. The anti-LGBT group Liberty Institute threatened to sue as a result.

What is the Houston Equal Rights Ordinance?

HERO prohibits discrimination against any person on the basis of certain characteristics in city employment, services and contracting practices, housing, public accommodations, and private employment.

Daniel Williams, a legislative specialist and field organizer for Equality Texas, explains, “Most Houstonians believe that no one should face discrimination in Housing, Public Accommodation or Employment based on who they are or who they love. This is what HERO does. A small group of out-of-town activists should not be able to manipulate the process to overturn this important ordinance. HERO protects everyone.”

Many are unaware that without HERO, the City of Houston has no laws on the books that prevent discrimination resulting from any of the 15 characteristics listed above. If you are kicked out of a club because of the color of your skin, you’d have to file a complaint at the state or federal level.

Unfortunately, there are no existing policies at the state or federal level, nor have there ever been, that protect people who are discriminated against due to their real or perceived sexual orientation or gender identity. To exclude the LGBT (lesbian, gay, bisexual and transgender) community from such a comprehensive and exhaustive list would be inexcusable.

Yet that is exactly what has led to opposition from a small, vocal minority. Opponents to HERO have claimed there is no need to include sexual orientation or gender identity because there is no discrimination against the LGBT community. A 2013 Pew Research survey says otherwise, finding that 21% of LGBT adults have experienced workplace discrimination and 30% have experienced physical violence. Since HERO passed, 84 cases of discrimination have been reported to the Office of the Inspector General.

One need not look far to see that members of the No Unequal Rights Coalition, in their efforts to fight the ordinance, are opening up the door for discrimination. During her testimony in front of City Council, Pastor Becky Riggle of Grace Community Church argued, “I’m saying [business owners] have the right, if they want to, to be able to refuse service if it goes against their religious beliefs.” Council Member Cohen responded, “If I’m asking for service and my faith is something that troubles them, they have a right to refuse me service? So you’re saying yes, they do have a right to refuse me service, as someone of the Jewish faith?” Riggle responded, “Yes, I am saying that. But that is not the issue that we’re talking about today.” The “issue,’ Riggle implies, is not that the ordinance prohibits discrimination on the basis of religion, but that it includes sexual orientation and gender identity.

“We can’t wait for human rights coverage in Houston since far too many people are hellbent on discriminating against others, and we need a local remedy to combat those misguided attitudes,” said Monica Roberts, a Houston trans activist and community leader.

If someone were to violate HERO, what would happen? Let’s say someone walked into a bakery and asked for a cake with profanity written all over it. The baker has a right to say, “Look, I don’t want to write profanity because I find it distasteful, but I’ll make you the cake you want and you can decorate it however you please.” The baker, however, cannot get away with telling the customer, “Look, I don’t like that your skin is darker than mine, or that the people eating the cake might be gay or Muslim.” In the event the latter occurs, the penalties would result in a fine of not less than $250.00 and no more than $500.00, with an aggregate total of $5000.00 for the same complaint filed by the same complainant. If someone is accused of discrimination, they are entitled to due process and, if convicted, would be guilty of a class C misdemeanor. Contrary to what the opposition to the ordinance has claimed, violating HERO is not a felony and does not result in jail time. Additionally, HERO exempts religious organizations, private schools, and private clubs.

When it comes to non-discrimination ordinances (NDOs), the City of Houston is beyond late to the party, not only in comparison to other Texas cities, but also local institutions. In 2012, the Houston Independent School District enacted a non-discrimination policy that was implemented without any problems.

Fort Worth was the first Texas city to enact an NDO, way back in 2000, and in 2009 expanded its protections to include gender identity. Dallas has had an NDO since 2002 and, on November 4th, Dallas residents voted in favor of a ballot measure to amend the city charter by adding sexual orientation and gender identity to the list of protections for city employees. Other Texas cities with protections against discrimination include Brownsville, El Paso, Arlington, and Austin.

Across the US, 180 cities have adopted equal rights ordinances for all citizens, and 21 states and the District of Columbia have passed laws prohibiting discrimination based on sexual orientation and gender identity in employment. Many businesses have also made an effort to expand protections for LGBT employees, including 96% of top Fortune 500 companies.

The Greater Houston Partnership endorsed HERO, saying on its website, “The Partnership believes that Houston is already a great city that is welcoming and embraces diversity. Adopting the ordinance now is essentially a reaffirmation of who we are and what we believe: that all Houstonians should be able to live, work and enjoy our great city.”

Fight for Equality Ahead

The Texas legislature began its 84th session on January 13th, and within the first week there were already bills filed that would undermine local governments, their constituents, and render existing NDOs obsolete.

Senate Joint Resolution 10 (SJR 10), filed by state Senator Donna Campbell (R-New Braunfels), would allow businesses to turn away LGBT customers or fire them in the name of religious freedom. It could also be used by certain majorities to discriminate against religious and ethnic minorities, even if that is not the intent of the bill.

“Government may not burden an individual’s or religious organization’s freedom of religion or right to act or refuse to act in a manner motivated by a sincerely held religious belief unless the government proves that the burden is in furtherance of a compelling governmental interest and is the least restrictive means of furthering that interest,” reads SJR 10. “For purposes of this subsection, the term ‘burden’ includes indirect burdens such as withholding benefits, assessing penalties, and denying access to facilities or programs.”

Regardless of how the case regarding HERO unfolds in court this month, if SJR 10 passes, it would be placed on the November 2015 ballot as an amendment to the Texas Constitution. If you aren’t registered to vote yet and you want to ensure that all people are protected, now is the time to do so, because if SJR 10 becomes the law of the land, HERO and every other equal rights ordinance in Texas will become incapable of preventing discrimination.