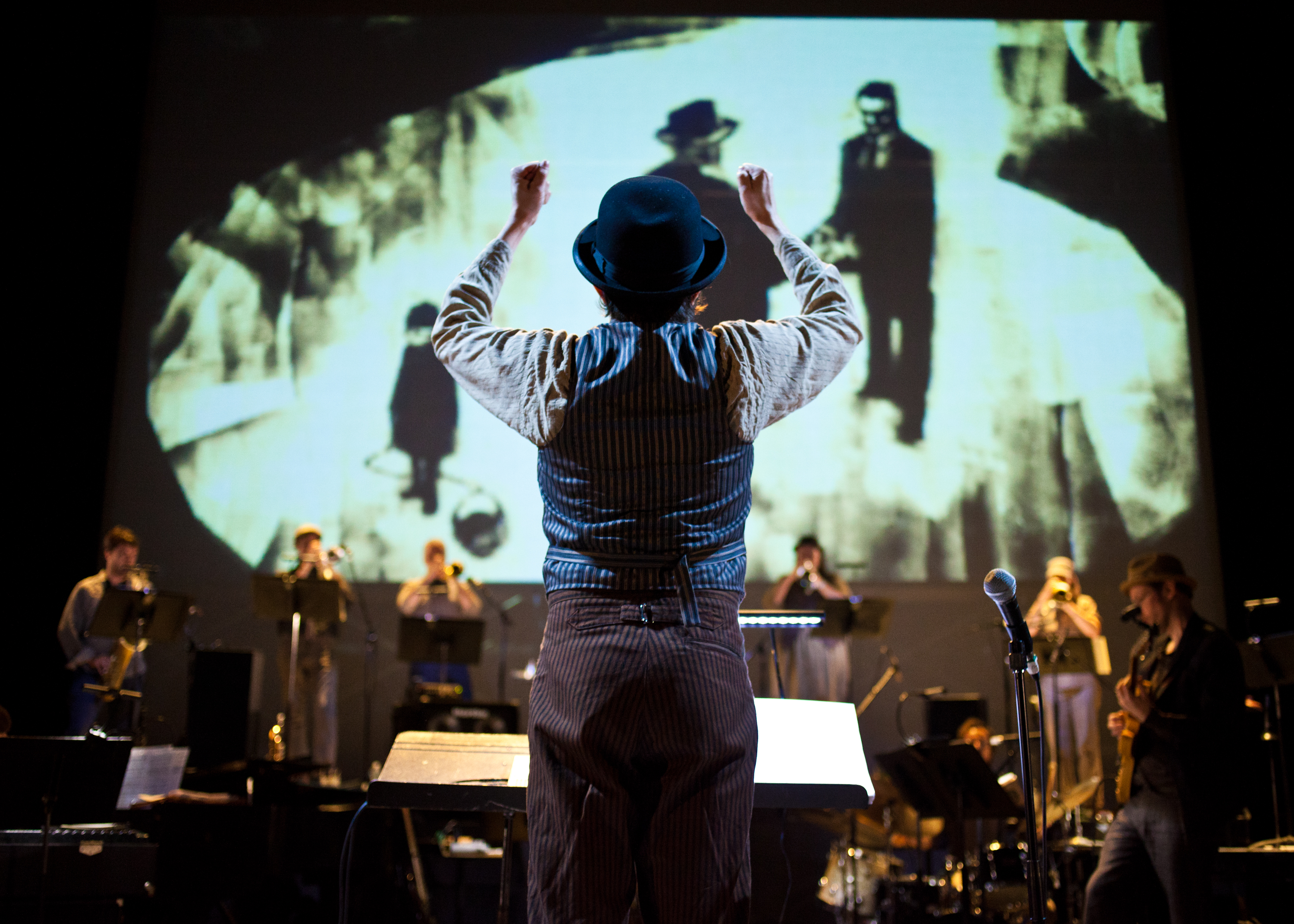 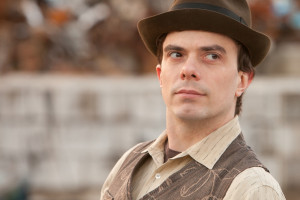 Darcy James Argue spoke in a phone interview about his career, and his current project coming to Houston Saturday.

Nick Cooper: Did you study as a composer originally?

Darcy James Argue: My background is as a jazz pianist.  Around 2000, I got an invitation from the composer and trombonist Bob Brookmeyer to study with him at The New England Conservatory (NEC).  Bob had been one of musical heroes for many years, so that’s the kind of invitation you don’t turn down…

There was a student big band at NEC, that performed exclusively student compositions, so it was like this experimental laboratory…  I’d write something and have it read down on Wednesday, and Thursday talk about it in my lesson with Brookmeyer. Having that feedback was really great.  That’s what sent me down this primrose path of big band writing.

Coming to New York, in terms of the finances, how did you get people involved?

I always paid the players for gigs. Sometimes they probably paid more in parking or cab fare to get there but I always made sure to get them at least a little something for the gig.  We started out playing in 2005 in the basement at CBGB‘s [Gallery]…  Obviously, the musicians in the band — there were a lot more lucrative things they could have been doing with their time, but I was really grateful just to have so many great musicians who really believed in the music…

There was a fundraising campaign to try and get some money to go into the studio.  A few things came my way in terms of commissions and grants, so I was able to take the band into the studio in 2008, and that’s when we cut our first record… I had no aspirations for this thing other than to have a CD to pass off to promoters — maybe this will get us a gig.  I had no idea it would be nominated for a Grammy.

Do you want to talk about any composers that you study or that influence you?

Brooklyn Babylon was part of a multimedia project originally, with the visual narrative attached to it.  The piece was co-created by myself and a visual artist Danijel Zezelj.  It is a story about a master-carpenter and carousel builder from Eastern Europe.  So, I wanted to bring in some of the Balkan Brass sound, because it made sense for this character and his story arc.  We tried to create this mythological version of Brooklyn that combined past, present and future.

There’s some Sousa marches and waltzes.  Jazz-wise there were a few moments when I wanted to bring in that 70′s big band sound, that seemed really evocative of Brooklyn — the street movie sound tracks — Don Ellis, Thad Jones, and Oliver Nelson were sonic references for me, and Donald Byrd‘s disco records.  Then there’s a lot of influence from post-minimalists themes.  New Amsterdam is mostly a classical music label, so my friends who are writing music that are in that orbit has been really inspiring to me… The model for how to make an hour-long piece of music that has an interplay with a visual narrative, but makes coherent sense as music, for that my touchstone was Stravinsky’s Petrushka.

So, you are talking about political and sociological themes?

In the story of Brooklyn Babylon, a plan is afoot.  The Mayor of Brooklyn is going to be building the tallest tower in the world in the heart Brooklyn.  He wants Lev, this master carpenter, to build the carousel that’s going to crown it.  At first Lev is really honored for the commission, but then he begins to see the kind of destruction that is required to clear the footprint for this tower, these long standing neighborhoods being cleared for this monument to the Mayor, his rich palace.  The kind of metaphorical issues we deal with in this piece are pretty salient for me and my co-creator.  They’re issues that people in cities all over the world have had to grapple with, in terms of the effect of gentrification and the forces of transformation being at odds with the preservation of a sense of community.

Outside of being an artist engaging in this stuff, are you connected to any groups working on gentrification or other stuff like that in Brooklyn?

I am not personally an activist, because running this big band is a full-time job.  So, I try to comment and contribute through what I do creatively.  Hopefully that is inspiring to other people who have their boots on the ground, working very hard to sustain our communities.  I believe that those people are doing the lord’s work out there.  I wish them all the best, and I hope that some of them are getting some sustenance from what I’m able to put out there as an artist.

2013-11-05
NickCooper
Share !
Previous: About Time
Next: Beyond the Shadows Screening and Panel Discussion