Posted by: SuperbHerb December 20, 2013 in Literature, Music Leave a comment 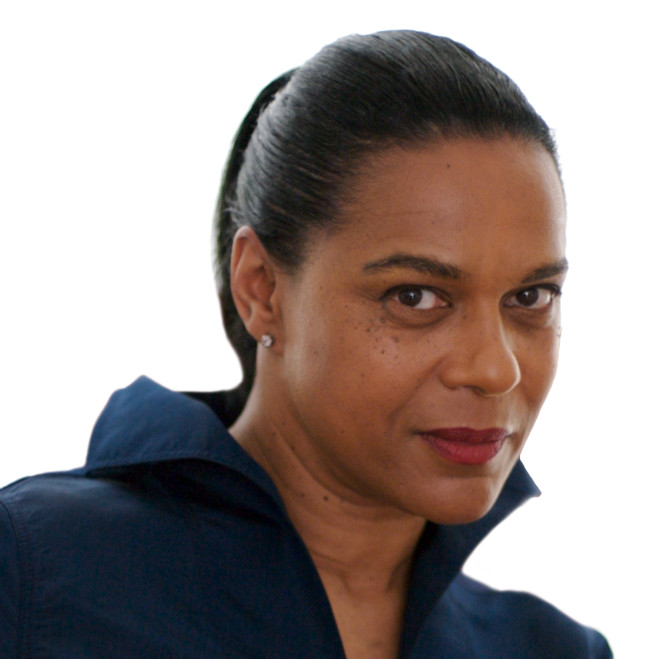 Navin R. Johnson, Steve Martin’s character in the classic comedy The Jerk is a white man raised by an adoptive black family in the rural US south, and the film opens with Johnson learning on his 18th birthday that he is not the biological child of the people who raised him.

“You mean I’m going to stay this color forever?!” Martin delivers one of the film’s most-quoted lines.

Pauline Black, lead singer of the seminal British ska band The Selecter, grew up with no such illusions.  Her recent memoir, Black By Design: A 2-Tone Memoir opens with her adoptive (white) mother punishing her for throwing up, at the age of four, when told that she’d been adopted.  Black was about to start school, and her mother thought she should know how to answer when her schoolmates asked her why her skin color did not match her parents’.

Pauline Vickers, biological child of a sixteen-year-old Anglo-Jewish girl and a married Nigerian man, was raised in a loving home by Ivy and Arthur Vickers in a small town outside of London during the mid-1950s-60s.  The Vickers were loving and kind (if somewhat clueless) and the opening chapter goes on to describe the fascination “three curious old aunts, all named after various fragrant flowers,” had for her wooly hair.  She grows up in a family that wants to ignore that her black half even exists, and friends and relatives routinely make racist comments, oblivious to the presence of the small black child in the room.

She knows no other black people.  Indeed, no other black families even live in her town, and her first introduction to the African diaspora is through the record collection of her friends’ beatnik parents-which featured American jazz music.  Isolated from the British African diaspora, Vickers learns about black power through American sources-Aretha Franklin and James Brown and Jimi Hendrix.  Her mother (and the whole town) is scandalized when she steps out rocking an afro. (Bless her white mother’s soul-she never really knew what to do with Pauline’s hair, anyway).

It doesn’t take Vickers long to realize that her way out of this cultural backwaters where nobody dares to date her is through school, so she hits the books hard and leaves for university in Coventry.  This is where she finally makes some black friends.  She learns guitar and becomes a singer/songwriter, playing hippy crap until she’s recruited to join a ska band that already had one instrumental hit (their only song) — a b-side on a Specials single released by the newly formed 2-Tone label.  Her life would never be the same.

2-Tone Records was created with the explicit aim of challenging racist bullshit, but no single group encapsulated that message as well as The Selecter.  Of all the 2-Tone bands, not only was The Selecter the most racially integrated, it was also the only to feature a female singer-and an “androgynous” one at that.

The band and their label-mates-the Specials, Madness, Bad Manners, the Beat-all skyrocketed to fame almost instanteously.  Vickers, who was calling in sick to her job as a radiologist, was somewhat unprepared for this, and this is when she decided to rename herself-because she feared the consequences of her employers learning about her double-life.

She chose “Black,” Pauline Black, to force people (such as her family) to acknowledge that part of her.

The middle part of the book reads like many rock bios.  The challenges of touring, the tensions in the band, the racial tensions stoked by the bands’ message.  This portion might appeal to die-hard 2-Tone fans, but for this reader, the best part was reading the book alongside YouTube so I could look up all the obscure bands The Selecter performed with, and even watch stuff like their famous Top of the Pops TV appearances and while reading the backstory.

For a variety of reasons, The Selecter fell apart almost as quickly as they rose to the top, but Black refuses to go back to her radiology job.  She takes on acting roles, and even has a brief stint as a BBC television personality, which brings her to the US to cover Jesse Jackson’s historic presidential bid in 1984.

I don’t want to give away the whole book, so I’ll leave out what happens when Black goes searching for her birth parents, but this book will make a great present not just for fans of ska and 2-Tone Records, but anybody interested in what it was like to grow up mixed-race before it became the norm, in a woman’s struggle in the male-dominated music world, an outsider’s view of race relations in the US, and just plain old good prose.  (When approached by a publisher to write her autobiography, Black insisted that she would write it herself-without the aid of a ghostwriter as most music biographies are handled-and she proves her chops.)

I’m friends with a mixed-race couple here in Houston-he is Gujrati and she is non-Mormon from Utah.  They have two beautiful children who just recently started school.  The father, who is of Indian heritage, like me, jokes about how we used to stick out like a sore thumb among the white kids in our respective schools while growing up.  The funny thing is, he met another father, a white man, while waiting for his kids outside of school recently.

“I have no trouble finding my kid,” that father said.  “He’s the pale one with the blonde hair.”

How times have changed.

Black By Design: A 2-Tone Memoir by Pauline Black, published by Serpent’s Tail, is available for $13.68.

Previous: The Palestine Children’s Relief Fund: Saving Lives and Fixing Bodies
Next: Who Benefits from the Stock Market