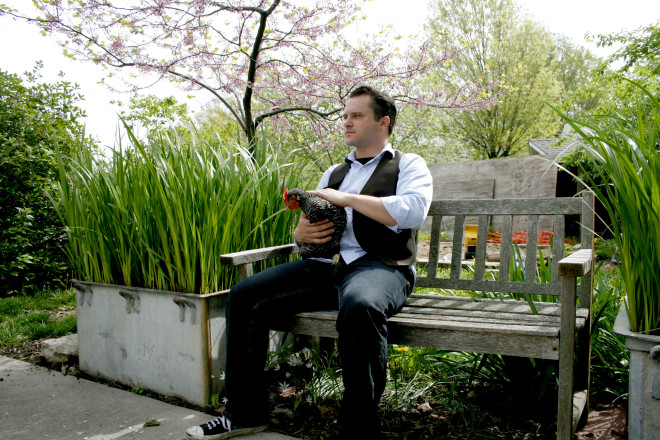 Usually, this close to the holidays; there aren’t many options for things to do that aren’t shopping related.  Sure, there’s ice skating at Discovery Green, and lighting ceremonies all over our city; but this week holds some really great shows. Whether it’s electro synth, rockabilly,  pop rock, or even an unlikely reunion; it’s a great week for openers here in Houston.

I think everyone who’s into synth pop stuff, will be at Warehouse Live for French Horn Rebellion on Thursday the 19th. But, if you’re like me, you don’t honk the honk if you can’t tonk the tonk.  Meaning, one of the best rockabilly/Texas swing lineups in a while will grace the upstairs at Fitzgerald’s on Thursday as well.  I would think that by now, most of you would have heard of The Reverend Horton Heat.  With a massive and impressive back catalogue that ranges from psycho-billy to swing-a-billy, Jim has been wowing crowds around the world with his stellar live shows.  I think I’ve seen his “gospel” in person at least fifteen times, and this Thursday will make it sixteen.  I’ve heard that on this tour, he’s been playing pretty much all of your favorite tunes from his past twenty plus years.  But, the Rev. alone would be enough for me, as he would for most fans.  But, you’re getting a real treat on the 19th with the cast of openers in Two Tons of Steel and especially Dale Watson.  Dale is as true to his sound as it gets, a great showman, and after a good stretch, he’s finally getting some real notoriety.  Donning a white coif of hair and a nickel covered Australian made Telecaster, Watson and his Lonestars prove that real country doesn’t come from Nashville anymore.  If you feel like country music is fading away with the recent passing of Ray Price, and the earlier passing of George Jones; Watson is proof that there’s still hope for the future of country music.  If your boots need a rockin’ or if you just want to hear real country music, then this is a must see show.  This promises to be the best twenty something bucks you’ll spend this holiday, with doors at 7:00 and Pinata Protest opening with their infectious Tejano-Billy sound as openers; you’re foolish to miss this one.

I am about ninety percent sure that if you like Say Anything, you’ll be at the Max Bemis show at Warehouse Live on Friday, the 20th.  I’m sure that most of you will be delighted to see solo sets from both Max, and his wife Sherri of Eisley fame.  Even the popped soaked goodness of their new project Perma, will more than likely bring you joy to see live.  However, the best act in my opinion of the night, is The Get Up Kids front man, Matt Pryor.  Pryor’s new album, “Wrist Slitter” proves that while it’s not 1999 anymore; he hasn’t lost the ability to still write some seriously good emo pop.  And, with his podcast “Nothing To Write Home About,” Pryor shows that he’s just as interesting as the guests he has on.  I can tell you as a guy who’s hung out with the man several times, he’s sincere, earnest, and about as genuine as a guy with his back catalog gets.  Definitely, if you’re already going, or even if you were on the fence about going; catch his set.  His new album is really great and worth the small $13.50 ticket.  The doors are at 7:00 and the show will start shortly after.

I’m not a big reunion guy.  There are possibly only a handful of acts that are worth catching live when they reunite.  But, with Houston’s past, there are at least ten bands I’d pay highly to see get back together.  One such band, is Clouded.  These guys were the bee’s knees back in the nineties, and you can see if they still have the chops to perform live; when they play the Fourth Annual Christmas Extravaganza at Rudyard’s on Saturday the 21st   I’m not really into Project Grimm who’s headlining this show; but for $6.00 I may stick around just to see their set.  Clouded was on everyone’s “next big thing” list, and if anything, it’s worth finding out where they disappeared to.  The doors are at 9:00 and the show starts at 10:00 with The Linus Pauling Quartet as openers.  Sorry kids, but you must be at least 21 to enjoy this ride.

So, I guess it seems unfair to tote the openers over the headliners; but sometimes the openers make the show.  It seems, that this close to Christmas, that’s the case this week.  It’s not a bad thing, as I have the ability to miss so many openers for some reason.  However this week, you’re best bet is to definitely catch all the opening acts, and then catch the headliners.  These openers are all proof, that sometimes it’s worth the effort of getting there early.