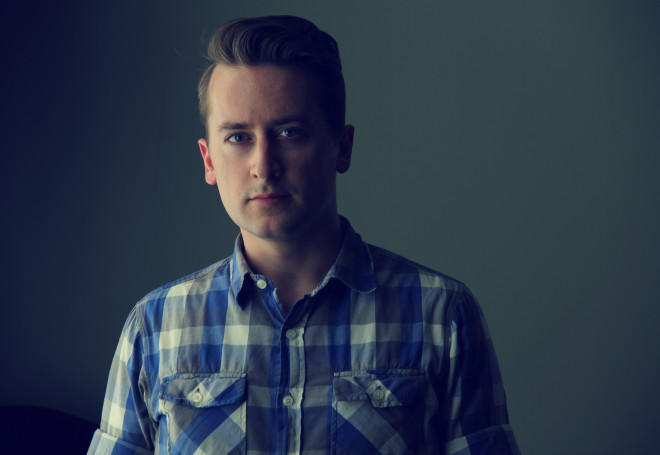 In April of this year, Nathan Nix self-published a novel he wrote titled The Drifters. Nix is a soft-spoken, polite gentleman who has lived in Houston his entire life (with the 5-month exception of living in Africa as a child).  Having written two books (that he was not satisfied with and therefore did not publish) prior to The Drifters, Nathan Nix decided not to hold back and went on to champion his goal. FPH caught up with Nathan Nix at Big Star Bar and tricked him into telling us all of his secrets.

Let’s start this interview in the middle, shall we? Good. Is this the book you set out to write?
No, not really actually.  What inspired the book in the first place is I’m a proud product of the Houston Community College system. Or, I guess, Montgomery College is where I went but whatever. It was such a bizarre experience that ended up being a good experience.  However, at the time, it was almost like this purgatory that you’re caught in and there are all of these bizarre people that you meet at a community college that you don’t meet at a university.  So, I set out to write about these people and about this experience. It was going to be like this comic novel.  But as I went along and began developing these characters, the character of Nicole (the main character), I realized that she would be from The Woodlands and she would be this type of person who grew up wealthy, a little spoiled, and ended up having to go to community college because of an Enron-type thing with her dad. I really got more into the idea of her meeting these not necessarily poor, but community college people.  So the book is less funny than it started out being.

How did you manage to write a novel wherein the main character is the opposite sex?  What drove you to make that decision?
A lot of research.  In a way, it was easy because my background is in journalism and so I’ve been taught how to observe and how to distill that into a story. Combining that with researching how girls talk when they’re talking to each other-that’s the hardest part. I know how they talk when they talk to me.  Sooooo eavesdropping.  A lot of eavesdropping.  But at the end of the day, guy or girl, a lot of it is similar until you get to the specifics; like how a girl would describe something.  And I intentionally set out to write from a girl’s perspective in this book because I had written two other books that went nowhere from a guy’s perspective.  And I figured, if I’m going to go through this whole experience again and get kind of a tepid reaction then I’m at least going to want to stretch myself as a writer.  So what’s the easiest way to do that-write from a female’s perspective.

Tell me about the decision to publish this novel yourself.
The thing that turned me onto the idea of self-publishing, and basically made it OK for me, was looking at the situation from my musical background and being involved in the music scene and seeing all of that. Well, it was the same thing my friends had been doing for years. They record an album in their friend’s garage and then they sell it at shows for five bucks. They send it out to magazines or to labels and most of the time they’re going to get rejected. But it’s practice almost in a way.  You know, you’re putting yourself out there and growing with each album you put out, or, in this case, each book you put out. The main thing is you’re building an audience. So even if it’s not put out by a big publisher, the publisher is still going to want you to have an audience eventually.  So, just put it out there yourself and build your audience.  And I was thinking, “You know, if Sufjan Stevens and Ian McKay can do it, then I feel OK just going ahead and doing it myself.”  At the end of the day, all that you really want is for people to read it and enjoy what you’ve written.

How has putting out this novel changed you as a writer?
I finally feel OK trying for a career as a writer, as opposed to it just being some hobby that I might be OK at but I’m not really sure.  And now going through this whole process-and not just the process of writing the novel-but the process of producing it as well, you know, hiring Ashley Ward to do the cover, doing all of the interior part of it, and hiring an editor to edit it-I feel like I actually know what I’m doing.

What role do mosquitoes play in this story?
They’re bloodsuckers, man.  And I’m sure there’s a parallel there with the suburbs.

Well, yeah. The suburbs are bloodsuckers, too.
They’ll suck the soul out of you.

The Drifters by Nathan Nix can be purchased online (www.nathannix.com) or at Cactus Music.