Rediscoveries and Exchanges of Mexico City

Decrease Font Size Increase Font Size Text Size Print This Page Send by Email
It was an early morning last Winter and I was headed to the hot new annual art fairs Zona Maco and Material in Mexico City. Over the past several years, they have become two of the art world’s most exciting and popular fairs with more international visitors flocking to the events each year. The buzz has been building since their beginnings, and with the Miami fairs becoming over-saturated, Mexico City has become the focus for many. After following the events there and noticing more articles written about this forgotten cultural hub, I decided to take the chance to see it for myself. With only five days at my disposal and plenty of events slated, I had my hands full. En route to Mexico City, I was traveling along with art consultant Julie Kinzelman and staff, collectors and patrons Cecily Horton and Judy Nyquist, Blaffer Art Museum Curator Claudia Schmuckli, Museum of Fine Arts, Houston Core Fellow Harold Mendez, and artists Mina Gaber and Bret Shirley. Dozens were flying in that day and night, including Fat Tony, David Shelton Gallery, Matter Creative, Contemporary Arts Museum Houston Director Bill Arning, Michael Landrum, Garrett Hunter, Patrick Reynolds of Inman Gallery and many others. It was apparent there was much more than a charm to this culturally rich city. Mexico City was bubbling over and I was just getting my feet wet. It was going to be days of festive openings, rooftop performances, distant reunions, and new exciting discoveries.

As the country’s capital, Mexico City has spent decades transforming into a formidable cultural hub of northern and southern America and becoming a key art city on a global level. It wasn’t brought to the public eye as an art center, as could be said about Donald Judd and Marfa. Aside from being historically culturally vibrant, the city has been a hidden destination for artist, architects, musicians, and filmmakers alike for the past century. Names like Frida Kahlo, Diego Rivera, and Sergei Eisenstein are first to come to mind as art history visionaries, but the list goes on. As many artists and cultural pioneers are aware, travel and new exposure is key to the creative growth process. Finding a city you love and call home is important, but to find that enchanting mistress of a city is also a main ingredient for artist to thrive. With hundreds of museums, institutions, and galleries, both locally and ‘expat’ run, Mexico City has kept its visitors engaged and returning with cultivated interest. This dialog has continued for a greater part of this century, but it’s growing in momentum, exposure, and a solid foundation in the arts world for further projects, fairs, residencies and more.

Living in North America, we often forget to turn our gaze south when it comes to our city’s art destinations and art fair travels. Between the emphasis on the idea of a “Border” and overblown media coverage of southern violence, we lose sight of the great cities we call our neighbors. Dozens of Houston’s creatives have been working with Mexico City for some time and the cultural exchanges are growing in number. Within the past few months alone, half of dozen conversations and projects have been planned between these two hubs. From grant funded projects to individually funded gallery trips, many progressive endeavors are brewing and launching very soon. However, these cultural pollinations don’t simply remain within the visual arts, but has always been a main pulse throughout the music realm.

Since before 1999, musician David Dove — also the Artistic Director and Founder of Nameless Sound — has been engaged in conversations of cross pollinating with Latin musicians, students, and colleagues who were either living in Houston or visiting as artists. In 2008, Dove was invited to the Cha’ak’ab Paaxil, a free jazz and improv festival in Merida. The festival introduced him to many Mexico City musicians, and through the relationships made in Merida, the Acuerdo Festival was planned. Also called “Acuerdo de Musica Libre” — translating to “Free Music Agreement” — the festival started in 2009 as Dove’s vast project involving collaborations between Mexican and Texan artists. Nameless Sound’s four night festival (two in Mexico City and two in Houston) gathers some of Texas’ and Mexico’s most vital voices in creative music. Both festivals involved concerts and workshops in Mexico City and Houston (2010 and 2012) with another coming up in January 2017.

Robin Hayward at No Idea Festival.

Another prime example of creative cultural exchange brings Chris Cogburn, a musician and creative who travels between Austin and Mexico City. Cogburn started No Idea Festival in 2003 with the vision of offering collaborations between free improvisational musicians from around the world who have never played together, performing at locations in Austin and San Antonio. Such Houston artists as Dove, Sandy Ewen, and Damon Smith have performed together and over the years and traveled back to Mexico City for further collaborations. After Houston was added to the schedule, No Idea Festival ended a weekend-long tour at galleryHOMELAND’s HOMEcore performance venue this past February. “Living part-time in Mexico City, I have made efforts to bring Mexican artists to No Idea annually since 2009 with the intention of facilitating enduring bi-national exchange,” Cogburn says. “The festival itself has grown along with my work as an artist and now encompasses an international community of musicians, dancers, writers, filmmakers, etcetera.”

DiverseWorks Curator Rachel Cook describes a similar experience after traveling to Mexico City for research and partnerships. Over the years, DiverseWorks has brought several Mexico City players to Houston, including Sofia Hernandez Chong Chuy, curator of contemporary art for the Colección Patricia Phelps de Cisneros and past director of the Museo Tamayo in Mexico City, and curator, critic and director of Lulu, Chris Sharp. Both of them had presented at Diverse Discourse and toured many of Houston’s art spaces and artist studios. The conference for the Association of American Museum Directors was held in Mexico City last year and drew two of Houston’s top arts administrators, Arning from Contemporary Arts Museum Houston and The Museum of Fine Arts, Houston Director Gary Tinterow. “From my own trip there for the conference in 2015, it was really an amazing experience  with hidden gems as Lulu, Bikini Wax, and House of Gaga,” Arning says. “It is so accessible and has really become a place curators and artists want to be.”

Leslie Moody Castro has been working on creating cultural dialog for many years now with our neighboring southern cities. Last Fall, she curated and created The Other Mexico at the Texas Contemporary Art Fair, with Art Fair concept support from Arning. A focus section of the fair that highlighted galleries from Mexico City, The Other Mexico reflected the city’s rapid materialization as an incredibly unique focal point of the global art forum. The Texas Contemporary brought eight Mexico City galleries and project spaces and presented lectures, tours, and special events that stirred conversation and future collaboration. Moody Castro elaborated in conversation: “I really wanted to show the heterogeneity of Mexico City, and these exchange collaborations just seemed like the best fit to do that. The art world in Mexico is so full of multi-faceted voices that experiment and collaborate in dialog with each other. I came to my professional life learning that from the city.” In response to the positive results of the Texas Contemporary’s programming, Moody Castro stated: “One of the biggest outcomes is that Texas Contemporary decided to continue with the program. The Other Mexico will happen again in 2016, but branching out to other parts of Mexico as well. We will have emerging and experimental spaces from Oaxaca City, Mexico City, Guadalajara, and Monterrey. These are all spaces I’ve been following for quite some time, so it’s very exciting that this is happening.” 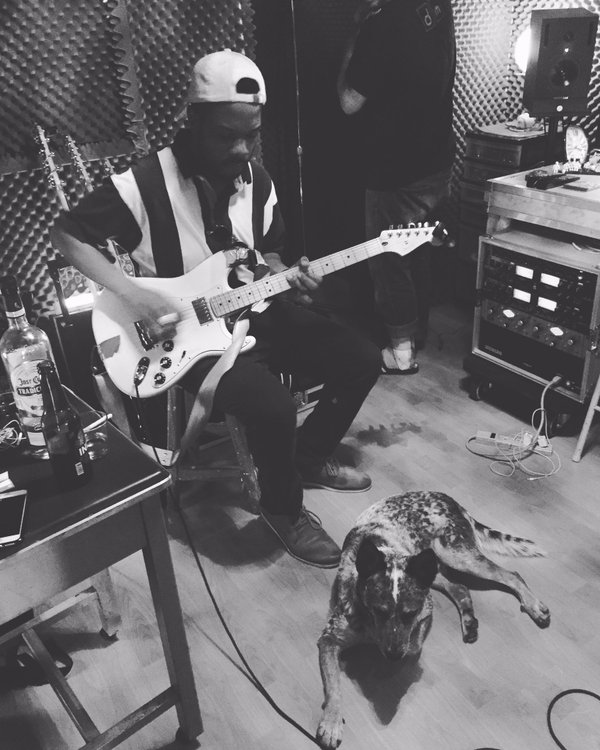 During my visit, I happened upon many of these spaces myself. The group I was with had taken an organic approach to our itinerary with word of mouth invites to amazing 48-hour performances, micro-exhibitions behind the walls of Material Art Fair, and even Houston hip hop artists, including Fat Tony and Ill Faded commanding the festival closing party at a local club where we ran into dozens of our city’s creatives. Fat Tony has typically been known for his high energy tight beat shows here in Houston, but has recently been traveling non-stop for Function, his new monthly project and cultural exchange hip hop residency hosted by alternative rock publication Revista Marvin. Function is a monthly party bridging the gap between American rap and Mexico City’s art, entertainment, and nightlife communities. Fat Tony first came to Mexico City in 2015 to perform at NRMAL, a music festival that “focuses on presenting fresh, purposeful and edgy musical programming, with emphasis on the power and quality of live acts, rather than its impact on the musical market.” Now he will host, DJ, and bring U.S. rap artists to perform at his event at Pata Negra in Condesa. His first evening was this past June at Pata Negra’s new location in Centro (downtown) where he presented Mexican-American rapper Dat Boi T from Houston. Fat Tony describes a very natural feeling to his interactions between Texas and Mexico and boldly claims there are many more great cross border collaborations to come.

Mexico City has always been attracting talent and been a cultural hub for Mexico for a very long time. It has certainly seen an upswing in riveting new projects, press, and seen a rise as a contemporary destination. With the next few years we are expected to see art fair appearances by Cardoza Fine Art and David Shelton Gallery to list a few. This summer alone, creatives such as Jonathan Beitler, Julep’s Alba Huerta, Bret Shirley, and galleryHOMELAND have all hinted at possible travels and projects there in the near future. New York and Miami might be nice as art hot spots, but Mexico City is stealing the stage as of late and its momentum and influence on Houston doesn’t seem to be losing steam anytime soon.

Fool’s Gold: The Best of The Week