The Salt of the Earth

Decrease Font SizeIncrease Font SizeText SizePrint This PageSend by Email
The exceptional career of Brazilian photographer Sebastiao Salgado comes to life in the film The Salt of the Earth. Salgado captures images that define man’s relation to Earth. For instance the film opens with a series of photos taken at a Brazilian location where over 50,000 workers mine gold by hand. The faces are drenched in sweat and mud and wrinkles. Men climb impossibly tall flimsy ladders carrying unbearable loads. 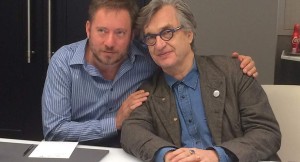 Leon casino, It’s not just anybody that can take off for months at a time to travel to remote regions of the world and live with indigenous peoples who previously had never seen a person with a camera. The Salt of the Earth, directed by Juliano Salgado and Wim Wenders, takes you into that state of mind.

“Our house was always full of journalists, correspondents, the guys that understand things, and check information and have so much to say. I was brought up in a very intellectual circle,” says Salgado about being the son of a world-renowned photojournalist. Salgado spoke to Free Press Houston at the SXSW Film Festival last month where he presented The Salt of the Earth.

Salgado had traveled with his father on some of his projects, and in the process filmed various interactions. One remarkable sequence shows the elder and younger Salgado capturing polar bears, rather dangerous animals, wandering around a barren landscape, Juliano with his film camera, and Sebastiao with his still camera.

This was shot on the remote Russian island of Wrangel in the Artic circle. “When the polar bear runs it can travel seven meters a second,” says Salgado. “You have to be the one that lets the polar bear know whether it can eat you or not. You cannot be scared, you have to be a little aggressive but not too much.” Salgado admits that they were scared and it was tense getting the footage. Also they went through about a year of red tape to get permission from the government to travel there.

Another sequence introduces the audience to the Zo’é tribe of Pará, Brazil. The Zo’és live in the Amazon rainforest and only first encountered outsiders in the late 1980s. They are protected by the government and as such access is limited. If you’re granted permission to visit the village you cannot leave anything behind. Salgado donated the rights to the photos he took to an organization that maintains the land. 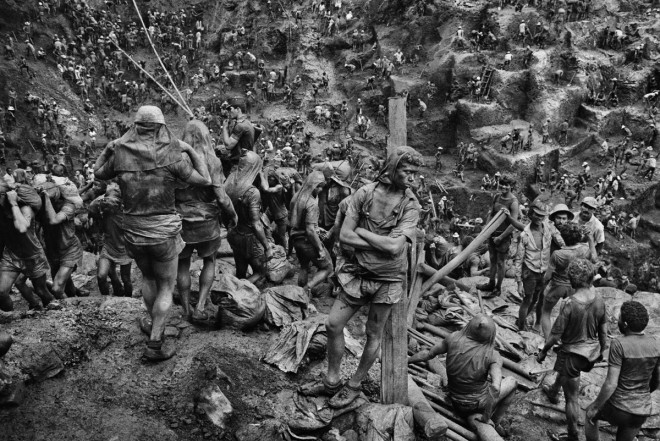 When Juliano met Wenders, a friend of his father, a collaborative documentary began to develop. Wenders brought his own experience as a famous director, both narrative and non-fiction, and was instrumental in shaping the film and conducting interviews.

Not that the two didn’t disagree on occasion. Both of them edited different versions of the film in progress. “He took my version and reshuffled things, and it wasn’t good, it was shit. But how do you tell that to someone who is a legend. He passes me the ball back. I edit it again. He edits it again. A year passes,” says Salgado. “We realized that neither of us is managing to put this film together.”

At this point they started to edit the film together. “We let go of our ego issues, gut feelings, and learned how to listen to each other, and finally it happened really quickly. A month later the film is done,” says Salgado. “The funny thing is that in creating the structure and the narration of the film we got back to our starting positions, what we really believed was important in the film.”

The Salt of the Earth is currently playing in an exclusive engagement at the River Oaks Three.