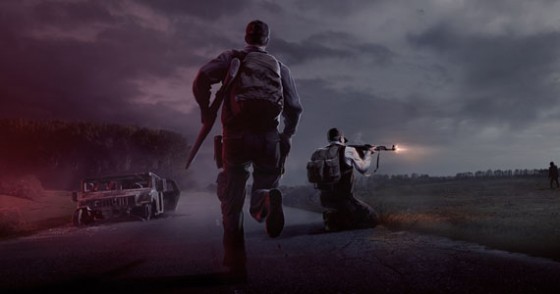 Friendly? Think you would be in a zombie apocalypse? Most people seem to start off well-intentioned, but the world of DayZ has a way of changing people. I went from upstanding citizen of the overturned world — offering bandages, food, water to any fellow survivor in need — to a paranoid, calculating murderer. How can a game alter your playing-style so dramatically? In one made-up term: permadeath. Die in DayZ, and all of your accomplishments are lost forever.

DayZ is a free mod for the military simulation PC game ARMA 2. It’s set on Chenarus, one of ARMA’s giant maps based off the real-world location. The map itself is nearly 100-square-miles (you read that right), and is sprinkled with small, decaying Russian villages, a few large cities, and an often-sought (ie., very dangerous) military airfield. This is a simulation game, so expect to brush up on your cyrillic alphabet if you plan on navigating the terrain by map.

But before you can actually navigate by map, you need to find one. The first of the three deadly elements in DayZ is the fight for survival. Your character will need to stay fed, hydrated, and kept otherwise healthy. Injuries will bleed-out if left untreated, you can get the shakes from getting too cold, and can be forced to crawl around Chenarus if your legs are broken. Luckily, there are remedies for all these impediments; the only drawback is wherever there’s loot, there’s zombies, and probably other players.

Zombies, or “zeds” as the rest of the world calls them, are mostly benign in DayZ. They are the second pillar of Da Z’s tri-part kill-you-fest, but are the least worrisome. This seems nonsensical at first. Why should a zombie survival game feature non-threatening undead? But a quick reminder of the brilliance of George Romero’s Night of the Living Dead is that the undead do not have a monopoly on the horror; the atrocities humans commit against each other echo further in our nightmares than the rotting flesh do. And this is brilliantly present in DayZ.

The third, and by far most dangerous element in Day Z, are other players. Servers host around 30-60 players at a time. Not a huge amount, but just-right for the landmass. You’ll welcome the elbow room too, as you’ll quickly learn the scariest sight in DayZ isn’t a gurgling undead walker, it’s a heart-beating human. The most common reaction is to fumble to direct-chat (allows you to talk with other players within ear-shot), and hurriedly type, “Friendly?”. If you’re lucky, the reply won’t be a bullet in the face, and you’ve found a fellow survivor with whom to roam.

But it’s here, in the human interaction, that the sheer genius of DayZ lies. Game theorists (the maths, not those bullshitting about video games), would salivate over DayZ’s take on the Prisoners Dilemma, the Game of Chicken, or the many other social situations that players can get into. YouTube offers a trove of hilarious-to-insane encounters in DayZ. Robbery from patrolling bandit groups are commonplace, almost trite at this point. More inventive clans have corralled unwitting players into Gladiator-like duels of survival, wherein the winner is allowed in their selective group. Rival clans, revenge killings, thievery, deceit and all manner of deviance is there waiting for players to invent.

Myself, I’m a lone wolf, hardened by many heartless murders by the hands of trigger-happy gamers. Now, when I see other players my response is always the same: “I’m friendly, but my gun is aimed at your head, turn around and walk the other way.” I’m a changed man.

The open-ended nature of DayZ practically begs players to organize and create unique gaming experiences. Below are a few examples of breakout gameplay. 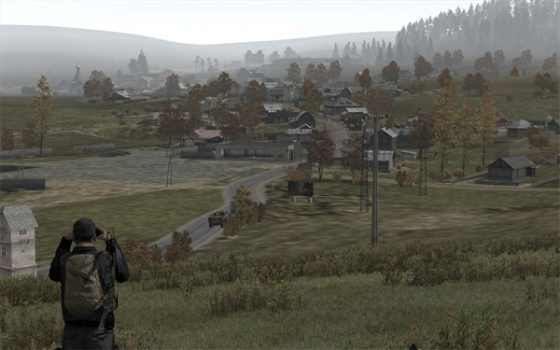 The Reddit Rescue Force
Supplies can be hard to come by in DayZ, particularly if you’ve suffered a broken leg, and are out of morphine (oddly, the fix for fractures). One resource available is the Reddit Rescue Force. I can attest: post your injury, server and game location, and you’ll soon have a do-gooder on the way.

Reddit Murder Squad & DayZ Bandit Force
These communities are home to mercenary work and organized crime, respectively.  Although I’ve never made a deal with these devils, I’ve been tempted to acquire their services for some wanted payback.

Last Church of Elektrozavodsk
30 minutes before each service a server location is posted for the faithful to gather at the Church of Elektro for some Sunday saving. The first service was interrupted ten minutes into the ceremony by bandit fire, killing the priest and organizers of the event.

Kidnapped & Forced to Fight
One of the most bizarre YouTube videos I’ve seen features a player lured onto a bus by strangers at the promise of a refuge ahead. The player and another random survivor are brought to a camp populated with several players toting really big guns. They’re unloaded into an arena of barbed-wire, given hatchets, and are forced to fight to death for survival/the entertainment of those watching.