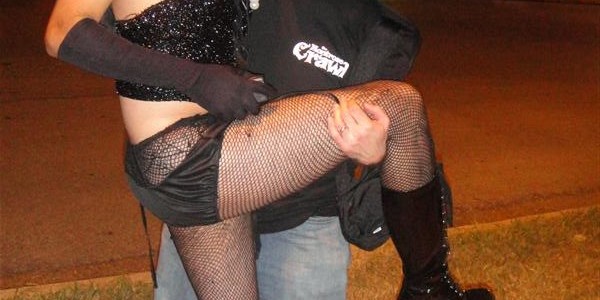 Leon casino, by Jason I. Ginsburg

What qualifies me to be neighborhood president?, I asked.

Well Jason, you already show up for all of the meetings.

And just like that, I became President of First Montrose Commons, a neighborhood of 32 blocks wedged up against Spur 527 in the southeast corner of greater Montrose.  During the next 6 years, I and my neighbors fought crime & blight, established a historic district, parleyed with developers, and lobbied for new streets.  We also established a series of increasingly drunken block parties, which I consider to be my administration’s signature success.  But it’s all over now, and looking back has given me an interesting perspective on Montrose and its people, with 6 takeaways in particular:

You bump into your neighbors at the grocery store, at the gym, or just riding your bike.  There’s only 2 or 3 degrees of separation between you and most of the people at the bar.  Everyone knows everyone else’s business, for better or for worse.  And we all pretty much share the same values… with a few very entertaining outliers.  No, we all don’t spend Friday night together watching a football game, but we’re a small town anyway.

Montrose Doesn’t Get Its Due

What do our fancy restaurants and art collections matter if you have to travel down shattered sidewalks and crumbling streets to reach them?  For all the hype, we live with collapsing infrastructure while our neighbors in Midtown and Upper Kirby have gleaming streets that were paved with gold, namely our tax dollars.  The townhouses and towers that are sprouting everywhere in Montrose expand the city’s tax base, but what do we get in return?

Hipsters and empty-nesters are great, really, but the future of our neighborhood belongs to people with kids – they are the ones with the most incentive to make Montrose great.  We mock people for fleeing to the suburbs once they drop a litter, but we need to give them more reasons to stay – more parks, better schools, safer sidewalks, less vagrancy, etc..  But it’s a catch-22, because parents are the ones most likely to fight for those things to begin with.  Urban parenting takes courage and it benefits the community in innumerable ways, so we should all look for opportunities to support our local shorties.  A cool restaurant with a kids menu would be a nice start.

By now everyone knows the narrative – gays moved into Montrose decades ago when no one else would, and they fixed it up so nice & neat that heteros are now flocking here to replace them.  But in fact, our gay neighbors haven’t gone anywhere.  They are deeply embedded in this community that they rescued, and they continue to be the social, political, and spiritual backbone of Montrose.  In my own opinion, it is shameful that Pride Houston is leaving Montrose for downtown, because our gay neighbors are not just proud of themselves – they are incredibly proud of what they have built HERE in Montrose, as they should be.

Unabashedly liberal and socially conscious, Montrosians usually give a pass to the vagrants who slowly shuffle down our streets like roamers from The Walking Dead.  Because there but for the grace of god go I, right?  Yep, and there go your tools, your laptop, and your TV too - anything that isn’t bolted down.  There’s a fine line between tolerance and impotence, you know.  So watch your bike and watch your hood.

Montrose Is Still Strange, But We Must Work To Keep It That Way

So what if they’re building cookie-cutter townhouses here?  The soul of a neighborhood is in its people.  Go LARP in the park.  Rap for weed on Westheimer.  Paint your house like Marilyn Monroe.  Establish a series of increasingly drunken block parties.  Be creative, be unusual, and never be boring.  And if that’s your fuckin townhouse, then come buy us a round at Rudz and we’ll love you anyway.  It’s okay to have more people in Montrose, but what we really need is Montrose in more people.

Stand Up & Deliver: Everything Starts In The Barbershop

We Are the World | The Best of Recent Protest Raps