R.I.P. Al, aka The Plastic Clown, aka A. E. Lautremont

note: There is a longer elegy for Al here.

According to folks at Notsuoh, Al aka The Plastic Clown, died by falling off a friend’s balcony near Minute Maid Park late last night.  A beloved and hated open mic poetry reader and host at Notsuoh, Al’s last post on Facebook, a few hours before his death, serves as his epitaph:

i’m set free, i have raided the liquor store and heard tales of mounds of drugs awaiting me, i have a great thirst and a great need….i will roam the streets raping and pillaging at will, shiny objects and pussy juice to sate my monstrous desires

He then proceeded to get into a comment debate with a friend about his rape reference, saying:

i was going to to put a disclaimer about the rape, but i was distracted by the consumption of vast amounts of alcohol. i take no part in “rape culture” neither do i encourage or advance that type of thinking. if metaphor is beyond your capabilities, then i am sincere in my sorrow for your limited point of view. as a survivor of child abuse, i feel i have the right to say whatever the fuck i want. if you disagree, then go fucking die. i’ve paid my dues. 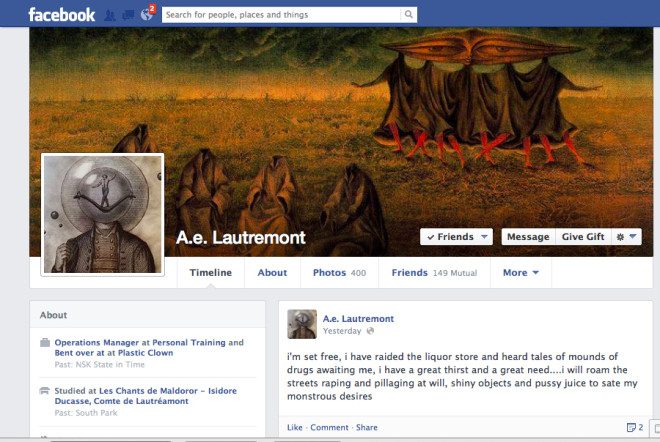 Why FPHNYE is the Place to be