Posted by: MBergeron July 18, 2013 in Featured, Film Leave a comment 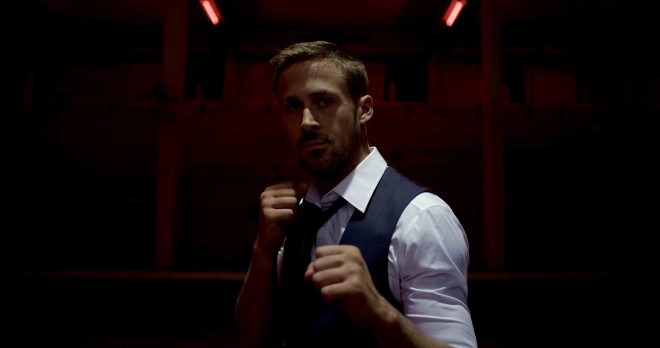 Nicolas Winding Refn loves filmmaking. No, seriously Refn approaches the act of directing a movie like the act of love. “You establish an intimacy with your lead actor, and it’s different than the intimacy you have with your lead actress,” Refn tells Free Press Houston in a phone interview. Refn is a Danish writer/director who has divided his time throughout his life between Denmark and America.

Leon casino, Ryan Gosling is the current go-to actor for Refn having starred in Refn’s previous film Drive, and headlining Only God Forgives, Refn’s new film that opens Friday. “In many ways the director finds his alter ego in the actor,” Refn reminds.

Gosling was already familiar to audiences before Drive and Only God Forgives, but it’s interesting the way Refn has made previous films that are showcases for actors who are now known though other roles to American audiences. For instance, Refn’s Bronson (2008) starred Tom Hardy in a tour-de-force role as a career convict, and subsequently Hardy became a recognizable character actor in movies like Inception and The Dark Knight Rises. 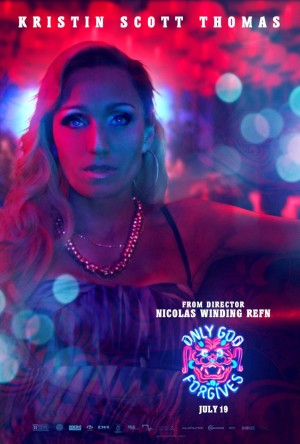 In a similar manner an actor who was perhaps Refn’s first cinematic alter ego, Mads Mikkelsen has recently burst on the scene in a series of domestically distributed foreign films (A Royal Affair, The Hunt) and the television series Hannibal. Yet Mikkelsen was a supporting player in Refn’s debut Pusher (1996), the star of With Blood On My Hands: Pusher II (2004) and also starred in Valhalla Rising as well as appearing in the cast of Bleeder (1999). Refn helmed Valhalla Rising in 2009 and it represents his only period piece, a tale of Norsemen in 1000 AD. Refn refers to Valhalla Rising as “my silent film,” due to the fact that Mikkelsen plays a mute warrior.

Only God Forgives unwinds in Bangkok, but the slow methodical tracking shots down red corridors could be located in any alternative universe in the world. A bloody battle ensues after the murder of a prostitute between a corrupt and evil law officer Chang (Vithaya Pansringarm) and foreigner Julian (Gosling). Julian’s brother killed the prostitute but has himself been avenged by the girl’s father.

Chang seemingly orchestrated the revenge by the different characters involved and has a bizarre ritual where he cuts the arm from his victims with his personal rapier. It reminds you of the ritual of cutting a joint of the little finger in The Yakuza (1974). Maybe honor is involved and then maybe it’s not. And Chang’s penchant for singing in a karaoke bar somehow has a David Lynch vibe. Likewise the way Refn tracks down hallways shrouded in pure red only to have the right angles blend into perfect darkness seems like a cinematic missing link that connects today to movie like Twin Peaks and Lost Highway.

The brilliant music soundtrack by Cliff Martinez seems to be playing homage to great ‘80s synth scores. Bold themes and melodies are bridged by low frequency rumbling sounds. “Those are the sounds of Julian’s emotions,” explains Refn.

Refn debuted as a feature director with the aforementioned Pusher in 1996 but finances caused him to wait nearly ten years to complete the Pusher trilogy, a bloody affair that unwinds in the Copenhagen underground. Pusher was in fact remade in English last year and released by The Weinstein Company; the same company releasing Only God Forgives. A feature length documentary about Refn and his quest in and out of debt to complete the trilogy called Gambler shows him projecting a whimsical, at times self-deprecating façade. And that’s the voice that comes over the phone, confident but still ready to roll with the punches. No, Refn is no longer attached to the remake of Logan’s Run. Yes, Refn would like to work with Carey Mulligan, the femme star of Drive, again. 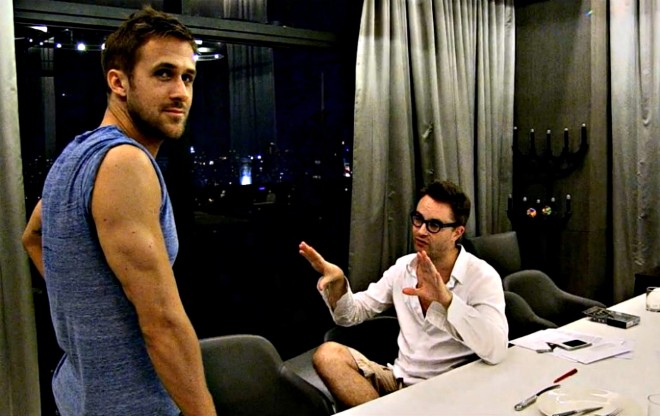 Julian’s mother, Crystal (Kristin Scott Thomas), herself the kingpin in an international drug smuggling ring, comes to Bangkok to avenge her son and orders a hit on Chang when Julian refuses to kill him. “I met Kristin to talk about the role and she immediately flicked on the bitch switch. I knew she was perfect for Crystal,” says Refn. Having shot films in Copenhagen, Los Angeles and now Bangkok, Refn describes his process of arriving at his new location. “I want to be a stranger in a strange land, that’s how I discover everything.”

“You know a pin-up magazine? Refn asks. “What arouses me; that’s what I want to see up on the screen.”

Only God Forgives escalates into a series of confrontations between Julian and Chang and Julian and Crystal, each more perfectly choreographed than the last. The final credits reveal a dedication to Alejandro Jodorowsky, perhaps the godfather of surreal violence with such films as El Topo (1970) and The Holy Mountain (1973). Refn mentions a documentary about Jodorowsky that he contributed to as an interviewee – Jodorowsky’s Dune, a documentary that examines an attempt to film Dune in the 1970s and which is set for release later in the year. “Jodorowsky cast Salvador Dali as the Emperor,” Refn states.

Glancing at Refn related material on the net I come across Refn’s Criterion Top Ten. Among his choice favorites are Vampyr, The Sweet Smell of Success and Flesh For Frankenstein. Just based on those selections it makes one eager to experience the vision of the director of Only God Forgives.

Previous: H-Town Sneaker Summit 2013
Next: R.I.P. Al, aka The Plastic Clown, aka A. E. Lautremont