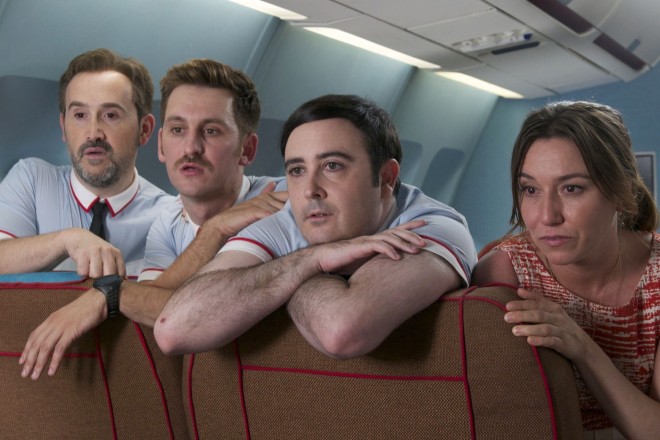 If you fly Peninsula Airlines you might not get to your destination. So it goes in I’m So Excited, the new film by Pedro Almodóvar that functions as a sex farce even while sending up the airline industry.

Almodóvar populates the cast with a few newbies mixed with current regulars like Cecilia Roth and Blanca Suárez and Paz Vega. The opening scene even features uncredited cameos from Almodóvar veterans Penélope Cruz and Antonio Banderas. Even when events turn melodramatic or the score takes on nuances that suggest a thriller you’re still surrounded by the plane’s bright colors, and those hues always seem to be recommending comedy. Most of the scenes are played out in business class or the plane’s cockpit, although Almodóvar opens things up by having one passenger talking by phone to someone on the ground. 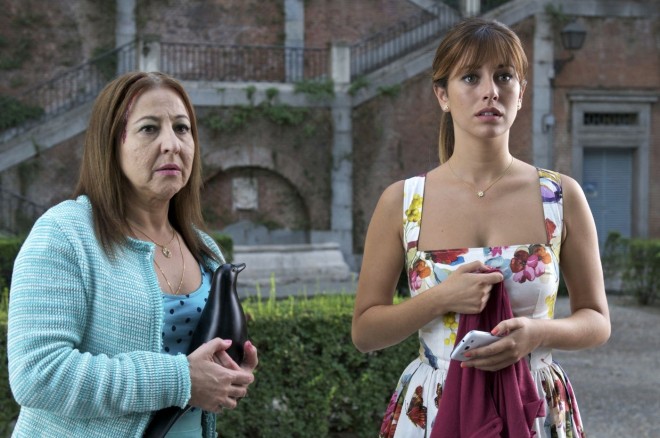 As soon as Flight PE 2849 takes off there’s an air of uneasiness. Soon they discover the landing gear won’t work so instead of continuing the international flight to Mexico the plane starts flying in circles. Compounding their problems are bureaucratic hassles like the airport below being uncompleted due to financial scams. Not coincidentally on board are various figures of New Spain and the scandal.

You never know what to expect with Almodóvar, and I’m So Excited is no exception. There’s laughs aplenty, clever line readings and a general sense of anarchy. The theatricality of some of the scenes fits in with its satiric skewering of societal norms.