Decrease Font SizeIncrease Font SizeText SizePrint This PageSend by Email
You don’t have to look far to see the best documentary that’s been released this year. Best of Enemies is currently unspooling at the downtown Sundance Cinemas.

Leon casino, Best of Enemies tracks the televised debates that ran on ABC during the 1968 Presidential election between William F. Buckley and Gore Vidal. There’s a lot going on in this film: rivalry, intellectual stimulation, and even suspense and surprises that would work in a narrative.

Best of Enemies opens with a Mediterranean landscape and the gentle strains of Raymond Scott electronica. An editing device advances the scenes like a slide projector. “The opening scene is meant to make people ask ‘am I in the right movie,’” says Gordon. “People bring a certain preconception to a movie about two public intellectuals. We wanted to make clear from the start that whatever you’re thinking, this is not it.” Gordon co-directed Best of Enemies with Morgan Neville (Twenty Feet to Stardom). Gordon and Neville previous directed the documentary Johnny Cash’s America (2008). 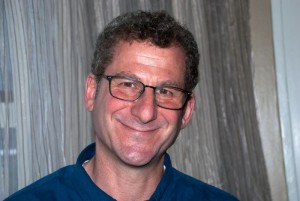 Buckley died in 2008, and Vidal died in 2012. The filmmakers managed to interview Vidal at his home but never used the footage. “By 2010 we’d done our first round of interviews, which was James Wolcott, Dick Cavett, Christopher Hitchens, and others. We knew at that point we had a film,” says Gordon. “Gore never turned down an opportunity to be on television. When we got there it was clear that he rejected the very premise of our being there, to be a part of our movie. He rejected the concept of he and Buckley being on the same level. He walked in the room; sorry he was wheeled into the room. He didn’t make eye contact. At one point he said ‘I have my rage to keep me warm.’ And the interview just went downhill after that.”

Despite that the filmmakers were invited afterwards to have cocktails in Gore’s bedroom after the interview. Gordon noted in another interview that Gore was more polite and since there were no chairs in the room everyone sat on the bed drinking.

Best of Enemies takes in the cultural climate of the era including references to movies Vidal had written and witty asides from Buckley appearing as himself on shows like Laugh-In. Both had run for public office before 1968. 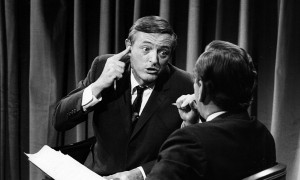 The still nascent network ABC hired Buckley and Vidal to verbally spar during the summer of 1968, which they did each night during ABC’s coverage of the Republican and Democratic nomination conventions. History has not been kind to the events that occurred between protesters and police in Chicago during the Democratic convention. The Vidal and Buckley segment exploded during one session when they exchanged insults and nearly came to fisticuffs. It’s unlikely that words like crypto-Nazi, queer (in a pejorative sense) and goddam had previously been heard on American television.

“We knew from the footage of the debates that the film had a built-in arc. If you were going to script this in Hollywood you would want the explosion just before the ending,” says Gordon. “And we got that.”