Decrease Font SizeIncrease Font SizeText SizePrint This PageSend by Email
How ironic is it that the present day may be the best time to watch films by Orson Welles, who died in 1985. Just today there was a story about how The Other Side of the Wind, Welles’ unfinished last film that was shot over a period of years in the 1970s, has finally wrangled free of the legal proceedings that have prevented its completion and will be released in 2015.

Leon casino, There’s a clip from The Other Side of the Wind that appears in the documentary Orson Welles: One-Man Band. The editing is lightning fast, very modern day (think Michael Bay) giving a scene of mere dialogue the feel of an action adventure with its rapid pace. Similar editing abounds in F is For Fake, the last film Welles completed. 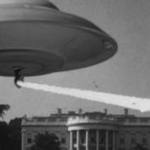 F is For Fake (Criterion Collection, 10/21) purports to examine fraud in art, in literature and in film. Welles combines imagery from such diverse sources as Earth vs. Flying Saucers as well as footage Welles shot with Oja Kodar, Clifford Irving (who spent 17 months in prison for writing a fictional autobiography of Howard Hughes), and fine art forger Elmyr de Hory. F is For Fake unwinds in the manner of a documentary essay where Welles tells us right from the start that not everything we witness will be true.

F is For Fake starts with Welles doing magic tricks but when his hand is at the bottom of the frame or when there is a cut how can we be sure the trick was real or courtesy of the magic of cinema. Shortly thereafter there’s a mesmerizing sequence of Kodar simply walking accompanied by the reaction shots of men looking at her. Sounds like a simple scene yet it’s so briskly edited with quick cuts, freeze frames and musical cues that you realize you’re watching it for the sheer beauty of its kinetic movement. 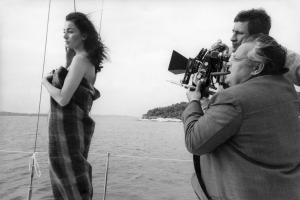 Welles had worked for Howard Hughes when he made films at RKO Studios and offers his own reflections of the man to go along with the now famous press conference where Hughes was interviewed by a round table of journalists by telephone regarding the Irving scandal. They were interviewing his disembodied voice Welles points out.

Extras on the Blu-ray include the documentary Orson Welles: One-Man Band, an hour documentary on de Hory, a 60 Minutes interview with Irving from 2000, the audio from the Howard Hughes1972 press conference, commentary to the film by Kodar (who also co-wrote the film in addition to appearing throughout), and an excellent Welles television interview on the Tomorrow show (hosted by Tom Snyder). There’s enough here to keep you occupied for a while, all of it fascinating.

20 Wave Caps: The Best of The Week