Decrease Font SizeIncrease Font SizeText SizePrint This PageSend by Email
Directors like Olivier Assayas and his latest film Clouds of Sils Maria are the icing on the cake for cinema mavens. Many people go to movies for entertainment but at a certain level, perhaps a result of watching too many movies, a person tends to separate the wheat from the chaff. You don’t have to be a film snob to appreciate Clouds of Sils Maria but it helps.

Leon casino, Assayas while well known in film circles as the director of films like Carlos and Irma Vep, two films that are as different as night and day by the way, doesn’t make waves outside the perimeter of art houses. And just as the foodie knows how awesome roasted beets are, the average movie-goer has no idea of what they’re missing because they won’t go to see a French film (that’s mostly in English) where people walk and talk for two hours. 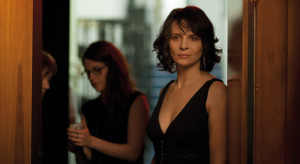 Juliette Binoche plays a diva, a hugely successful stage and film actress at the crossroads of life. Too old to play the roles that made her famous Binoche reluctantly agrees to return to the very play that was her breakthrough, a play called Maloja Snake that revolves around a younger and older women. The ending of the play is not happy. This time around Binoche will play the older woman.

Clouds of Sils Maria co-stars Kristen Stewart as Binoche’s personal assistant, and Chloë Grace Moretz as a tabloid fodder actress who will play the younger femme in the play. The film’s title refers to the Swiss town of Sils Maria, situated in the Alps, and the phenomenon of maloja clouds, which are clouds that move in a serpentine manner through the peaks of the mountains.

Assayas moves the action between the ladies, their motives, and the behavior of the clouds. At one point we are treated to a clip from a silent German film that first captured the cloud movement, Das Wolkenphänomen in Maloja.

Clouds of Sils Maria opens this weekend at the River Oaks Theatre.