Eye Candy (On a Stick)

Leon casino, Looking to look at some art this weekend? Look no further.

At Winter Street Studios, Fresh Arts brings you Jamie Ellen Davis’ troublewithwords, a collection of simple organic drawings, prints, and work drawn directly on the gallery walls that collectively create an autobiographical narrative of how her severe learning disability has influenced her work. This self-exploratory exhibition invites you into a world where distorted words become objects to be seen as a whole as well as read. Davis comments, “The work employs text as an aesthetic rather than semantic material. It shifts the verbal to the visual and by doing so changes the primary ways in which we process and produce information.” The exhibit reception begins at 6pm in studio B11.

In MECA’s first faculty exhibition of 2015, Visual Art Director and Curator, Grace Zuñiga brings you Sweat of the Sun. With golden paper fibers, thread, metal, and resin, Zuñiga explores their innate materiality and works toward manipulating them in order to reassign formal structures and applications. She took inspiration from the Incan belief that silver was the “tears of the moon” and gold was the “sweat of the sun,” focusing only on the latter. Zuñiga has shown nationally and internationally at The Sharjah Gallery in Cairo, Egypt, The Mexic-Arte Museum in Austin, Texas and venues throughout Houston. The exhibit reception is from 6-8. 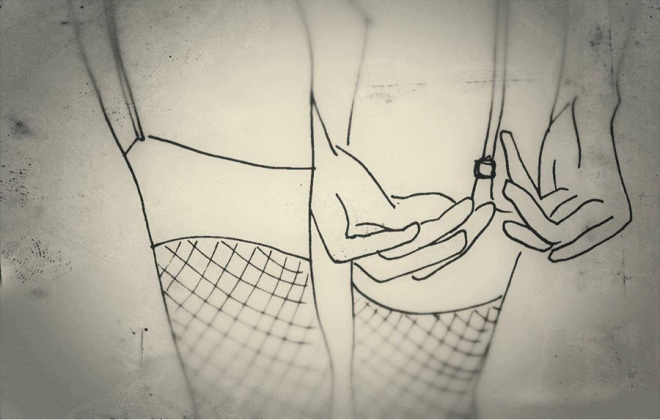 The Museum Experience returns with the first quarterly block party featuring the Houston Center for Photography, Menil Collection, and Rothko Chapel. Activities include live art on the Menil lawn, a photo scavenger hunt, poetry workshops, musical performances by Da Camera of Houston Young Artists plus the unveiling of an unexpected new home for contemporary art: the Menil’s Byzantine Fresco Chapel. Check out the schedule:

11am – 6pm Photo scavenger hunt! Houston Center for Photography dares you to be creative and capture details with your camera from the surrounding buildings and nature.

12pm and 12:30pm Writers in the Schools (WITS) host two 30-minute workshops and readings at The Menil Collection.

1pm – 2pm Join an acroyoga jam on the Rothko Chapel lawn. Open to everyone. 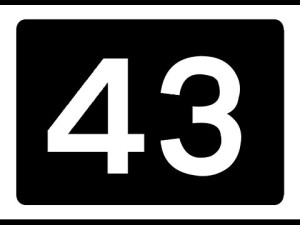 G Gallery Houston honors the lives of the students of Ayotzinapa and recognizes the commitment made by those students to bring light to causes of social injustice and inequality in an art show entitled 43. Our community welcomes their families who are currently undertaking a tour of major North American cities through the Spring of 2015 as they strive to build solidarity for their loss with citizens across the country, and to inspire a renewed awareness of the significance of their sons and daughters disappearance.

In anticipation of the families’ formal visit to Houston in March, local collaborators organized the show to raise funds and public support to assist with their travels. In addition to original works created by local Mexican artists especially for this cause, the exhibit will feature a range of performances.

In the spirit of solidarity with the families of the 43 missing students, join us from 5-9pm as we support their effort to sustain public interest in their cause. By coming together we can ensure that the voices of the people of Ayotzinapa resonate, and shape their experience into one that leads toward healing and the advancement of human rights everywhere.

Continuum Performance Art invites you to Subliminal Fixtures, a night of performance art that investigates the home environment as an evocative object. Held at the East-Klectic, Houston’s newest Apartment Gallery/Airbnb, the house is the Museum and the humans are the living, breathing works of art. The show will feature Houston artists Emmanuel Nuño Arámbula, Caitlin Scott, Jana Whatley, Clay Zapalac, Marisa Miller, Evan McCarley, Jonatan Lopez & Sandy Ewen, Hilary Scullane , Josh Urban Davis, Manola Maldonado, Julia Claire Wallace, Raindawg, ReneeCosette, Koomah, David B. Collins, Y.E. Torres and Alex Tu as well as guest artists from Oklahoma, Lindsey Allgood and Eric Piper. Every domestic space of the East-klectic will be activated with a variety of site specific, durational and audience participatory pieces. Each artist will meditate on the space and become a fixture within the room through their interaction with their environment. The event is from 9 to midnight. 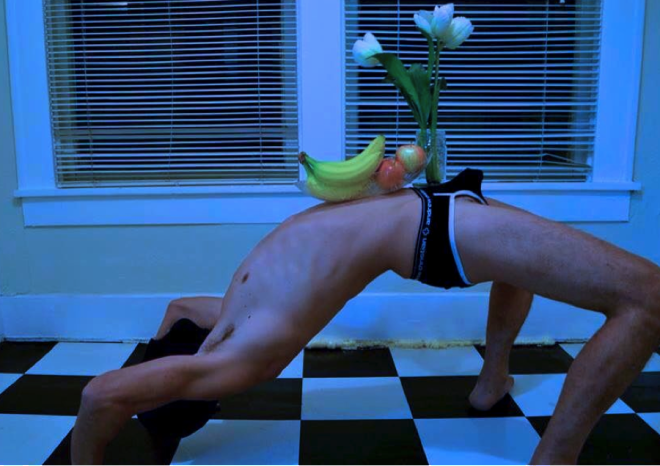