Soft Diet: Attachment Theory and the Work of Emily Peacock

In 1973, Mary Ainsworth, a psychologist who provided one of the most famous bodies of research on the differences in individual attachment, wrote that attachment is a deep and enduring emotional bond that connects one person to another across time and space. Throughout her body of work, Emily Peacock not only displays but exudes a strong sense of attachment to various members of her family. A large portion of her portfolio directly features her family members as the subject, but in her latest exhibition, Soft Diet — on display at Hello Project Gallery through February 7 — Peacock deviates from this tendency. Though a majority of the work still features members of her family, she focuses on manipulating items to depict the tactile experience of caring for her mother in a time of illness, and ultimately her passing. 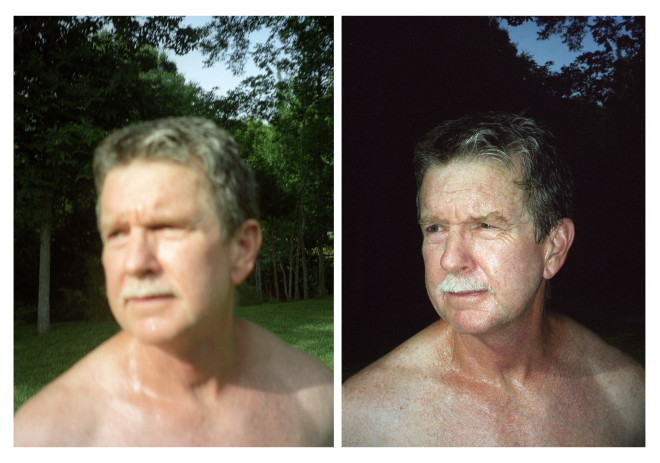 Much of the work exhibited in Soft Diet is taken from a new body of work produced during this vulnerable time in Peacock’s life. Spending time with her mother, Peacock sifted through the family albums that her mother collected. “I am not even sure how she found the time to make the albums,” she said. “My [maternal] grandmother made each of her grandkids an album, and when they graduated high school, she would give it to them. So, I believe my mother was influenced by her mother.”

In attachment theory, adult behavior towards the child centers around sensitive and appropriate responses to that child’s needs. A positive relationship, particularly early on, influences the ways in which we form relationships throughout life. This trend appears to be universal across cultures, and attachment theory seeks to explain it. 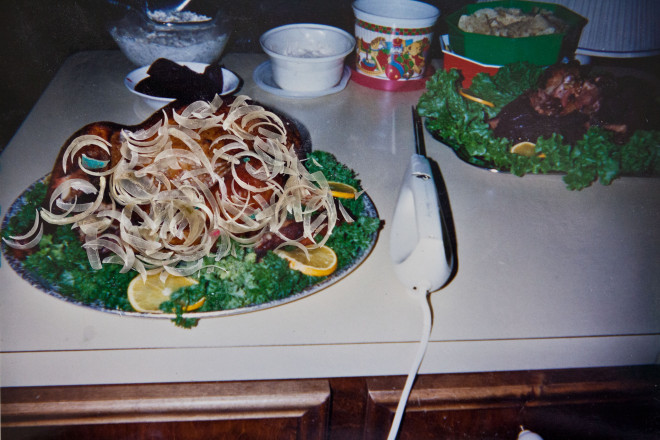 “She has influenced everything about me,” Peacock said when asked of how her mother has affected her artistic practice. Much of the research done in psychology has honed in on the ways in which people, particularly as infants, form attachments to others. Acknowledging attachment is simple because we know how we feel when we are apart from someone. As adults who are not stunted emotionally, we find ways to describe this feeling.

While Soft Diet isn’t solely about her mother, Peacock expresses a strong sense of attachment throughout the work. “I would say the entire show is a reference to what I was experiencing; it was all made during the past six months,” she said. “It is completely my experience with taking care of my mother and family.” 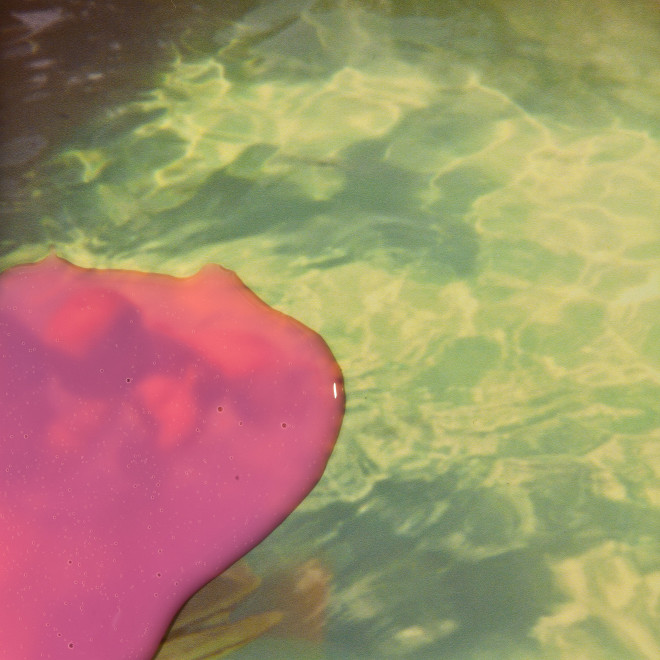 “During her decline, I never wanted to photograph her, or make photographs,” she said. “It wasn’t until I began to look through over 20 photo albums that my mom put together of our family that I started to put things together.”

Throughout this new divergence, Peacock simultaneously exposes family photos as objects that people form attachments with and alters them in a meticulous, caring way that shows how difficult letting go can be. When asked about the process behind the works, Peacock said that she had no particular goal when she first started but wanted to toy with the idea of “ruining” the photographs. “I was experimenting in my studio and I was feeling like all these photographs and albums were ruined now that my mother was ill and dying,” she added. 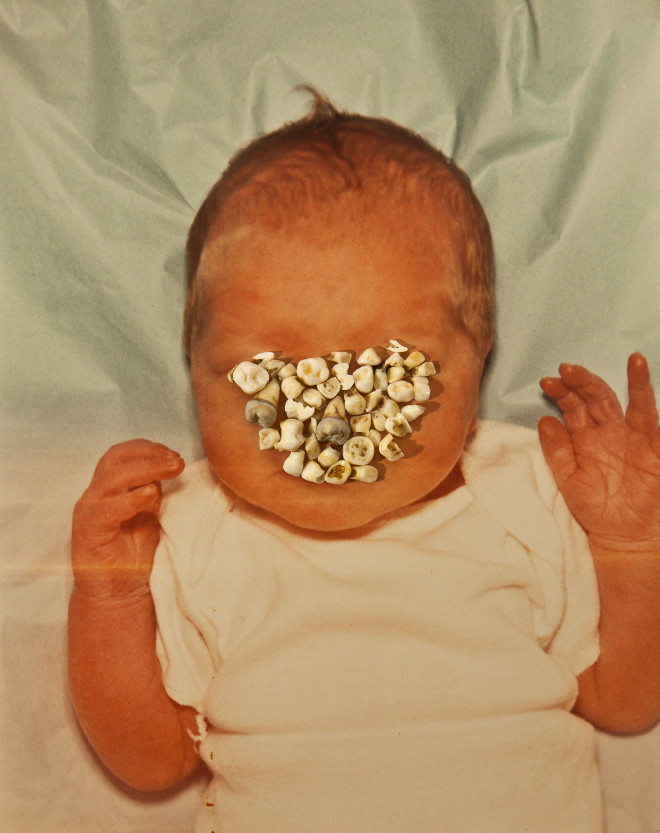 By layering objects over the works, Peacock explores the relationship we hold with these objects. She takes the precious memories of her family that her mother collected and transposes a new meaning onto them. Exposing a photograph as an object, over the romantic idea of its role as a memory, can be done in numerous ways. Peacock’s decision to place objects over these family photos seems to mimic the way in which she processed her mother’s diagnosis and decline on an emotional level. It’s far easier to burn a photo than to gather toenails.

“I definitely knew that I wanted to use the family photographs, and when I made the first image of my baby teeth, I knew I was on to something.” While experimenting with these objects, a timeline develops that shows her comfort with physically altering these formerly precious memories growing. The placement of her own baby teeth and the toenails over the initial photos in the series is done with a level of precision that denotes the sentimental attachment she must have felt when first deciding the photos would be her subject. As the series progresses, this composed hesitation is replaced with bolder moves in sweeps and spills of paint.

Because contemporary medicine has led to a time where people experience parental loss in adulthood instead of childhood, research pertaining to attachment theory has been expanded into how we maintain, disrupt, or dismiss the relationships that initiated our attachment behavior.

Victor Cicerilli purported that adult attachment motivates caregiving as sons and daughters seek to protect those they feel attached to in order to maintain emotional security. Attachment theory would lead us to conclude that our own well-being is at stake when we lose a parent. Without a solid means of expressing or releasing this loss, a stable adult cannot move forward.

With Soft Diet, Peacock shares her means of release, providing insight to those who have yet to experience this loss. “Although the work is out of my experience with taking care of my mother, I will say that I don’t believe that the viewer has to know all this information to get something from the show,” she added. While this work was produced and heavily influenced by her mother’s illness and passing, it plays with many ideas of memory, love, repulsion, and sadness, any of which viewers can draw on to form their own attachment to these objects.

Emily Peacock’s Soft Diet will be on view at the Hello Project Gallery at 3508 Lake Street (near Richmond @ Kirby) through February 7th.

Ballad Of Lemons: The Best of The Week